"What started as a day of celebration for Black organizers, voters and other Georgians who helped deliver two historic Senate runoff victories was overshadowed Wednesday when a mostly white mob of President Donald Trump’s supporters stormed the U.S. Capitol. But Black leaders and organizers say the rioters’ insurrection won’t deter the momentum achieved after the hard-fought victories of Georgia Democrats Jon Ossoff and Raphael Warnock. Instead, it serves as a harsh reminder of the work that lies ahead for the nation to truly grapple with white supremacy and racism, which Trump’s presidency emboldened"
... ended with the death of a US Capitol Police Officer
Seattle Times staff & news services

Mr Trump and some senior Republicans have frequently repeated baseless and disproved allegations of voter fraud, even as Congress met on Wednesday to certify the election results. In an extraordinary statement from the only living former Republican president, Mr Bush said...
"I am appalled by the reckless behaviour of some political leaders since the election and by the lack of respect shown today for our institutions, our traditions and our law enforcement. This is how election results are disputed in a banana republic - not our democratic republic".
Josh White in the US for The Telegraph Four Years the Trump administration saw US climate policies rolled back and environmental regulations weakened, Mark Rowe examines the USA's vulnerability to climate change and asks what the future might hold under Joe Biden.

As Mark Rowe has said: "Had John F. Kennedy been in the White House over the past four years, rather than Donald trump, he might have updated his most famous call to arms and declared: "Ask not what the climate is doing to your country, but what your country can do for climate." [IT] was in fact, another North American, the Canadian former governor of the Bank of England, Mark Carney, who came up with this phrase during a 2020 BBC Reith Lecture.

Carney's call was directed at the international community, but it had a pointed reference to the USA. Much has been rightly made of the impact of our changing climate on the most vulnerable and developing parts of the world, where economies and peoples are least able to cope and sit in the crosshairs of extreme weather and rising tides. BUT the USA [IS] NOT EXEMPT. 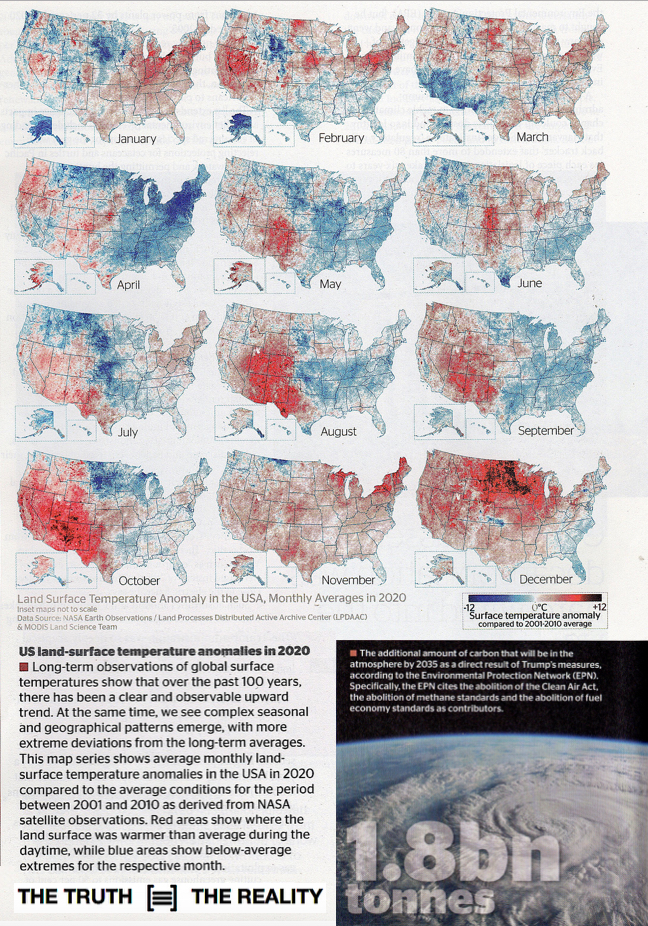 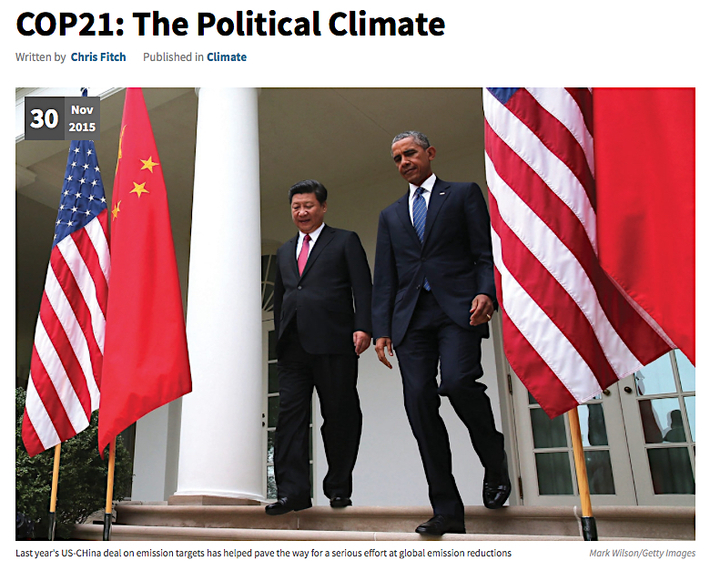 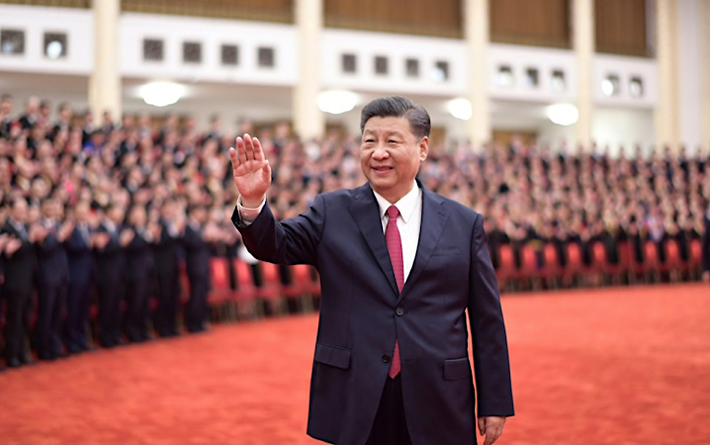 Any summit that doesn't include credible commitments from the main sinner, China's Xi Jinping, is going to be a largely pointless affair. Time to start managing down expectations. It seemed to be an early triumph for Boris Johnson’s premiership when Glasgow was chosen two years ago to host the Cop26 Climate Change summit, just the sort of thing he needed to showcase Britain’s new, post-Brexit leadership role in the world. Yet now just a few weeks away, the conference shows every sign of turning into a public relations disaster – at best a damp squib, and the way things are going, very possibly an abject humiliation.