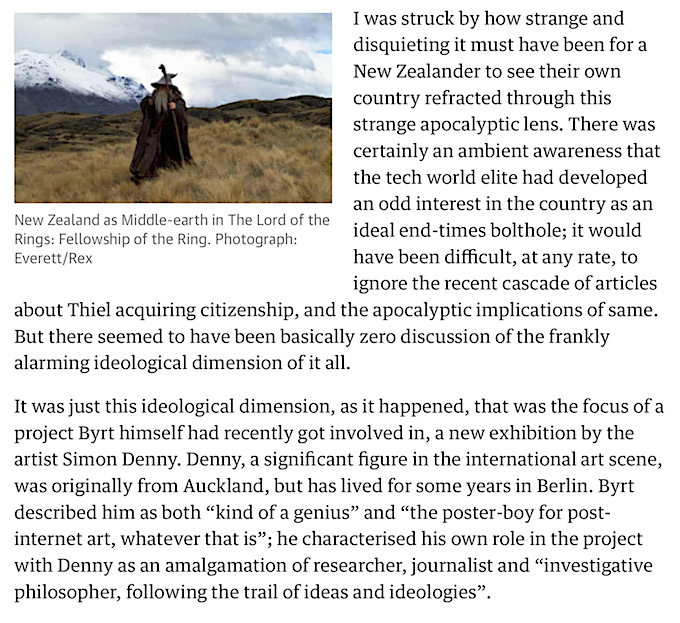 The exhibition was called The Founder’s Paradox, a

How to Build the Future. Together with the long and

accompany it, the show was a reckoning with the future

to build, and with New Zealand’s place in that future.

These were questions I too was eager to reckon with.

Which is to say that I myself was interested – helplessly,

morbidly – in the end of the world, and that I was therefore

interested in New Zealand. And so I decided to go there, to

see for myself the land that Thiel had apparently set aside

for the collapse of civilisation: a place that would become

for me a kind of labyrinth, and whose owner I was already

beginning to mythologise as the monster at its centre.