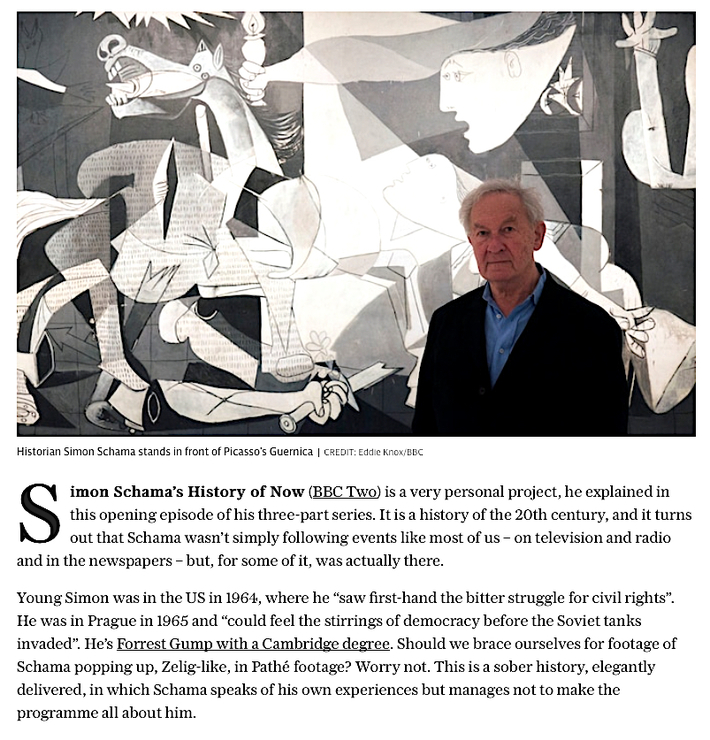 In an interview last week, he revealed that the producers had to talk him into the personal reminiscences, which he had not intended to include in the script. For a public intellectual, Schama appears to have only a moderately-sized ego. I remember a debate some years ago about whether or not Schama was dumbing down history. That idea sounds laughable now, set against the current TV landscape. And Schama’s job is not to present programmes in the style of dry academic lectures, but to communicate information and ideas with fluency, which is something he usually manages to do. 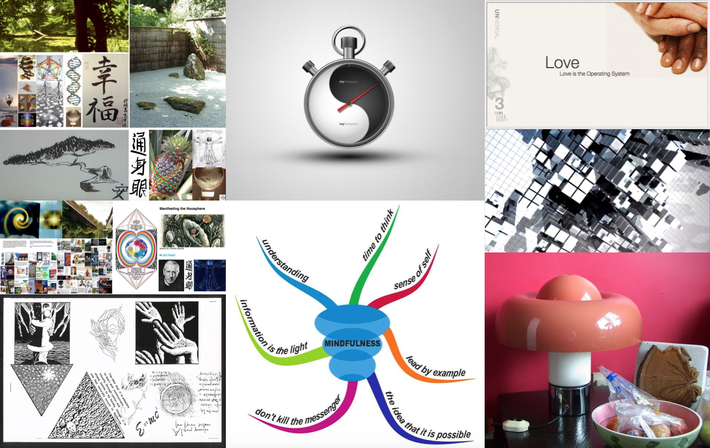 A series can’t possibly cover every aspect of 20th-century history and politics, so Schama has hit on two ways to approach his subject: by looking back over his own lifetime, and by focusing on the arts as a force for political change. He begins with his birth, giving it a tinge of Midnight’s Children. “I came into the world to the soundtrack of history.” As V-2 rockets fell on London, Britain and the US bombed Dresden. Wandering through the wreckage of buildings as a child, Schama told us, “even then I understood a new kind of warfare had been unleashed on the world, and us defenceless civilians were its targets.”

With regard to and respect for the very FUTURE of Spaceship Earth     should we not now be asking ...

Where is the new Guernica ? ... which could be the interactive multimedia presentation ...of the solution to the dilemma of why we fight !

[BE] sure to watch the Guernica 3D youtube video