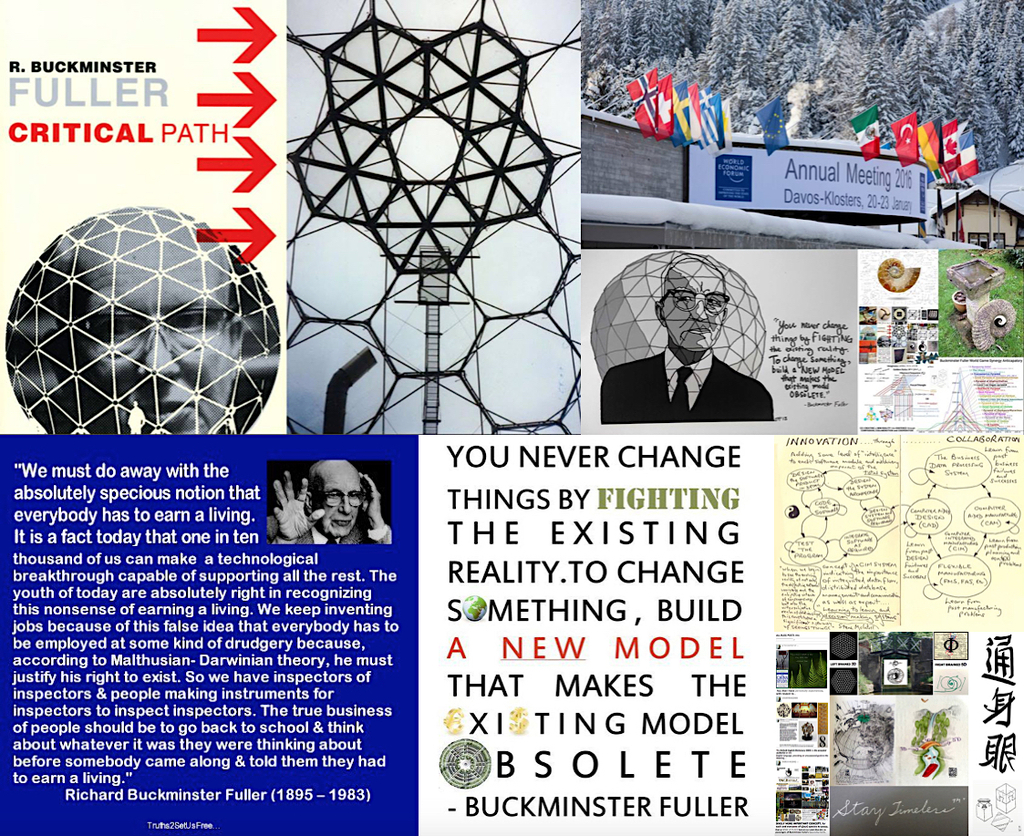 NOW K•N•O•W about our relationship with Spaceship Earth and [IT]s interrelationship with the MAJESTY of the KOSMOS, has happened during the last three-score years and ten of my own life here on our pale blue dot, and that more specifically THE uniqueness of THE group of islands off the northwest shores of the European Sub-Continent of Asia, which today constitute the nations of the UK and Eire, stems from the fact that Cornwall, as the centre of tin-mining for that group of islands, was the epicentre of the development of the Bronze Age, because [IT] was only one of 10 places on earth where tin has ever been mined. So let those that subscribe to THE MINDSIGHT of THE curious case of [BE]ing BRITISH ~  NOW rejoice in the fact that the so-called BREXIT looms large and pay homage to that man of ultimate wisdom from across the seas, who IS absolutely responsible for that which we all know as THE EDEN PROJECT, namely Buckminster Fuller, who so succinctly proposed that …

“ WE ARE called to [BE] architects of the future, not [IT]s victims and that YOU NEVER CHANGE THINGS by fighting the existing reality, because to change something, you need to build a new model that makes the existing model obsolete ”