EXCELLENCE is a process, not just an outcome ...

Sure, we have to hold out for high standards in the products

or services we provide. The goods must always be more than

"good enough." But so must our approach - you know, our

methodology, the way we do business and deal with people.

How could the ends be considered excellent if we can't be

proud of the means?" ~ Price Pritchett

[IT] IS TIME for ALL the passengers of Spaceship Earth, to

take a leaf out of Buckminster Fuller's books of LIFE and

realise that LOVE IS the operating system of LIFE and that

it is indubitably the case, as SO many before us have

THE LOVE of NATURE is in[DEED] the NATURE of LOVE

To paraphrase Tony Buzan's THE HUMAN BRAIN AND THE
GLOBAL BRAIN - THE human brain, of course, comprises
10 billion small and amazingly complex brain-cells -
each and everyone an independent intelligence in its own
right - with hundreds of octopus-like tentacles - each with
thousands of sucker-like connections - ALL of whic
can inter-connect with every ONE of the other 10 billion
similarly independent intelligences. 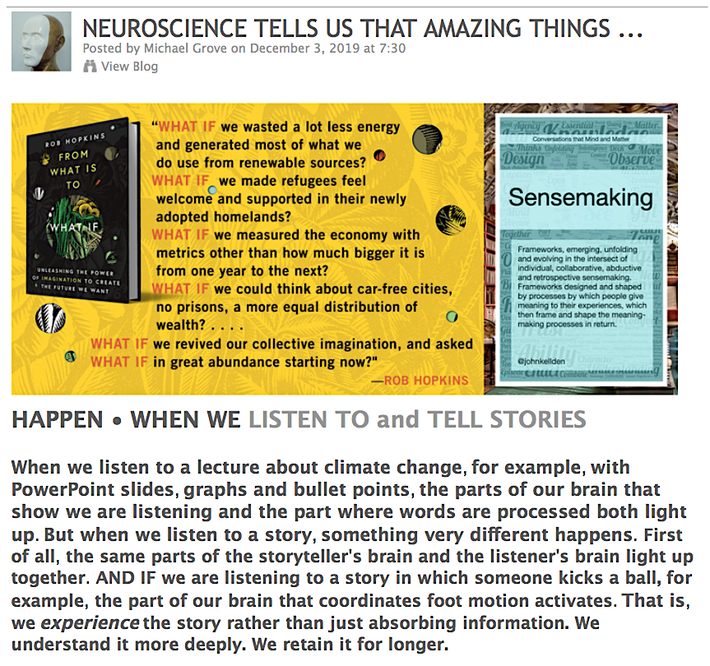 INFORMATION IS the LIGHT of KNOWLEDGE ...
KNOWLEDGE + IMAGINATION are the source of IDEAS ...
IDEAS can lead to the sharing of a wealth of understanding which
provides the potentiality of the qualitative enhancement &
advancement of the EVOLUTIONARY PROCESS. The future of that
process, however, since the outset of homo-sapiens-sapiens,
has been in the "hands" and MINDs of OUR species. A species
which is driven by the dual concepts of ... benefit for the
individual and benefit for the collective. Concepts which
can so easily be diverted to the use of the power of knowledge ...
for GOOD or EVIL. 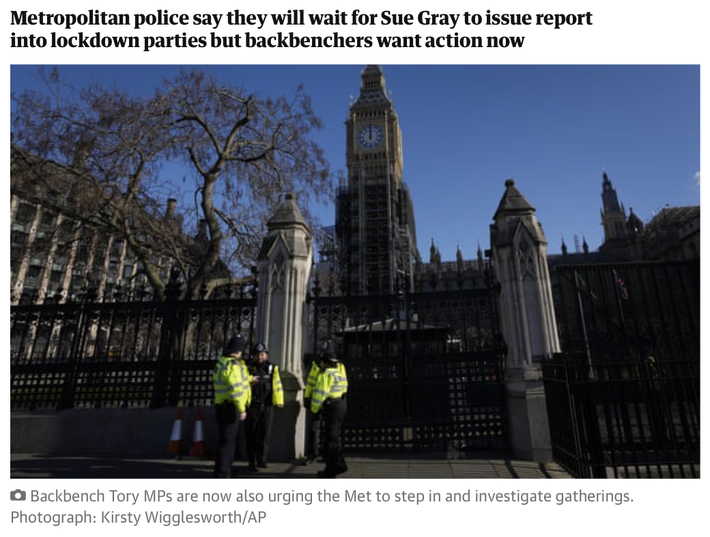 Tory MPs back a criminal investigation into

that which has now been referred to as partygate

Pressure is building on the Metropolitan police from

Tory MPs who want the force to investigate Downing

Street’s lockdown parties regardless of the findings

of the Sue Gray report this week. Although many

MPs have said that they are withholding judgment

until the outcome of the Gray inquiry, some believe

that the details of what is already publicly known

are sufficient to merit police action.

The Met’s stance, reiterated again on Saturday, is

from the senior civil servant before deciding whether

to investigate if potential criminal offences are

unearthed. Since news of the first party emerged,

opposition MPs have been calling for the Met to

urging the force to step in.

SO why is she in charge of the partygate inquiry?