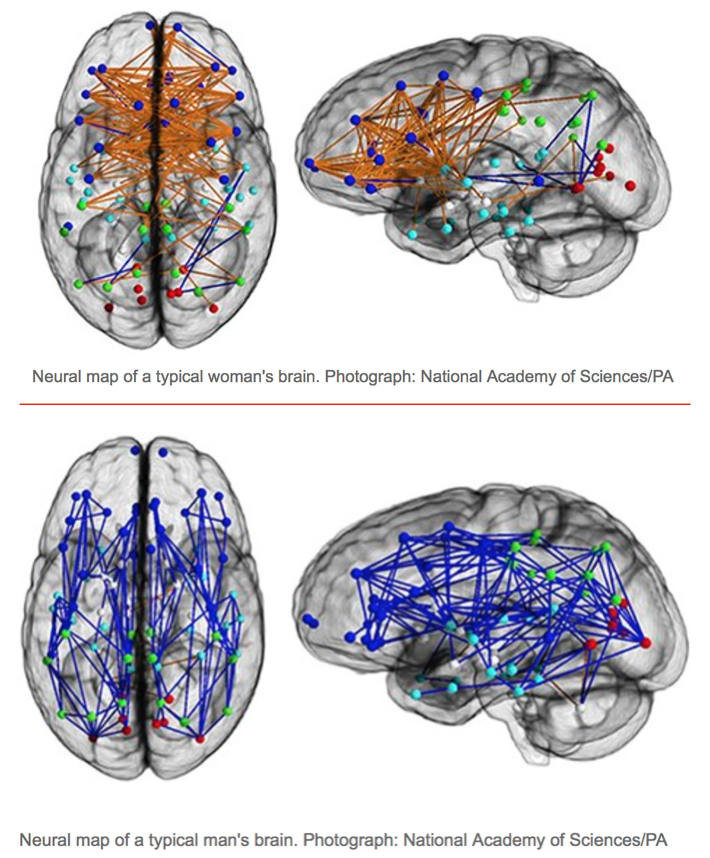 Maps of neural circuitry show women's brains are suited to

while those of women are better connected from left to right.

of male versus female subjects older than age 13. The cortices in female

brains were more connected between right and left hemispheres, an

arrangement that facilitates emotional processing and the ability to

infer others’ intentions in social interactions. In male brains, however,

the cortex was more connected to rear brain regions, such as the

cerebellum, which suggests greater synergy between perception and

are wired in healthy males and females. The maps give scientists a more

complete picture of what counts as normal for each sex at various ages.

Armed with the maps, they hope to learn more about whether abnormalities

in brain connectivity affect brain disorders such as schizophrenia and