When a man tries to own 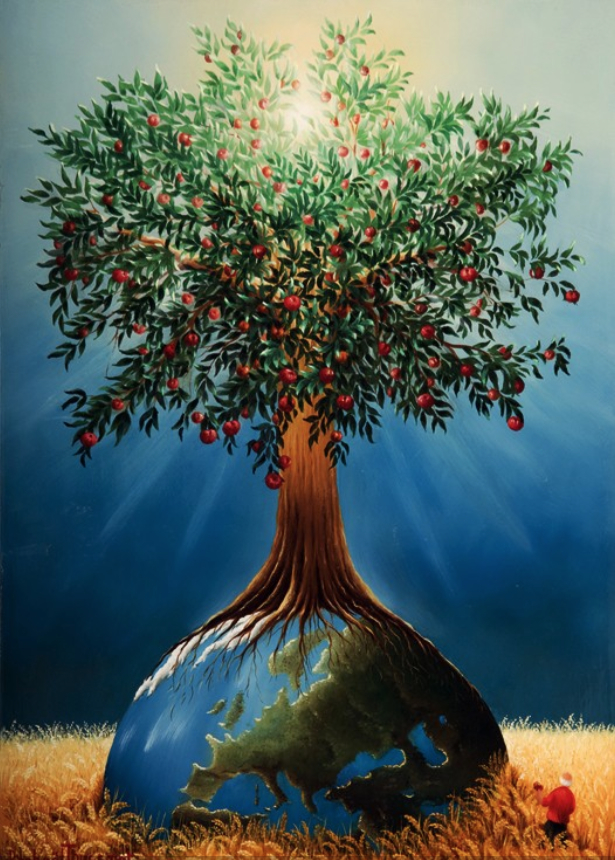 ... an individual, whether that individual be another man, an animal or

even a tree, he suffers the psychic consequences of an unnatural ACT.

Individualism is a term which refers to a moral stance, political philosophy, ideology, or social outlook

which stresses the intrinsic worth of the individual. Individualists promote the exercise of the desires

most forms of imposed interference with the interests and rights of individuals, whether by society,

family or any other group or institution.

Their body plan eventually becomes fixed as they develop, although some undergo a process of

metamorphosis later on in their lives. Most animals are motile, meaning they can move spontaneously

and independently. All animals must ingest other organisms or their products for sustenance (see

In botany, a tree is a perennial plant with an elongated stem, or trunk, supporting branches and leaves

in most species. In some usages, the definition of a tree may be narrower, including only woody plants

with secondary growth, plants that are usable as lumber or plants above a specified height. In looser

senses, the taller palms, the tree ferns, bananas and bamboos are also trees. Trees tend to be long-

(379 ft). Trees have been in existence on the Earth for 370 million years. Trees are not a taxonomic

branches as a way to tower above other plants to compete for sunlight.

THE indomitable ginkgo reminds us to take the long view

Trees such as ginkgo, which connect us to the history of our planet,

calibrate the speed of environmental change and provide reverence

for its longevity, as perhaps the world’s most distinctive tree.