A new kind of time

The emphasis that science has placed on one particular form of

observation has made any kind of unified view quite impossible.

As said here before and often complained of elsewhere, the dualistic

view is self-justifying. It makes a (quite spurious) claim to "objectivity"

possibility of delivering the "truth". The objectivity is spurious because

that choice of perspective is a subjective one. Perhaps more importantly,

it is quite simply out of touch with the scientific nature of reality.

Remember, we have used science itself both in

our method and our reasoning, to establish that

the "mind" and the "matter" are not in any way

Put another way, we have provided scientific evidence for the

existence of those things which people describe as "spirit", 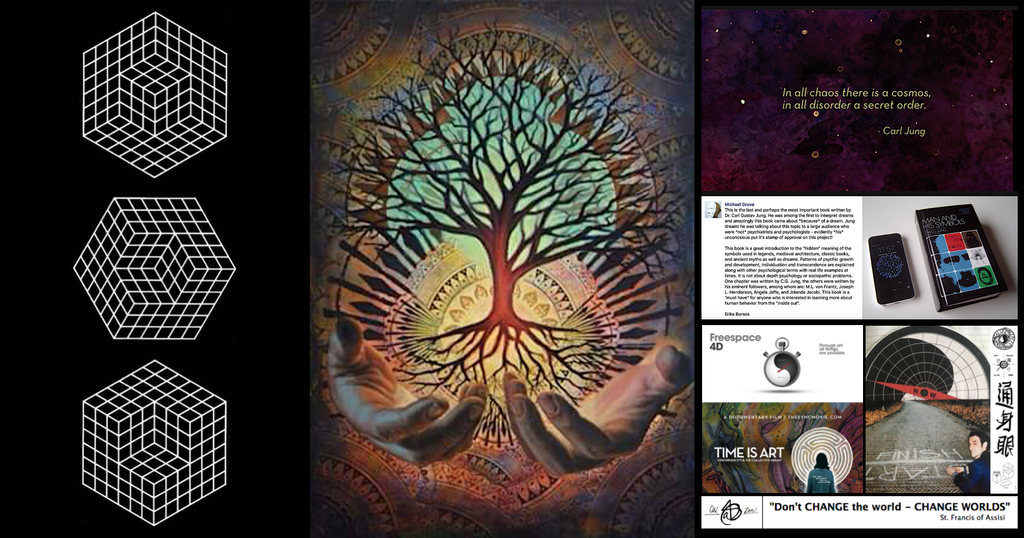 Those who preach “one path” and DO NOT leave room for

future realities are not only dishonest fools, likely obsessed

with honours and personal wealth, but are likely unable to

face their likely many past/future mistakes.

The 4th Dimension began with the Christ teachings, to honor and love the self and others, but humankind did not want to listen” (16). Sheila Peterson-Lowary. The 5th Dimension: Channels to a New Reality, 1988).

Christianity and Judaism
are religions of exile:
Man was thrown out of the Garden.

The serpent
Was the wise one in the Garden. Adam and Eve

“This is precisely the key to what may well be one of humankind’s greatest leaps in understanding the way the universe works: the fact that time and the things that happen within it are intimately connected as two parts of the same essence—they cannot be separated (96). Physicist, John Wheeler (quoted in Gregg Braden’s Fractal Time: The Secret of 2012 and a New World Age, 2009)

“Wisdom is reflection in time. Knowledge is static and timeless. It is the moment before the Big Bang, the explosion brings Understanding through the fourth dimension, which is time” (Foreward: RZA, The TAO OF WU, 2009).