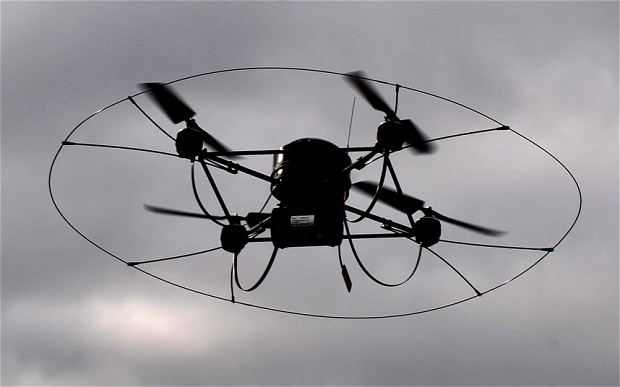 proper democratic oversight and amid concerns over close links between industry and officials,

a report from a civil liberties watchdog has found. Neither the House of Commons nor the

(UAVs) which are being designed to police Europe's skies on law enforcement missions.

and the area around it. From  this month officers are running a trial using a small unmanned

The system will be able to beam live high-quality pictures to officers on the ground, allowing them to

more quickly assess locations and film incidents from above. An officer will control the aircraft from

the ground, in line of sight, using a portable console from up to 500 metres away. The trial of the

how effective it could be in policing

venturing into hostile environments are being developed by engineers at the University of Sheffield.

and as being like a 'festival for finance': it didn't disappoint. Taking place in a giant tent in London,

containing igloos, a magician and a bar, the event was an attempt to foster wide-ranging discussion

on the economic trends shaping our future. I had been invited to take part in a panel discussion on

the topic of ... 'ALL your jobs belong to the robots'

become difficult to keep track of the entire range. The market offers diverse systems, and

there is no universal classification. The US military uses a tier system with specific UAV

requirements (e.g. they must offer particular levels of range or endurance). In general, systems

tend to be classified by measurements or specifications, which can relate not only to range and

distinctions are the build type and the engine used. The following table gives a brief overview

of the advantages and disadvantages of different build types 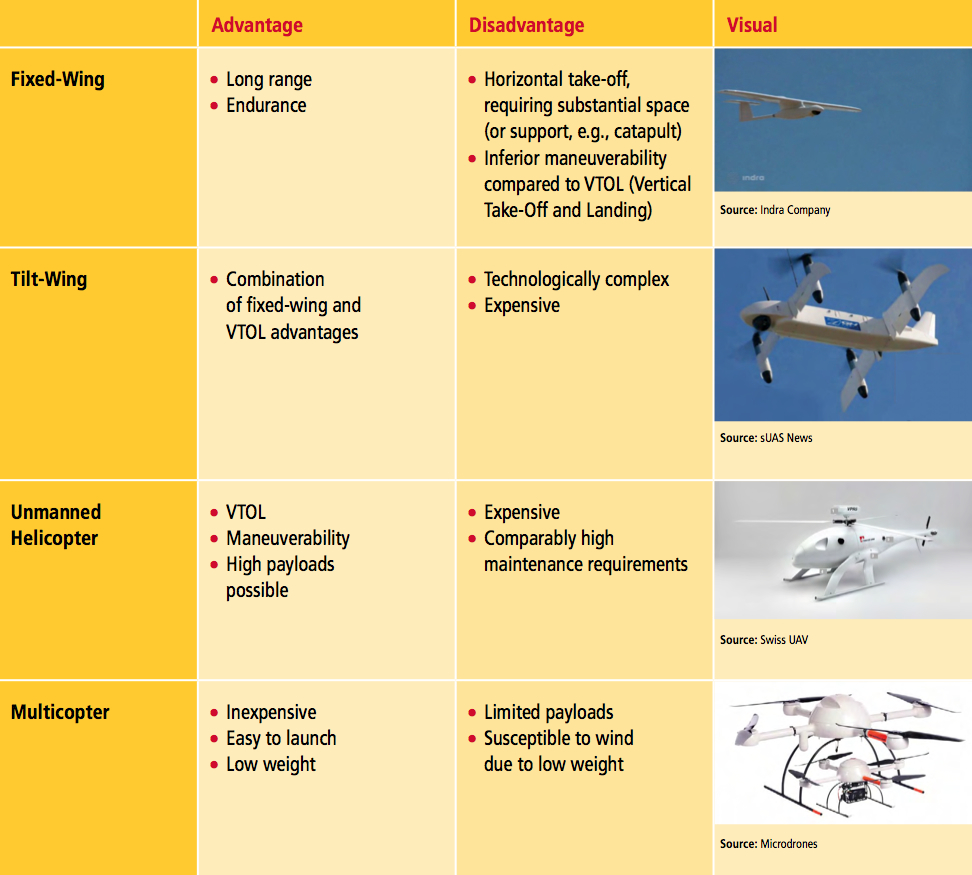 We've written extensively about "swarming" robots before, but THIS IS a serious swarm if we've ever seen one--right down to the high-pitched cacophony of rotors that sounds eerily like a hive of bees moving en masse. But it's the way these nano quadrotors swarm--seemingly aware of each other and of each individual's place in space--that's truly fascinating.

The owner of THIS drone, filmmaker Mark Devries, had an idea of what he'd discover here, but still ... whew. He wanted to get a look at some pig farms operated by Murphy-Brown, a subdivision of Smithfield Farms, far and away the world's largest pork producer. There are over 2,000 farms like this in North Carolina alone.

Drones are a real buzz term these days. People are flying them for fun at home, filmmakers are

shooting amazing movie scenes with them and the military are using them to fight wars overseas.

They have developed a bad reputation in recent times for military reasons, but the unmanned aircraft

have so much potential to shape the world we live in for the better. Thankfully, there are some

development. Here is a list of the top ways drones can make a difference.

For law enforcement officers around the world, partnering with animals is a time-honored

tradition. Mounted police do their duty on horseback -- and, in some countries, camelback.

Specially trained dogs serve and protect by sniffing out drugs and explosives. But in the

to take down illegal aerial drones. 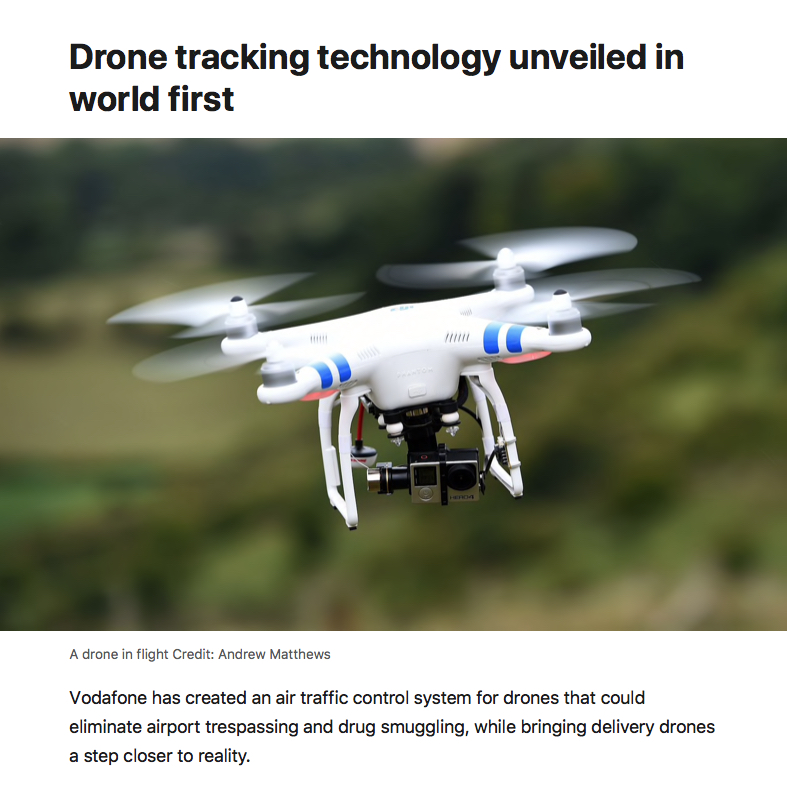 Drones are too small to be tracked by conventional radar systems, but Vodafone has created a  4G network SIM card that makes them visible on air traffic control systems and allows operator greater control if they go off course.

The world-first Radio Positioning System can track a drone in real-time with up to 50 metre accuracy by the operator and authorised bodies like air traffic control. It can force a drone to land automatically or return to the operator if it approaches excluded zones like airports and prisons.  It also has an emergency override function.

The phone company has been working with European regulators to create the system and have already tested it on a  1.3 metre wingspan, 2 kg X-UAV drone. Throughout the preliminary trial - which took place over a 32km course around the town of Isla Mayor, near Seville in Spain - the drone transmitted a real-time HD video feed and flight data including speed, RPS location and GPS coordinates.