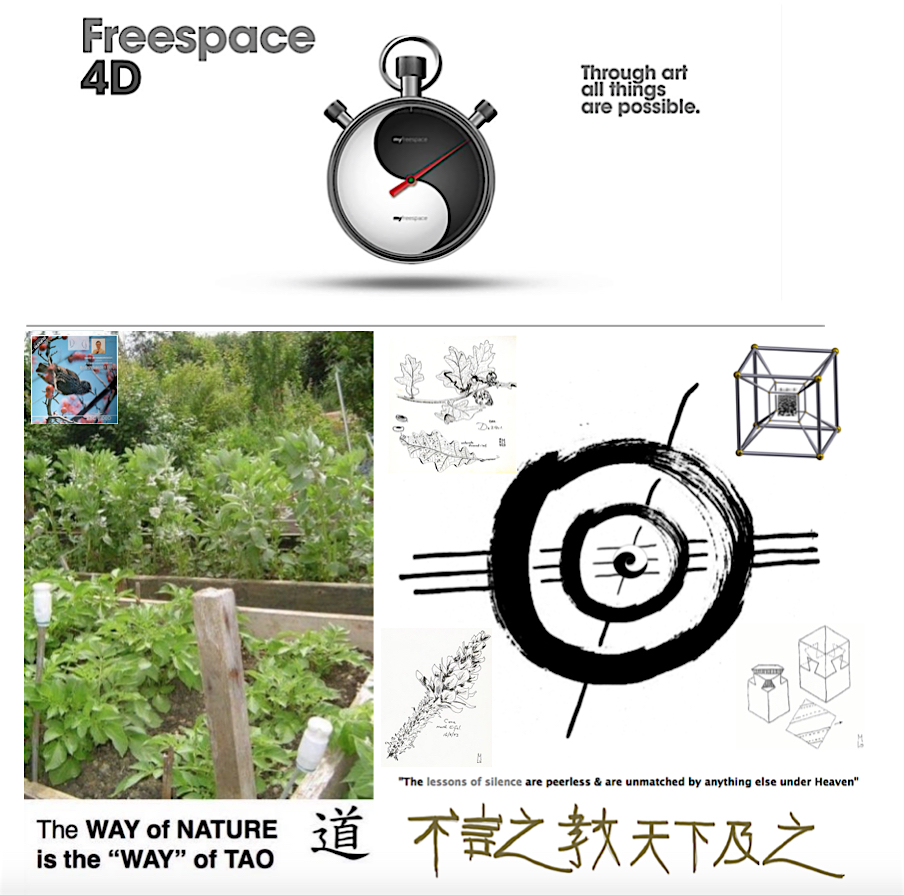 ... of Homo Sapiens Sapiens, to its intimate "connessione with nature"

• as a result of y[our] species evolution of consciousness, over the

last fifty millennia • IS manifesting itself, because of just one of the

many keys to understanding, which IS the need to acknowledge the

concept of ... SEEKING LESS and LESS about MORE and MORE

• NOT  MORE and MORE about LESS and LESS.

THE three dots [•••] of course, represent PAST, PRESENT & FUTURE,

which as the passengers of Spaceship Earth, encapsulated in their

own BIOSPHERE of LIFE, travel in a cascading spiral throughout this

ONE COSMOS of ours, NEVER in the same place in space/time,

the insight of perception arises that ...

THE ART of the POSSIBLE "connessione with nature" between every

one of the passengers of Spaceship Earth [•] a yin & yang space, where

mutual benefit of the KOSMIC DANCE of the MIND.

Facebook has established the seed of potential germination of

THE ONLY realistically significant Social Networking SURFACE, on

and around which the passengers of Spaceship Earth, can project

their works of art as a GLOBAL T.E.A.M. to build an alternative

system of LIFE, on planet Earth, which will ensure an appropriately

"MINDFUL of GAIA" solution for HUMANITY's

THE FIFTH INITIATIVE is the name of the Company Collective of

Individuals, who as a T.E.A.M. of SOULS UNITED in 'UNICITY', are

of their lives, immortalizing [us] for future generations, to read about

and continue evolving the basic grassroots model we are the first

becoming aware of the need to embody the mindset-SWITCH to

Freespace 4D™ - never forgetting that A VISION for CHANGE must

focus initially on the motivation to rendezvous with destiny.

The REALITY IS that DESTINY IS that which one discovers ... IF every

opportunity, with which you are faced, is responsibly and positively

acted upon in all humility. FATE IS what you are faced with if you don't.

As Lord Sachs the Chief Rabbi has so succinctly proposed ...

SOMEONE ELSES RIGHTS are MY RESPONSIBILITY.

IT IS therefore, nOw TIME for homo sapiens sapiens to

establish a Freespace 4D understanding of MORE and

MORE about LESS and LESS [in4D]™