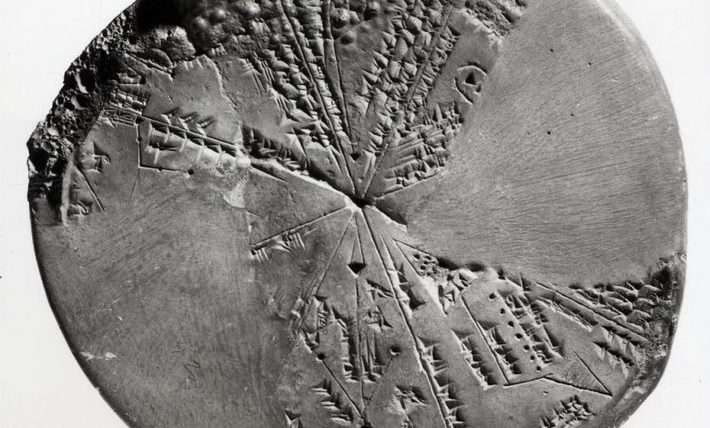 Discovered more than 150 years ago, the "Planisphere" is an ancient Sumerian star map that presents the earliest documented observation of a comet that hit the surface of the Earth.
Vladislav Tchakarov

The ancient Sumerian civilization may have been underdeveloped in the sense of a written script, for example, but they sure understood astronomy and the night sky to a certain extent. This is evident from a 5500-year-old Sumerian Star Map called the “Planisphere” which is stored in the British museum today.
Discovered more than 150 years ago, it was only translated a decade ago, revealing the oldest documented observation of an extraterrestrial object that came from space and landed on the Earth’s surface – a comet. 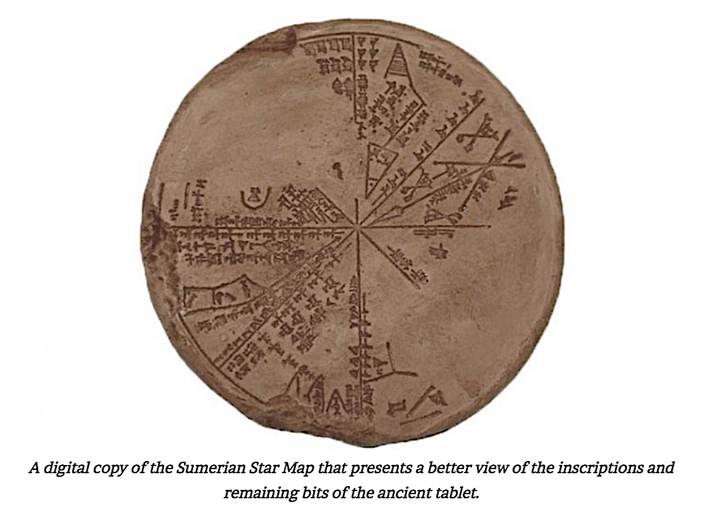 Let’s discuss the most important facts about this ancient Cuneiform tablet.

The inscriptions on the tablet give a precise date and time at which the alleged meteor hit the Earth – June 29, 3123 BC.

2. The Sumerian Star Map is one of 20 000 tablets discovered in the ruins of the Royal Library of King Ashurbanipal

Archaeologists spend many years excavating the ancient site of the city of Nineveh and discovered more than 20000 ancient tablets. The one we are discussing today, called the “Planisphere” is considered by many to be the hardest to translate. Fortunately, 150 years later, the remaining inscriptions were translated and revealed incredible data.

3. The Planisphere is an exact copy of the observations of an ancient Sumerian astronomer

Scholars suggest that the Planisphere is an exact copy of a more ancient original tablet made by the contemporary astronomer and observer of the real event.

4. The Sumerian Star Map includes a sequence of eight pictures that describe the event from the emergence of the comet to the final impact

The tablet itself is small in size, measuring only 14 centimeters in diameter, but it has been masterfully divided into eight sections or pictures that describe the event in sequence. Nearly half of the inscriptions have been lost throughout the ages, but the remaining bits were more than enough for modern technology to translate.

The creator of the tablet managed to present an impressively detailed explanation of the observation and final impact on such a small surface.

5. The Sumerian Star Map also includes drawings of constellations and their names

As we all know, the ancient people had a much better view of the night sky and clearly knew about the constellations. The Planisphere includes a series of drawings of constellations, including their names in connection to the flight path of the comet. For example, the third image shows that the comet reached Orion around the 9th day of observance.

6. The ancient astronomer used impressively accurate trigonometrical measurements to document all flight data from the point the comet appeared

The ancient astronomer had an impressive knowledge of trigonometry and was able to document the flight path, time, and distance of the comet from as soon as it appeared in the sky.

7. The first five images describe the 20 days of observance while the comet was in the sky

As previously mentioned, the tablet is divided into eight sections or images that form a sequence. The data presented sequentially from the first to the fifth includes the observance from the first astronomical sighting to the end of the 20th day before the impact of the 21st.

8. The sixth image explains the impact as seen on the horizon and the observations after the event

As described on the tablet, the observer did not witness the impact from a close distance as it would have meant the end of his life, perhaps, but he described flash lighting in the sky and the grand rise of ash plumes as a result of the impact.

9. The last eighth image includes calculations of the flight path made after the impact on the 21st day of observation

The ancient astronomer did not end his observations before making exact calculations of the comet’s flight path before the impact. As a whole, the whole sequence of data inscribed on the tablet is more than impressive, given that the observations were made more than 5000 years ago.

10. Scholars argue over the plausibility that the comet described on the Sumerian Star Map may have brought the end to several ancient civilizations

Meteors have terminated life on Earth on more than one occasion throughout history, and scholars theorize over the possibility that this comet could have had a major impact on life in the ancient world. More specifically, the ancient city of Akkad, which has not yet been found by archaeology, could have simply been destroyed by the comet. The exact location of this ancient city is unknown but was it close to the area of impact; it would have been destroyed.

Join the discussion and participate in awesome giveaways in our mobile Telegram group. Join Curiosmos on Telegram Today. t.me/Curiosmos 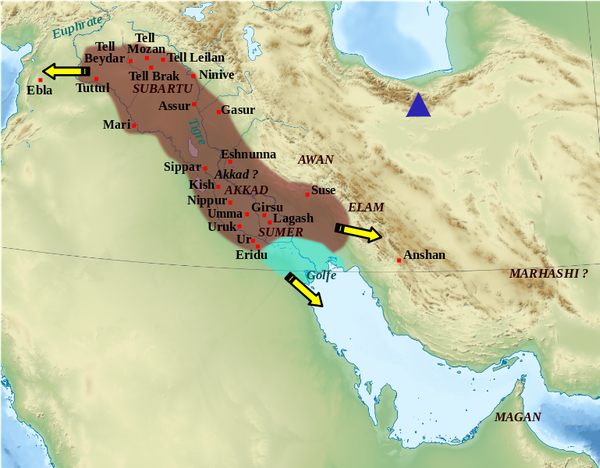 How climate change caused the world’s first ever empire to collapse Vasile Ersek January 3, 2019 11.17am GMT

[IT] predates the Bible's Version of the Great Flood by thousands of years.

Gol-e-Zard Cave lies in the shadow of Mount Damavand, which at more than 5,000 metres dominates the landscape of northern Iran. In this cave, stalagmites and stalactites are growing slowly over millennia and preserve in them clues about past climate events. Changes in stalagmite chemistry from this cave have now linked the collapse of the Akkadian Empire to climate changes more than 4,000 years ago.

Never forgetting that Antarctica has lost nearly 3 trillion tonnes of ice since 1992 • It can be easy to overlook the monstrous scale of the Antarctic ice sheet. Ice, thick enough in many places to bury mountains, covers a continent roughly the size of the US and Mexico combined. If it were all to melt, as it has in the past, global sea levels would rise by 58 metres. While this scenario is unlikely, Antarctica is so massive that just a small fraction of this ice melting would be enough to displace hundreds of millions of people who live by the coast.