responsible for implementing the anti-corruption strategy, is John Penrose MP. He is the husband of Baroness Dido Harding – head of the Test and Trace programme. But the intersection of public sector appointments and political party donations has not only been witnessed in relation to the pandemic.

The Byline Intelligence Team has calculated that a quarter of top Conservative donors – those who have donated more than £100,000 to the party – have received a title or a peerage. Of the Conservative Party’s 20 biggest donors since 2010 – those donating more than £1.5 million – 55% (11) have received an honour or a title. Ten were given these perks in the past decade.

A more recent trend, and one catalogued extensively by Byline Times, has been a concerted attempt to appoint Conservative-leaning figures to public bodies. One former Government official told the Financial Times that “there has been a lot of placement of political cronies” and that “Number 10 has taken a close interest in it for the past year-and-a-half”. 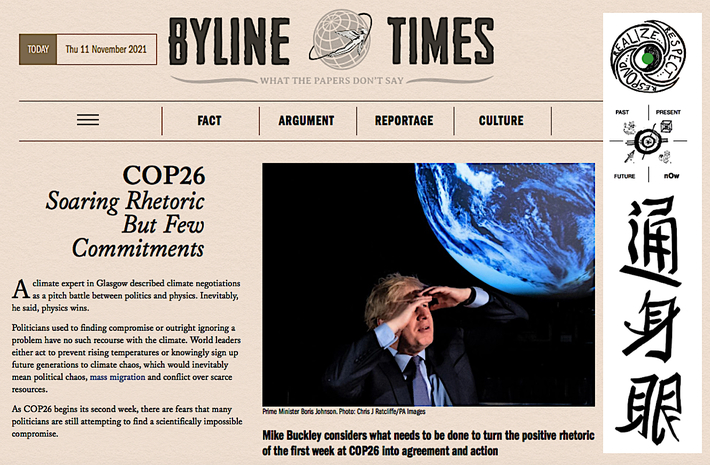 “We are nowhere near where we need to be” in cutting emissions, former US President Barack Obama told delegatesat the start of this week. Most nations, he said, “have failed to be as ambitious as they need to be”.

Luke Pollard, Labour’s Shadow Environment Secretary, agrees. “The first week of COP showed that the world is willing on a deal, the second week must deliver a deal,” he told Byline Times. “We need to see global carbon emissions halved by 2030 but national pledges are way off achieving this. We need a step change in ambition and action if we are to avert an irreversible climate crisis.” “Broken Britain” was the phrase deployed by David Cameron in the immediate run-up to the 2010 General Election, to describe a perceived social decay that had occurred under Labour’s leadership since 1997.

Focusing in particular on crime and an alleged growth of social disorder, Cameron said in January 2010 that, “we don’t have a strong enough response to crime… we tolerate too much criminal behaviour. Some would say that we’ve become too selfish, too greedy, it’s all about me and self gratification – not about thinking of others and community”.

However, over the past 12 years, since Cameron won the election and formed the Coalition Government with the Liberal Democrats, the situation has deteriorated. Britain is now suffering from crises of cronyism, inequality, crime, and the private capture of public goods.

Since July 2021, the Byline Intelligence Team has been cataloguing this social, economic and political breakdown – quantifying the scale of the problems facing the UK. These declining circumstances have been the product of successive governments, led by three Conservative prime ministers. Yet the latest, Boris Johnson, does not seem to command the faith of voters seeking a dividend after years of austerity and restraint. 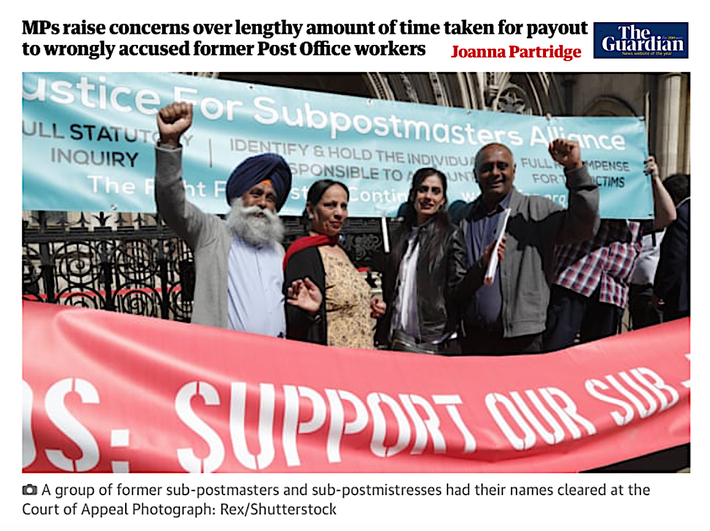 The inquiry was told how "lives were ruined” and
“families were torn apart” after the Post Office
implemented the Horizon system in 1999 and
started pursuing sub-postmasters for alleged
shortfalls in tills. The company ignored phone calls
and messages from sub-postmasters who raised
concerns about the system when it started flagging
unexplained shortfalls, the inquiry was told. The
Post Office pursued 844 individuals during the
period and secured 705 criminal convictions. Many
were offered plea bargains, which meant that they
were not allowed to mention the Horizon system,
the inquiry was told. Others lost their homes and
other assets after the Post Office used proceeds of
crime orders in an attempt to recover the alleged
shortfalls. One sub-postmaster told the inquiry that
the company tried to claim his pension. At least 33
victims of the scandal died while waiting for justice
and four of them taking their own lives. 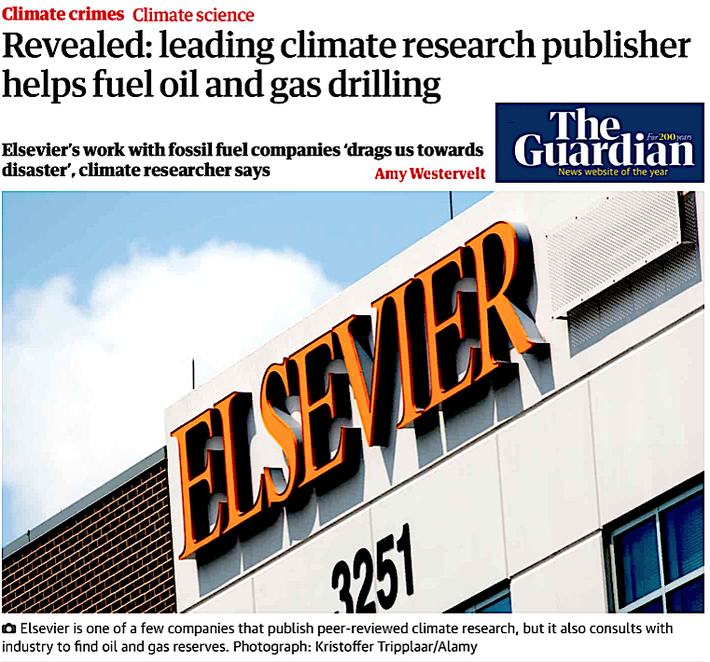 Scientists working with one of the world’s largest climate research publishers say they’re increasingly alarmed that the company works with the fossil fuel industry to help increase oil and gas drilling, the Guardian can reveal.

Elsevier, a Dutch company behind many renowned peer-reviewed scientific journals, including the Lancet and Global Environmental Change, is also one of the top publishers of books aimed at expanding fossil fuel production.

For more than a decade, the company has supported the energy industry’s efforts to optimize oil and gas extraction. It commissions authors, editors and journal advisory board members who are employees at top oil firms. Elsevier also markets some of its research portals and data services directly to the oil and gas industry to help “increase the odds of exploration success”.

Several former and current employees say that for the past year, dozens of workers have spoken out internally and at company-wide town halls to urge Elsevier to reconsider its relationship with the fossil fuel industry.