We can’t have been the only people ... 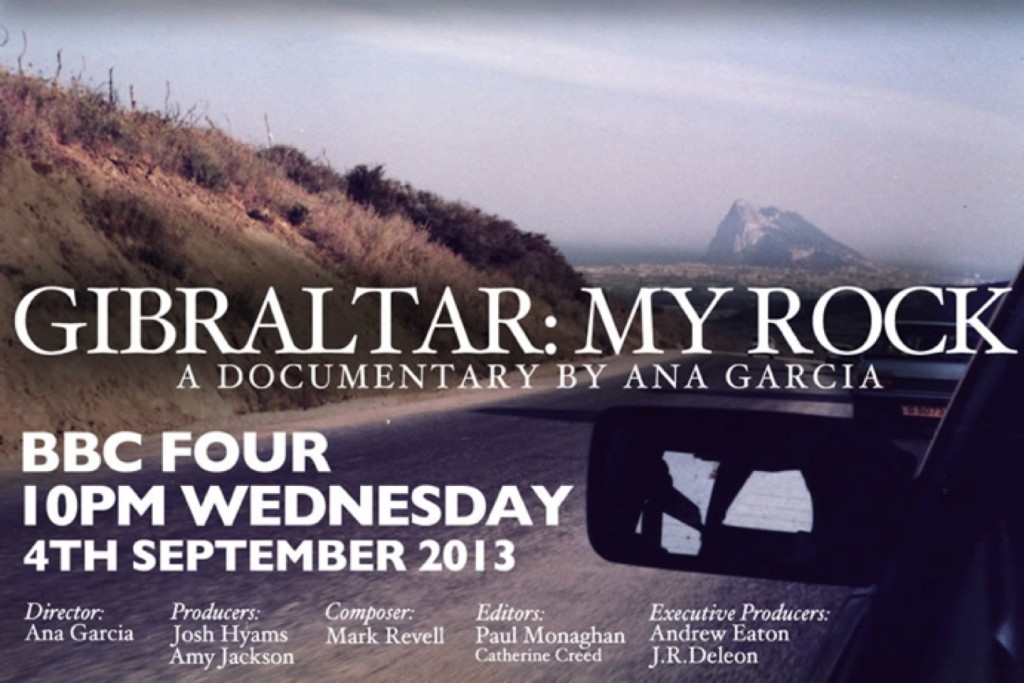 scratching our heads during Gibraltar’s

Like the Falklands, Gibraltar is very much a relic of empire – albeit a small

self-governing nation  that's older than the United States of America -

who goes anywhere near the subject of its sovereignty. This film represents

a very personal view of the subject: director Ana Garcia is Gibraltarian and

her take on the issue is doubtless filtered through family experience.

which brings into question - CAN WE literally afford to continue with

cost of war and every aspect of alleviating the consequences of

consequences of a species riven apart by ethnic, cultural and

TIME OUT London's diplomatic sum up of their own viewing - presumably

disconnected in time, space and action - was about par for the course ...

It’s a useful primer to Gibraltar’s contested  history, although the Spanish

of the argument is being glossed over. Still, whatever the historical rights

and wrongs, it’s easy to see why Gibraltar didn’t want to be subsumed by

border closure was a petty gesture that has left deep scars.

BUT I for one, was very moved by the experience and found this whole

situation extremely symptomatic of everything - which is wrong with

everything political which is sold - by the representatives of the people,

to the people - because of the sheer arrogance of those supposed

representatives - as they continue with their self-interested actions of

Linnie and I first decided to get married during a trip to Yugoslavia in 1967,

visa. We went with a party of friends in a Vauxhall Viva Van, a Triumph

Herald and my own VW Beetle 1500, which I had only recently purchased.

On our return to the UK, Linnie qualified as a Radiographer and I as an

ring, because I was still paying for my car and we purchased our first home

Gibraltar problems which Ana Garcia refers to, erupted. It was then in 1971

that a request for secondment to Eurocontrol in Brussels, was granted, and

we arrived there, full of the hope of becoming active members of a truly

United Europe, to be faced with the fact that our Prime Minister Harold

Watching this BBC4 showing of the documentary last evening - and why

Finland, Australia and Spain ? - brought home to me in bucket loads the

United Nations, the European Union and the G20 over the situation in Syria,

imperial control from Gibraltar without even considering seeking the

consent of the Gibraltarians themselves.

I keep thinking of Spain's claims as a form of hypocrisy. Everything they say

about Gibraltar's situation can be said about Spain's enclaves in Morocco,

Worth a look for an insight into the impact of wider

geopolitics on a small nation - which, in this case,

I would suggest, already represents the very global

template of a ... multi-cultural and multi-ethnic

community solution - to the problems with which

every nation on earth is faced today - but this seems

unlikely to represent the last word on the subject.

"England went through incredible changes: a war against the US; wars against France; wars against Germany twice, the rise and decline of empire; and universal suffrage. Yet society remained stable through all this turmoil, with the same institutions and political structure. We think the reason is respect for tradition, yet willingness to make changes when needed."

and a professor at Beijing's Tsinghua University.