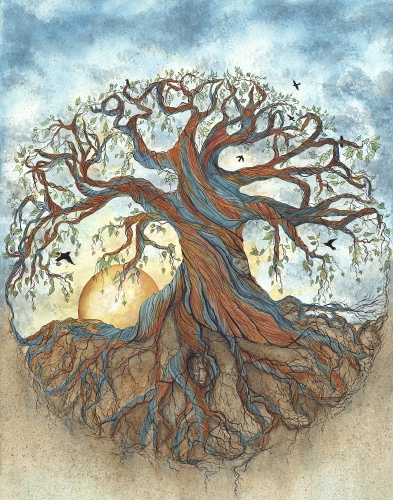 As the story goes, Buddha sat under the Bodhi tree and meditated.

For a long time. As a result, the Bodhi tree later became known as

What happened in the time he spent under the tree?

In this episode of “Ask Deepak” on The Chopra Well, Deepak poetically

from this experience – including interdependent origin, impermanence,


As Susan Elliot the Heartwood Artist - has so eloquently illustrated

above and lucidly describes below - 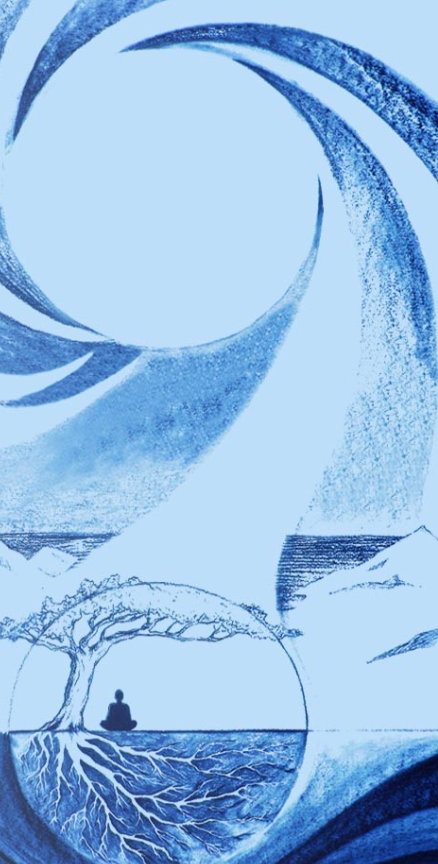 understand the meaning of life.

He meditated under the Bodhi

Tree for 7 weeks. On the sunrise

of the 49th day he found his

the cause of all suffering is

If people rid theselves of these

emotions they will be happy.

From then on he became “The

Enlightened One”, or “Buddha”,

and hence came the beginning

of the Buddhist way of thought.

In the Sanskrit language “Bodhi”

means “fully awake”.  Since that

time the Bodhi Tree has been