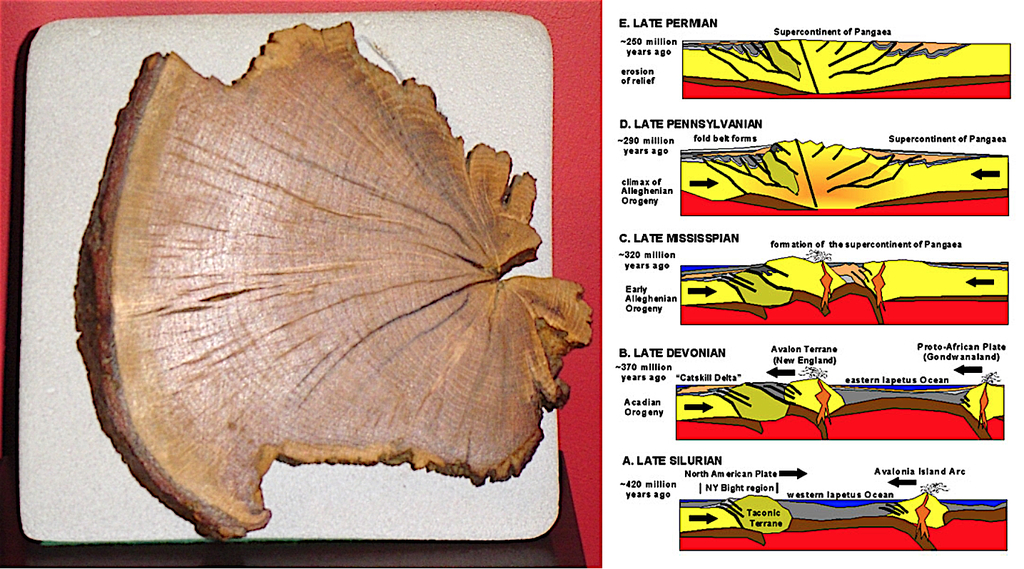 North Atlantic, as well as the creation of Appalachia, Planet Earth’s oldest

mountain range; happened as just one of many rifts. The concept that the

continents once formed a continuous land mass was first proposed by

Alfred Wegener, the originator of the theory of continental drift, in his

and Oceans (Die Entstehung der Kontinente und Ozeane), in which he

postulated that, before breaking up and drifting to their present locations,

Kontinente und Ozeane, but only once, when Wegener refers to the ancient

supercontinent as "the Pangaea of the Carboniferous". Wegener used the

Germanised form "Pangäa", but the name entered German and English

scientific literature (in 1922 and 1926, respectively) in the Latinized form

"Pangaea" (of the Greek "Pangaia"), especially due to a symposium of the