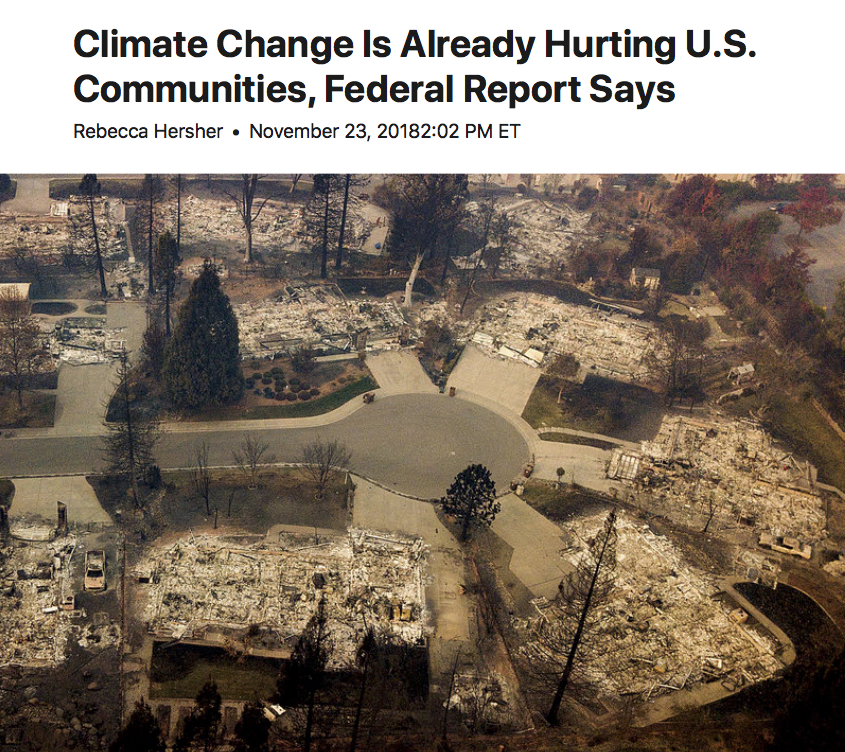 [IS] the culmination of years of research and analysis

by hundreds of top climate scientists in the country.

The massive report details the many ways in which

communities, from hurricanes to wildfires to floods

"Climate change is already affecting every part of the

be it agriculture or forestry or energy, tourism," says

is one of the report's editors. "It's going to hurt cities,

it's going to hurt people in the countryside, and, as the

world continues to warm, things are going to get worse."

a difference. But I don't know that it's man-made," the

In an August interview about deadly wildfires in

station KCRA Sacramento: "This has nothing to do with

climate change. This has to do with active forest

The new report, mandated by Congress and published by the U.S. Global Change Research Program, is the latest and most detailed confirmation that humans are driving climate change and that Americans are already adapting to and suffering from its effects.

Climate change [IS] "an immediate threat, not a far-off possibility," it says. For example, large wildfires are getting more frequent because of climate change. The report notes that the area burned in wildfires nationwide each year has increased over the past 20 years, and "although projections vary by state and ecoregion, on average, the annual area burned by lightning-ignited wildfire is expected to increase by at least 30 percent by 2060."