ON THE PASSING OF BILL MOLLISON 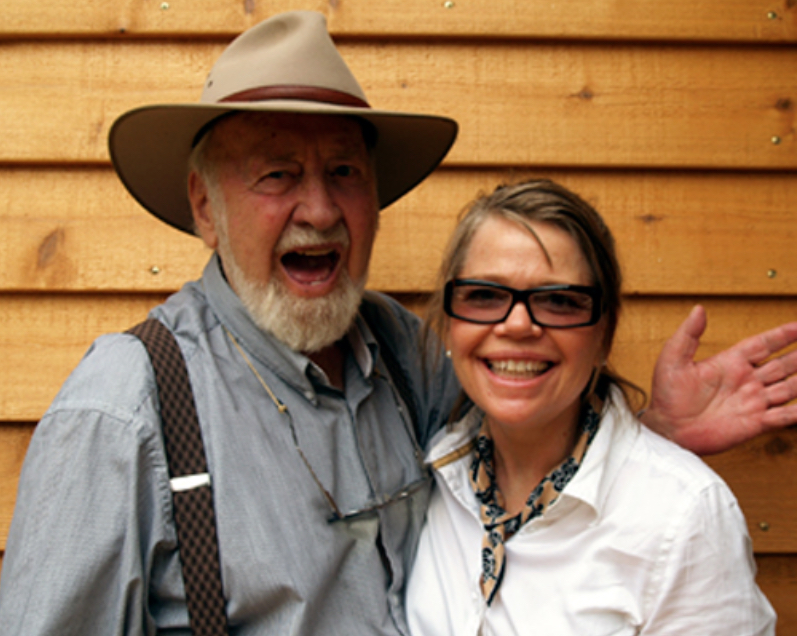 With deep sorrow, we wish to inform family and friends that Bruce Charles

“Bill” Mollison, the “Father of Permaculture,” has passed away. He departed

peacefully from this world in Hobart, Tasmania, just before 11 pm AEST, on

After founding Permaculture Institute in 1978, he formalized the training of

practitioners, which directly impacted hundreds of thousands of lives, and

indirectly many millions more. For his service to humanity, he was honored

with numerous awards, including the Right Livelihood Award in 1981. But

of all the accolades he received, the one he was most proud of was the

Vavilov Medal, in large part due to the tenacity, courage, and contributions

of the award’s namesake, who Bill considered a personal hero. Bill was also

the first foreigner invited and admitted to the Russian Academy of

Bill will be missed by many who loved him for his strength, courage,

intellect, humor, and benevolence. He gifted so much to the world: a vision

and framework for a positive future, a special concern for developing

countries, and above all, hope.

This is the Bill that the public knew.

For those who were his intimates, words are especially difficult, breaking

under the weight of what the heart feels and longs to express.

Our thoughts and prayers are with Bill’s family and close friends, who

kindly request privacy and space during this difficult grieving period; at

an appropriate time, a public memorial will be announced for those who

wish to formally extend their condolences.

A massive tree in the forest of humanity has fallen. But in keeping with

Bill’s invincible optimism, these verses from the great mystic, Rumi, are

When you see my procession, don’t cry, “Gone, gone!”
For me it is a time of meeting and reunion.
As you lower me into the grave, don’t say, “So long.”
When you see that lowering down, consider a rising.
What harm is there in the setting of a sun or moon?
What seems a setting to you is a dawning.
What seed goes into the earth and does not grow?
Why are you doubting this human seed?

Bill, you will never be forgotten.

The above is an official statement of the Permaculture Research Institute, prepared at the request of Bill’s widow, Lisa Mollison.