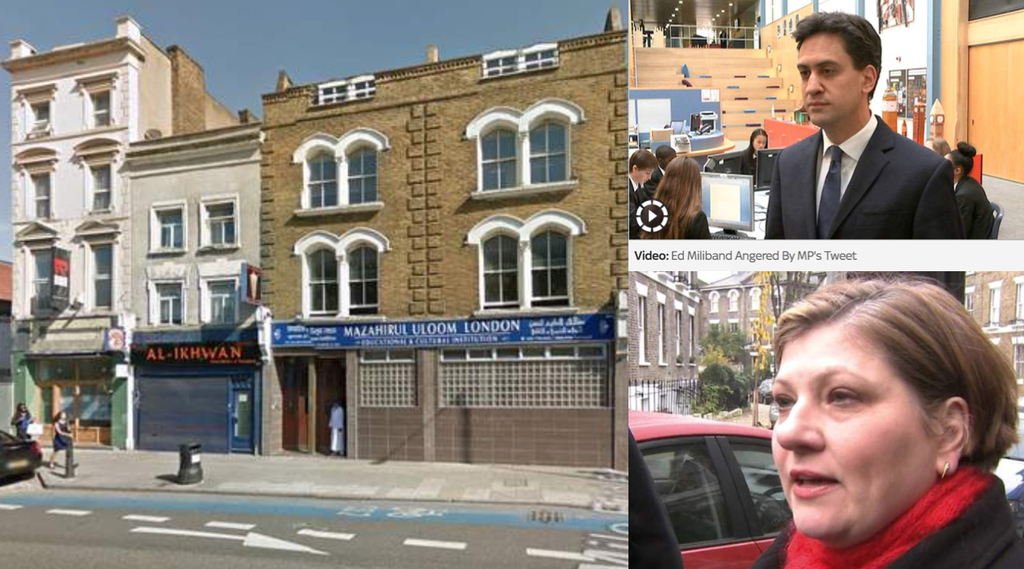 trust any of the major political parties in Britain, to actually protect and

been since our neolithic ancestors first settled these island 5000 years ago.

When asked "why did you vote UKIP?" one voter from Strood said, after the

election ... "I’m frankly fed up with being treated like a 4th rate citizen"

Presumably this is, in some respects, not dissimilar to the way that the people

of Dortmund feel vis a vi those of Dresden.

I AM JUST listening to the ongoing SKY channel news, concerning … Ofsted

were being taught a narrow curriculum regularly focusing only on the

was a woman’s job to “stay at home and clean and look after the children”,

while others, when talking about Sharia law and English law, were unable to

say which laws they should follow and which were more important.

In concert with the fact that Emily Thornberry, now the former shadow

attorney general, managed in one tweet just hours before the polls closed

to yesterday’s by-election in Rochester and Strood, which returned UKIP’s

second MP to parliament, to ensure one the greatest self-inflicted wounds

an opposition has managed in recent years. The tweet itself really didn't say

much. But to many it didn't need to. It spoke loud and clear. The terraced

house, the white van, the St George's flag - this was Rochester, well it was

actually Strood - but these are the people who vote UKIP.

of Buddha’s message, took several centuries to flourish as an understanding,

of the Roman Empire, for it to spread afar, and that following the flourishing

past, the truth of the message of Muhammad in Britain, and presumably in other

nations of the world, is seemingly withering on the vine.