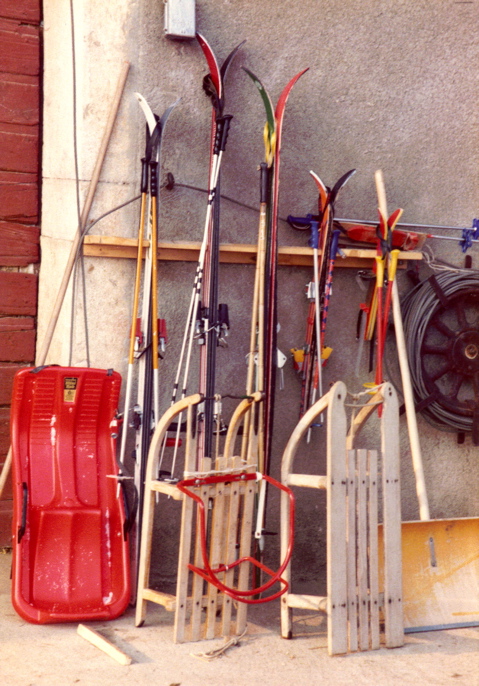 martha
After Mike left, the house was quiet for 236 days.

All the stereo stuff, the TVs, the computer, everything, were his. The rest of us bought our own computers just to get access. Not by decree, but by a silent occupation of spaces and dimensions--the way we know in a family what is ours and what is not--our way of life was established.

I used to wish--I mean, just wish, for a day without the yimmer-yammer of the TVTVTV and the boom ba boom blam blam of the radio. But it wasn't just entertainment for him, it was needful--deeply, internally needful, so the music machines stayed on until the day he died. And then the house was silent.

Everyone left it silent. We all knew the machines should be on, and we left them off. We sat and talked, played with iphones, watched a movie once in awhile.

I really needed the silence. Something internal to me, for a long time, had needed this lack of sound, and I bathed in it. Luxuriously I yielded like it was warm water, and it was making love to my body. Day after day after day I felt the sadness of no-tomorrows goodbyes and gratitude for the peace and quiet.

Today I was peeling potatoes, and I thought maybe a little music might be nice. I went to get my cell phone, found the name "Mike" in the directory and pushed 'delete.' "Do you really want to delete Mike?" the phone asked innocently. "God! How STOOPID technology really IS!" I protested in my heart. No! No! No! No! No! No! No! No! I was still breathing so I hit the delete button, put the phone back in my purse, and walked to the stereo.

It was still set to about 10,000 decibels. It was set there by his hand. Nobody else would set it so high. And I had turned it down. That was really sad. We pass through this life, we move stuff around. We put this here and that there. We DID something in the world, and then some asshole comes along and undoes it, and it will never, ever be that way again. The little, little things that we do. You could say we do "precious little", or you could say that the little things we do can be precious.

It was probably set that way on the last Sunday where he went out to sit on the back porch to watch me work in the yard. (I know that sounds a little odd, but remember he wasn't well.) I don't mind stuff like that. I will work for you. I will give you whatever you need. But who watches me work? Who thinks of me and cares for me? Whose eyes are at my side, full of love? Nobody's now.

Turning the radio down made that last day be over.

I changed the station to one that we both liked, and I began to peel the potatoes.
First posted by Michael Grove on December 11, 2009 at 10:00
.

Martha, this beautiful blog brought tears to my eyes. How beautiful. How heart-wrenching. You could say we do “precious little”, or you could say that the little things we do can be precious.
Blessings to you.

I hated that deleting of my grandpa's phone number in my cell phone… I remember how I did something like you did, sort of just kept breathing, and hit delete.

Lots of precious little things lost in the last couple of years. I feel like Swiss cheese. I guess I can be thankful not to feel like a doughnut with the big hole in the middle for now. I'll take all the little holes knowing there are the big ones coming up over time.

Hugging you so the hole is a little less, maybe…

I could not hit delete. I just did not add them when I got my new phone, which does have nana in it, and maybe my sister….

tears here too, my dear… ah, moving on, all the things that tear at one

Sitting with you lovingly dear one
… I remember deleting my daughter, Gra-anna's number off my cell - knowing I couldnt keep it there because it would be stupidly painful - in the end my daughter, Natalie and I did it together for support
love

this was sweet…mrs. potato head

Very sweet Martha. Thank you for writing it down.

Thank you for coming by and sharing this moment with me. Your comments mean a lot to me, and I've been reading them over the week. You have truly warmed my heart! Also, another thing I'd add that helps the understanding of the situation is that Mike was an RF (radio frequency) engineer. That's what he did and understood, you see. Oh! And while I'm writing this, I just had this insight. Mike has “spoken” to me 4 times, and each time, the radio played an important part in the experience.

How else would Mike's own spirit of consciousness manifest its ability to “speak” with you than by Instrumental Transcommunication ?

AS ever, & most particularly at this time of year, U WILL BOTH forever remain in our thoughts. Never forgetting the significance of the message within the message.

Wow! Michael, what an amazing link! Thank you for this information. Keeping this in the back of my mind, you never know when the opportunity will present itself to give this type of communication a try. I know another radio engineer who has passed, a pioneer of short wave and CB. I won't say much about him here, because if he or Mike were ever to “come through,” I wouldn't want people to say, “Well, we all know that, she put all this info in her blog.” But, you know, if I ever met the right people and got the chance, I would try to replicate that setup. You never know! :)

With you, with love.

Dear Martha,
I think about you so often and wonder how things are going with your spirit. You are so dear. I have many thoughts in response to your gentle and open-hearted words, but sending my love through the space between us is enough. May you know the eternal love surrounding you always.