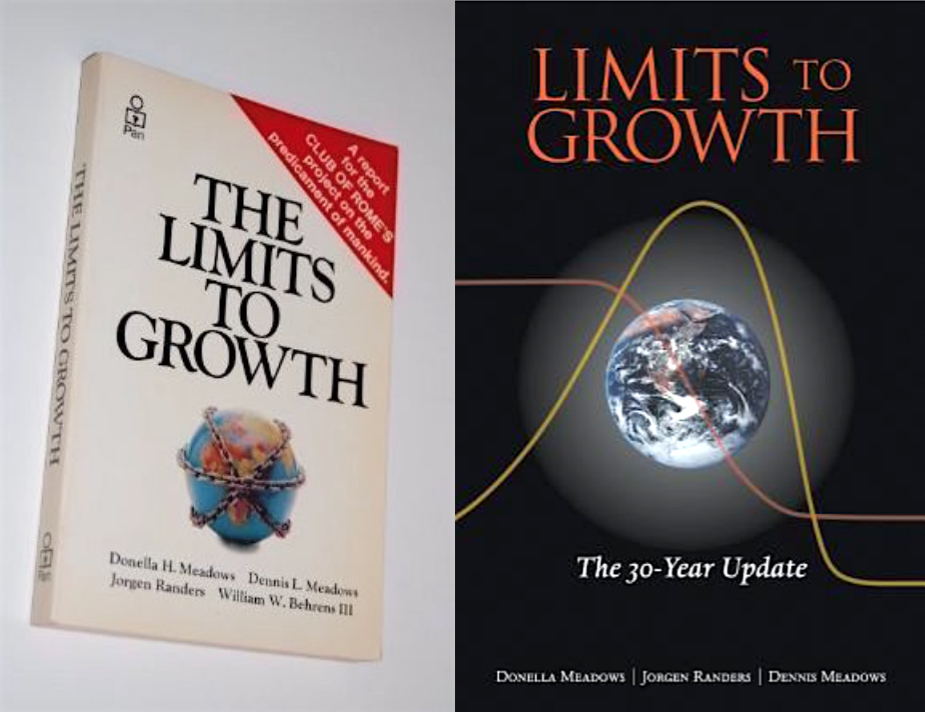 In 1972, the publication of the book shook the world, selling 30 million copies in 30

languages, and marked a turning point in thinking about the environment. Prepared for

the Club of Rome, the book was based on the work of a team of young scientists from

Their primary message was that the human footprint, if unchecked, would grow beyond

the carrying capacity of the planet on a sustainable basis. They concluded that humanity

must adapt to the planet’s limits or risk overshoot, which could result in the collapse of

and significant debate, but not much action on their scenario for avoiding overshoot.

On behalf of the Club of Rome - Donnella Meadows, Dennis Meadows, Jorgen Randers

and their team worked on systems analysis at Jay W. Forrester’s institute at MIT.

Part of the modelling were different amounts of possibly available resources, different

to a turning point around 2030. Only drastic measures for environmental protection

proved to be suitable to change this systems behaviour, and only under these

circumstances, scenarios could be calculated in which both world population and

wealth could remain at a constant level.

In 1972, the now-classic book Limits to Growth explored the consequences for Earth’s

and resource depletion. That book, which still stands as the best-selling environmental title

ever published, reported on the first attempts to use computers to model the likely interactions

between trends in resources, consumption, and population. It summarized the first major

Limits to Growth foresaw this inflection point nearly forty years ago. But the world failed to heed

the warning; as a result, adaptation now will be much more difficult than would have been the case

if growth had been proactively curtailed decades ago. Global leaders now face the need to accomplish

4. Deal with the environmental consequences of the past 100 years of fossil-fueled growth.

simultaneous need to address the other three. The convergence of so many civilization-threatening