IT WAS A TOUR DE FORCE of FURY: CONTROLLED FURY 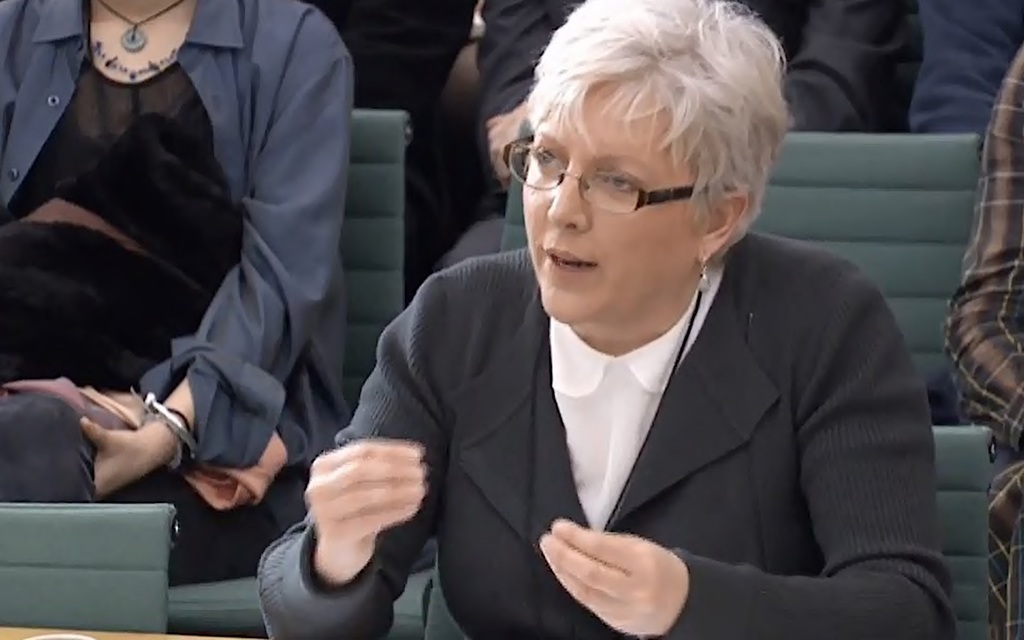 She wasn’t ranting and raving. Yes, there were moments,

here and there, when her voice thickened & she appeared

to be in tears: tears, more than anything, of frustration.

But she remained in control. She was frank, clear, direct:

brutally direct. Her fury was as clean and true as a laser.

Carrie Grace  was in Parliament to tell MPs the full story:

about her resignation as the BBC’s China Editor, about

the BBC’s gender pay gap, about how the BBC had treated

her, and about how it treated countless other female staff.

It had been bad enough, she said, discovering that she was

But then she heard the BBC’s excuse. Apparently she’d

been paid less than the men because the BBC deemed her

to be “in development”.

In development. She stopped speaking, and let those two

words hang in the air, for the rest of the room to stare at.

MPs laughed in disbelief. In development. A senior

journalist, who’d been working at the BBC for 30 years;

an international editor, reporting from one of the most

powerful nations on Earth. Yet here was the BBC, talking

Her glare could have burnt through a breezeblock.

Appearing close to tears at times during more than two

hours of testimony, Gracie said the BBC’s attempts to

explain the gulf between male and female salaries was

“trying to retrofit justifications for the indefensible”.

In her evidence she accused the BBC's head of news,

Fran Unsworth, of misleading her over her salary in

Gracie said: “I would expect the most senior woman in

BBC News to stand up for her senior women journalists.”

She also described her fury at seeing the former head of

news, James Harding, appear on television to claim there

was no equal pay problem at the BBC.

“I just thought, ‘NO, that’s not what BBC journalists do.

THEY TELL THE TRUTH,” Gracie said.