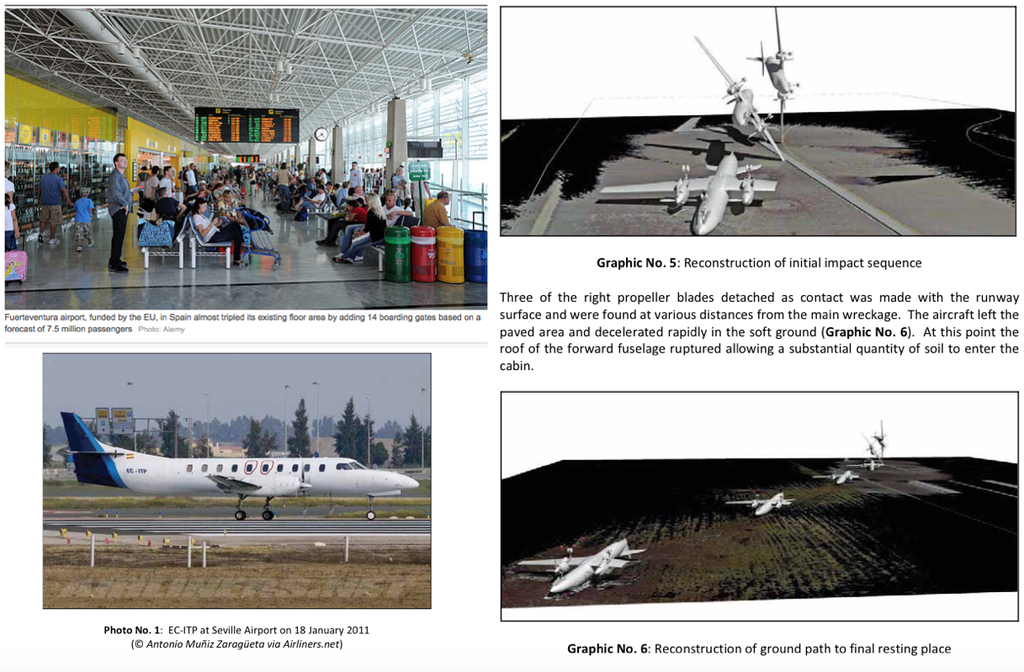 DOES it NOT, that at a time when the EU were pumping European

Taxpayer's Money into the building or refurbishment of 20 regional

airports in Spain, at the same time that they were pumping money,

that would be wasted, into Greek airport infrastructure ...

the spending was “wasted” on infrastructure that was never used"

... that the level of safety/oversight regulation from the appropriately

responsible authorities of the European Union and Spain - organisations

which themselves were being funded by European Taxpayer's Money - was

occurred at Cork Airport in February 2011, should NEVER have happened.