- I would like to share some ideas of using the triangular prism model - to map the evolving stages of personal development to assist ...THE journey in search of SELF and ALL that IS LOVE.
When Fibonacci’s Liber abaci first appeared, Hindu-Arabic numerals were known to only a few European intellectuals through translations of the writings of the 9th-century Arab mathematician al-Khwārizmī. The first seven chapters dealt with the notation, explaining the principle of place value, by which the position of a figure determines whether it is a unit, 10, 100, and so forth, and demonstrating the use of the numerals in arithmetical operations. Fibonacci numbers, the elements of the sequence of numbers 1, 1, 2, 3, 5, 8, 13, 21, …, each of which, after the second, is the sum of the two previous numbers. 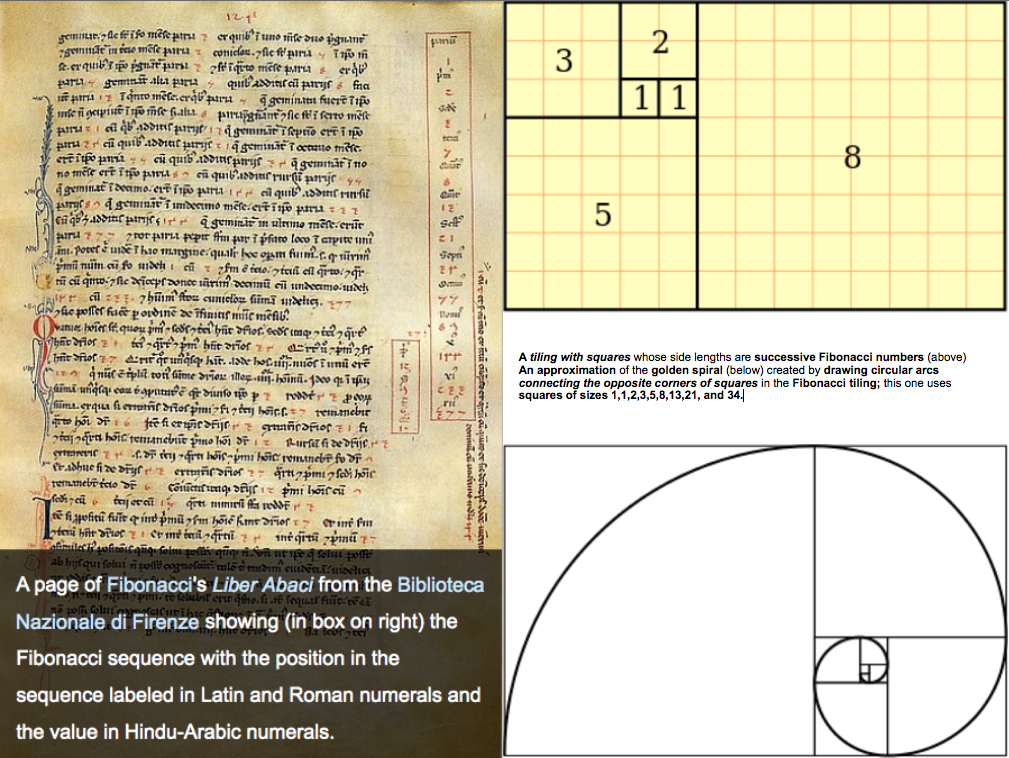 Looking at the hexagrams of the I-Ching Leibniz recognized his own system of binary mathematics in the symbols by representing yin (the broken line) as ZERO and yang (the unbroken line) as ONE. For Leibnitz there were only two unquestionable realities - ZERO and GOD


.
In the 19th century the term 'Fibonacci sequence' was coined by the French mathematician Edouard Lucas, and scientists began to discover such sequences in nature; for example, in the spirals of sunflower heads, in pine cones, in the regular descent (genealogy) of the male bee, in the related logarithmic (equiangular) spiral in snail shells, in the arrangement of leaf buds on a stem, and in animal horns.