A BIG WOW TO MICHAEL GALILEO .. 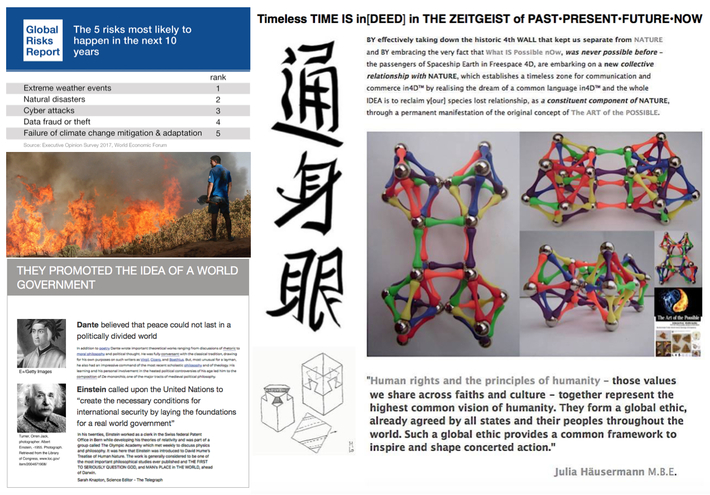 and his wholehearted recommendation for me to read  Edward O. WIlson's CONSILIENCE, which does in[DEED] encompass "the unity of knowledge and the proof that everything in our world is organised in terms of a small number of fundamental natural laws which underlie every branch " of the very learning process that I have had the privilege to engage in as a right-brained left-handed so-called dyslexic, over the last three score years and ten of [BE]ing a custodial example of ALL the passengers of Spaceship Earth.

[IT]s truly amazing that having read  The Ants by Bert Holldobler and Edward O. Wilson that I hadn't been aware of Wilson's writing of CONSILIENCE but on first perusal of same the OED-like index led me to my very first consilient p76 introductory experience ...

"SO PERVASIVE and POWERFUL are these codes of taste and smell that all together they bind ant colonies into a single operational unit. As a result each colony can be viewed as a super-organism, a congeries of conventional organisms acting like a single and much larger organism. The colony is a primitive semiotic web that crudely resembles a nerve net, a hundred-mouthed hydra writ large. Touch one ant, one strand of the net, and the displacement spreads out to engage the communal intelligence. We had crossed four levels - super-orginism, to organism, to glands and sense organs, to molecules.

Was it now possible then to turn around and travel in the opposite direction, predicting the outcome without advance knowledge of the biology of the ants?

YES, at least in the form of a few broad principles."

As BRYAN APPLEYARD has himself written in the LITERARY REVIEW

whatever you may think of Wilson's IDEAS, his books will

“This generation enjoys unprecedented technological, scientific and financial resources . . . And yet this is perhaps the first generation to take the world to the brink of a [political, economic, and environmental] systems breakdown.”​

“Biodiversity is being lost at mass-extinction rates,” states The Global Risks Report 2018, and “pollution of the air and sea has become an increasingly pressing threat to human health.” Also, insect numbers are in steep decline in some lands. Because insects pollinate plants, scientists are now warning of a potential “ecological Armageddon.” Coral reefs are in trouble too. Scientists estimate that about half the world’s reefs have died in the past 30 years. 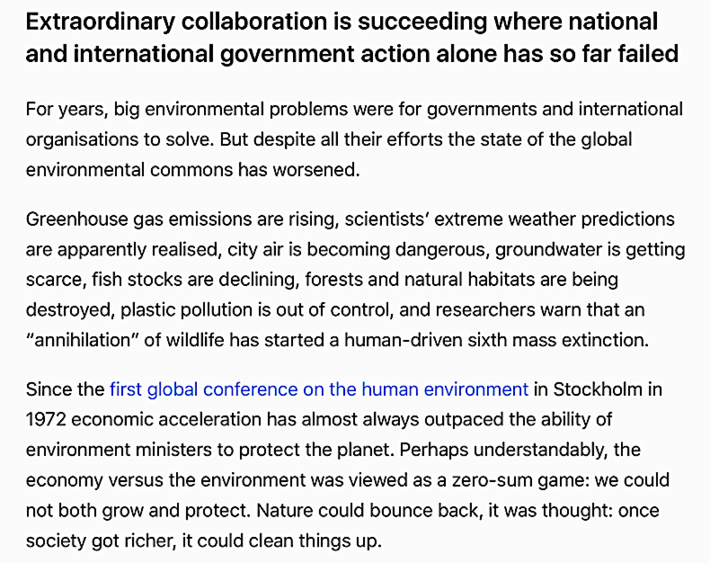 A revolution has quietly taken shape – slowly at first,

then spreading into an unprecedented, collaborative