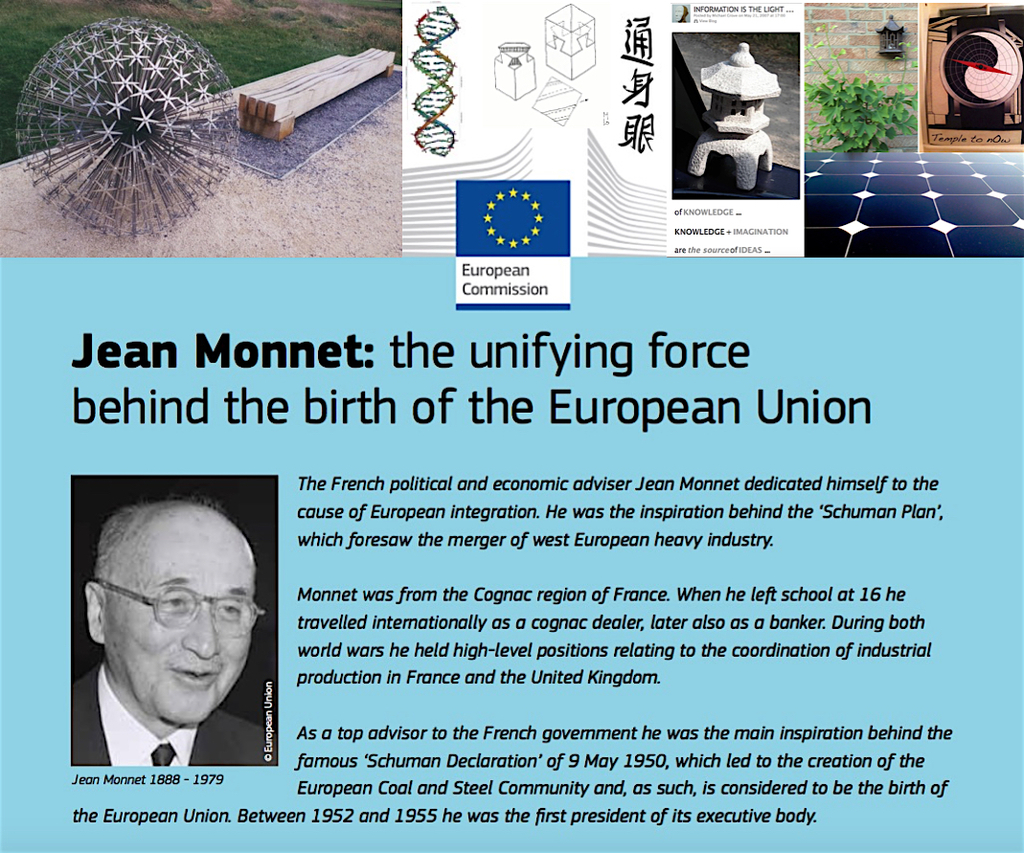 "EUROPE's NATIONS should be guided towards the SUPERSTATE

without their peoples understanding what is happening. This

can be accomplished by successive steps, each disguised as having

an economic purpose, but which will eventually and irreversibly

So wrote Jean Monnet - prime visionary and instigator of a wholly unified continent of  Europe. His title at the time was President of the Action Committee for the European Superstate; and surprise, surprise there are NOW FIVE Presidents of the EU, as well as their supporting staff, and a separate National Commissioner for each and every one of the member states, for ALL five of the EU presidencies; whose legitimacy, expenditure, values and principles are entirely non-accountable, to the peoples of Europe.

The AMERICAN REVOLUTION was not a social but a political one ... said

in the book which accompanied the "1776" exhibition in Greenwich, London,

at the National Maritime Museum during 1976.

As Frederick Forsyth has recently stated "the EU is entirely political and the clash beneath the IN/OUT verbiage is between two distinct governmental systems: Britain's parliamentary democracy and the system of Jean Monnet.
Trade and prosperity are merely an adjunct, the EU's true destination is post-democratic government by unelected committee"; a prime example of an oligarchy in fact !!!


SO IT IS hardly surprising therefore that the EU and the USA are presently engaged in secret talks to revive the very same Corporate Protection Initiatives, that the OECD and the WORLD BANK previously sponsored; which the peoples of the USA have already 'kicked into touch', so to speak.

TIME methinks IN DEED, for the peoples of Britain and Northern

Ireland, as well as those of the United States of America ...

1. to understand that the SUPERSTATE is NOT a myth, IT IS THE

INTENT, individually and collectively, of both the EU and the USA.

3. to step up to the plate by voting to leave the EU on 23rd June

& voting for Bernie Sanders as President, in the Presidential Election.