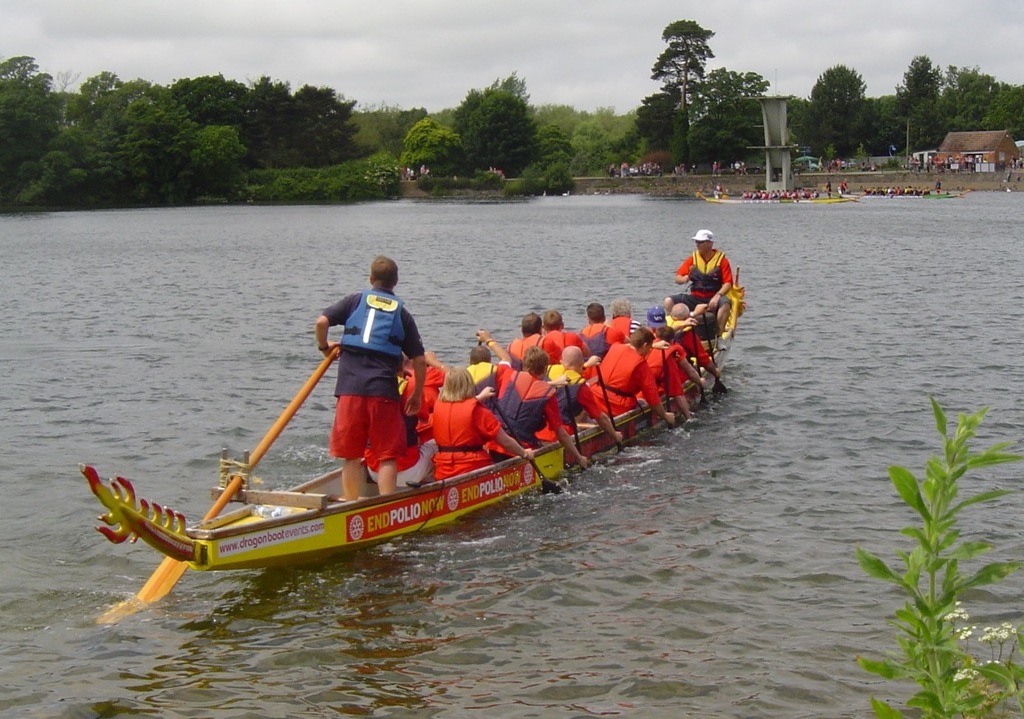 What fantastic weather we had for the very first of many Rotary Club, Dragon Boat events at Coate Water, Swindon yesterday. We had a really relaxing and lovely day out with friends and family and travelled to and from the occassion in an 8-passenger Taxi Bus provided by Cross-Street Radio Cars, driven by a most congenial young man.

One of the objectives of the day was to raise as much money as possible for various charities!  Each team being responsible for raising their own entry fee and sponsorship for the charity of their choice. The Rotary Club of Swindon Phoenix were proud to be sponsored on their inaugural Dragon Boat Event year by Feltham Construction.

Dragon boat racing began more than 2000 years ago on the banks of the life-sustaining rivers in the valleys of southern China as a fertility rite to ensure plentiful crops.For many centuries, dragon boat racing was a violent clash known as the ‘To Fight and Cross Over’ ceremony. Often, the race resembled a naval battle, with crews of competing boats throwing stones and striking one another with cane sticks. Onlookers played an active role in the race. Fans on riverside would cheer and give gifts of red and green silk to the boat from their region but would greet opposing boats with angry shouts and a hail of stones. It was thought unlucky if that least one drowning did not occur!Now a modern day sporting activity, dragon boat racing has become popular with charities, and corporate bodies alike. For the former it provides a high profitable opportunity to raise funds and awareness for worthwhile causes. For companies it offers a superb platform for team building, corporate entertainment and hospitality.

"Coate boasts a host of Bronze Age, Romano-British and Medieval history that spans a period of up to about 3000 years. The oldest known ancient monuments at Coate are the Neolithic Stone Circle and the Bronze age burial mound along Day House Lane. However, no less than six Stone Circles have been recorded in the Coate area linked up, in part, by avenues of large Sarsen stones. The remains of one of the stone circles probably still lies at the bottom of the lake at Coate Water whilst other ancient finds are dotted around the area that include evidence of Medieval settlements." 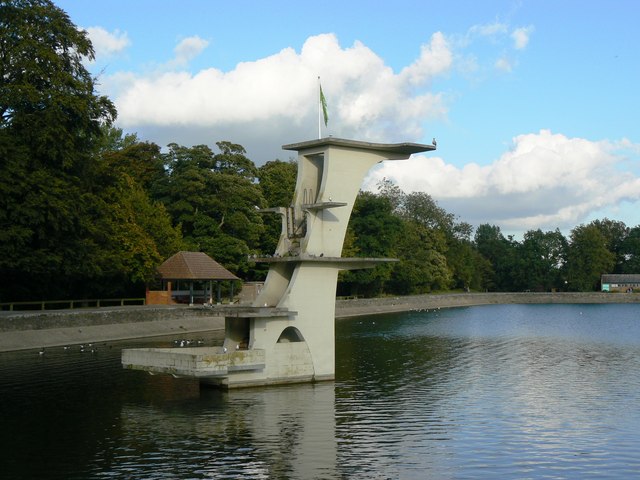 The park became well know as
'Swindon's Playground ' when it
first opened in 1822, and was
eventually purchased by the
Swindon Corporation after
the the demise of the cana
l system in the early 1900s.
Maintained as an area of considerable natural beauty to
'...be enjoyed by all the Swindon townsfolk' it was officially re-opened as a park in 1935 by Mayor, FT Hobbs.
To celebrate the occasion, diving champion, Cecile Cousins, was invited to perform the inaugural dive from the top of the new Art Deco concrete diving stage.
An act she performed with a perfect ten.