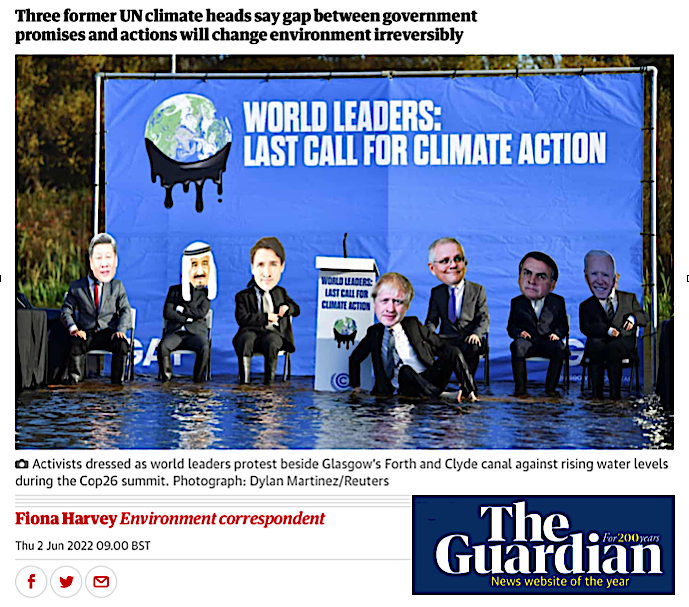 There is a stark gap between what governments have promised to do to protect the climate, and the measures and policies needed to achieve the targets. At the Cop26 summit last November, countries agreed to bring forward plans to limit global heating to 1.5C above pre-industrial levels – the limit of safety, according to scientists. They have so far submitted pledges that would limit temperatures to under 2C.

BUT the policies and measures passed and implemented by governments would lead to far greater temperature rises, of at least 2.7C, well beyond the threshold of relative safety, and potentially as much as 3.6C. That would have “catastrophic” impacts, in the form of extreme weather, sea-level rises and irreversible changes to the global climate.