The Colour of Time by Dan Jones and Marina Amaral 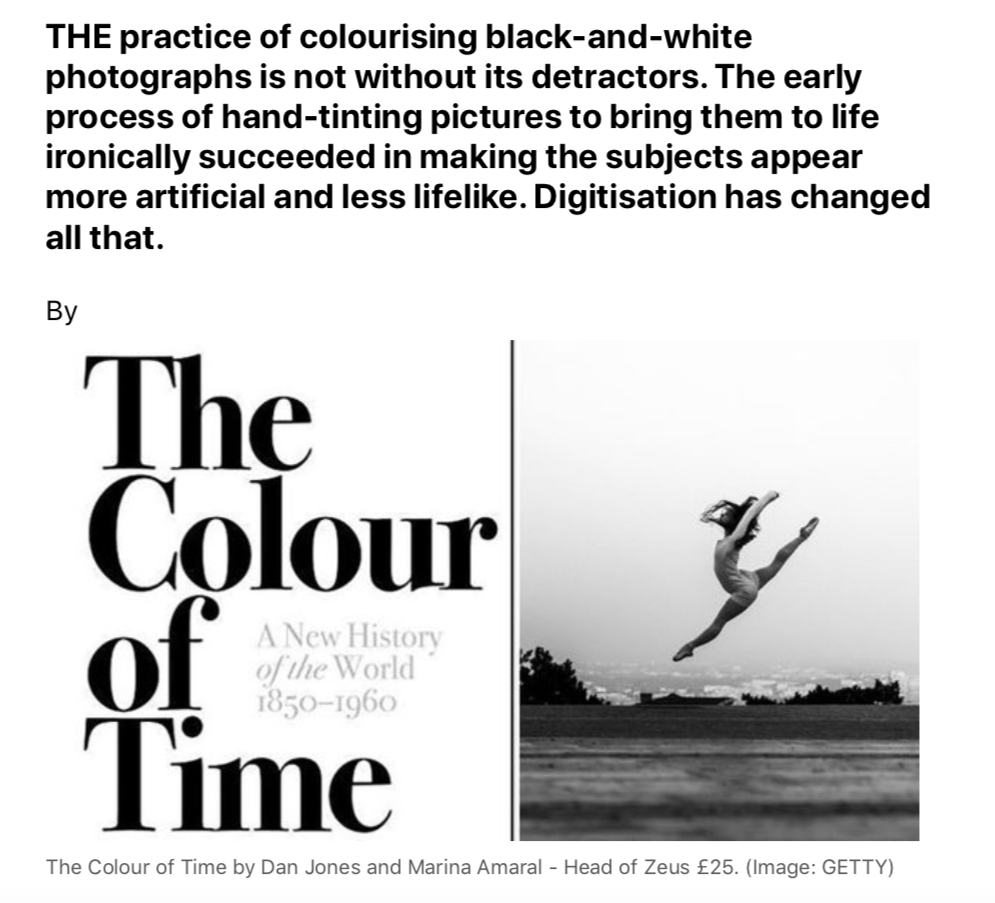 This book, a collaboration between historian Dan Jones and Brazilian artist

Marina Amaral, takes 200 photographs from the century between 1850

immediacy. It is a century of empires and revolutions, cataclysmic social

before and after the American Civil War. Politicians and royalty alternate

with soldiers and peasants, labourers and assassins, the living and the dead.

The accompanying text is a marvel of compression.

purpose of the photograph, from documented reality to shameless

Abraham Lincolnʼs portrait is remarkable, the blue of his tie hinting at the

blue in his eyes.

In spite of the adage, the camera lies all the time.

been placed there by the photographer Roger Fenton to romanticise the

Charge of the Light Brigade.

The portrait by Alexander Gardner of would-be assassin Lewis Powell, who

young man as an insouciant rebel. Taken in 1865, it could be mistaken for

a portrait of River Phoenix.

from the pages. Images take on a new dimension in colour, carefully

balanced by Amaral to enhance skin tone, as in the photo of Amelia Earhart,

There is much to enjoy here.

As a history book, it acts as a fleeting guide to a tumultuous century.

BUT as an aesthetic experiment it is remarkably successful. 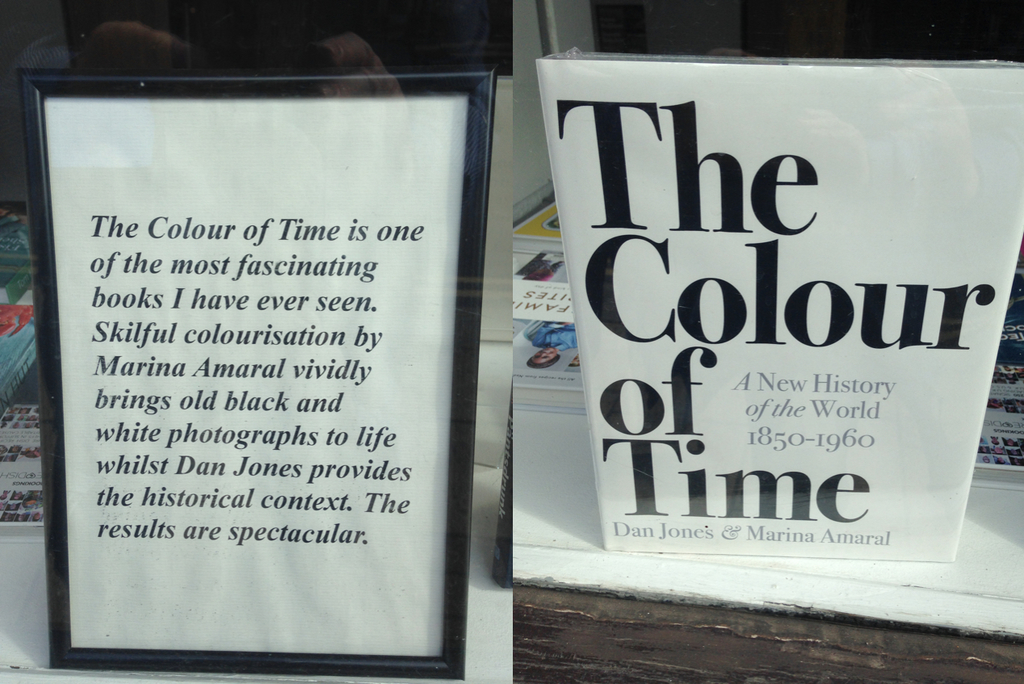 I had forgotten altogether about this BOOK REVIEW • which I posted

Richard, taking a walk over the 53rd Ploughing Match weekend,

through Battle to see the FESTIVAL celebrations, when shock horror

there was this copy of same in one of the shop windows.