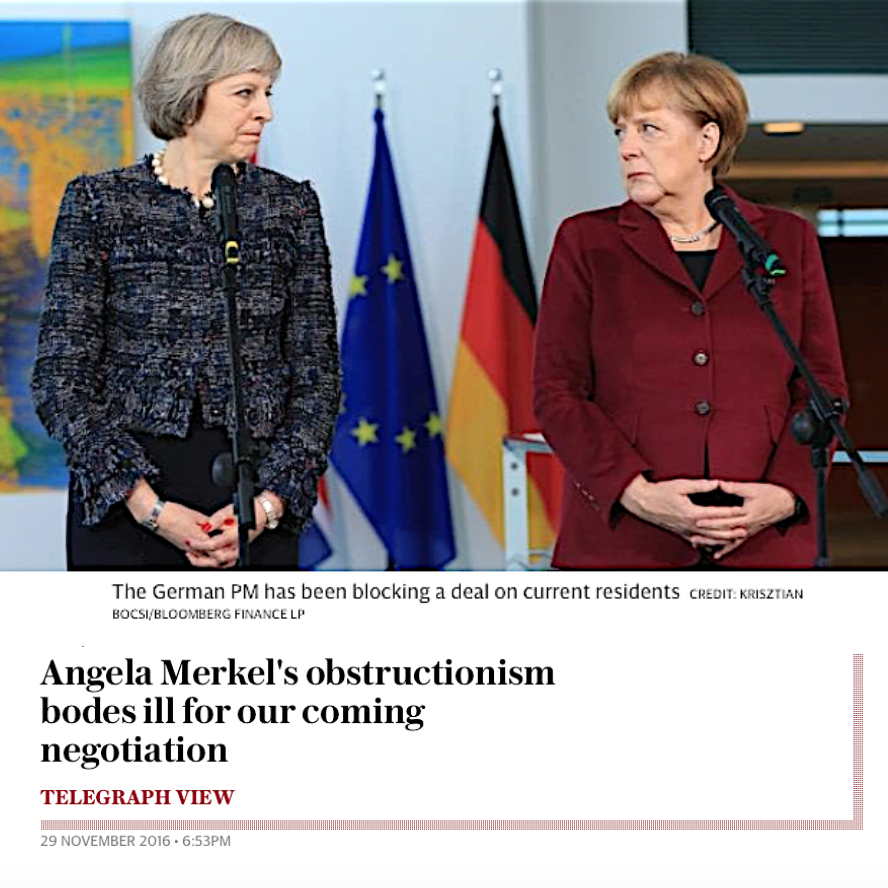 After the Brexit vote in June, Theresa May was denounced by Remainers for her reticence in saying what would happen to 3.5 million EU workers living in Britain. Would their rights be protected?

Before proceeding, the UK Prime Minister was justifiably anxious to discover what reciprocal arrangements there would be for the 1.8 million or so Britons living in the EU. However, she recognised this was a crucial matter that could be resolved before the process to leave the EU is triggered and the negotiations begin. Now we know that it is not the UK standing in the way of a deal on this issue BUT a handful of EU countries led by Germany. Mrs May had been hoping to announce an agreement in Brussels next month but this appears to have been stymied by Angela Merkel. This is an ominous development that does not bode well for the talks to come.

Nor does the apparent handing over of these negotiations in their entirety to the European Commission. Mrs Merkel says the 27 other EU nations will take a common position and it will be for officials in Brussels to do the deal. This is clearly designed to forestall attempts  by the UK to divide the bloc. However, the danger is that it will institutionalise the process in a way that will make flexibility and compromise hard to achieve.

The UK had been hoping to see a “down to earth” pragmatic approach of the sort championed by the Polish prime minister     on her visit to London this week. That is unlikely from the Commission for whom preserving the integrity of the EU project          is all that matters. A discrete deal on reciprocal worker rights would show goodwill on all sides, and every effort must be made to keep it alive. 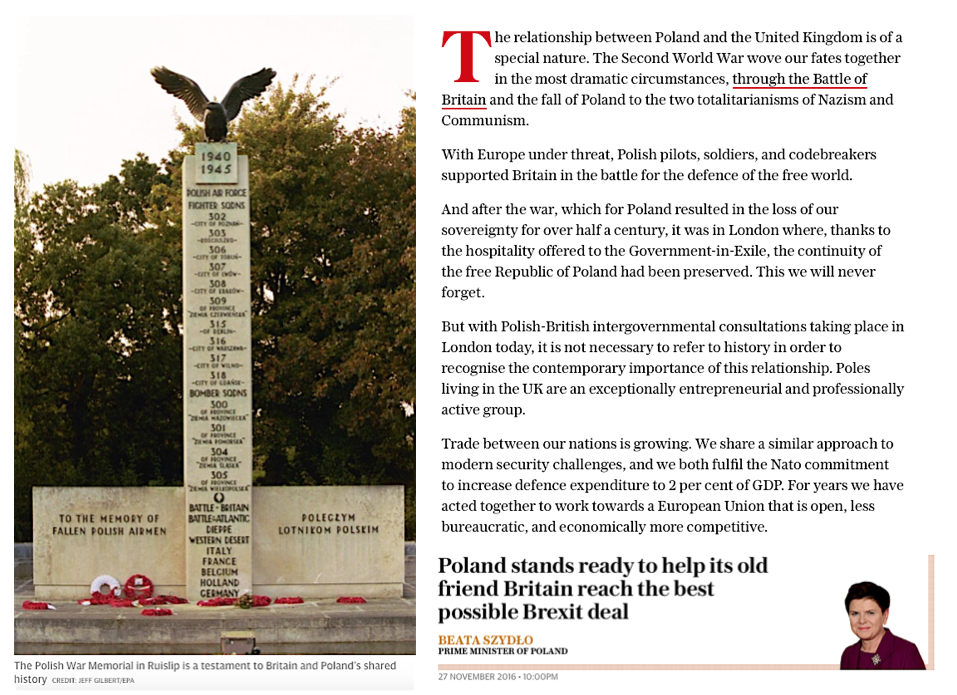 We hope, as I believe the rest of the EU hopes, that Britain’s new relationship to the EU will be as close as possible, and based on the principles of proportionality and balance of rights and obligations. Whether we manage to complete this arduous task of bringing negotiations to a satisfying result will depend solely on our imagination and leadership. We need a good compromise which gives both our countries the best possible options for economic and security cooperation. Poland will be a constructive partner in this process, as we have been in the past – but the initiative for determining British ambitions and expectations as to the future level of cooperation with the EU has to come from London. In the referendum, the British people expressed their will to regain full control over their political life, and so Brexit is inevitably about their readiness to propose and effect a new arrangement for their relations with the EU.