IS VLADIMIR PUTIN MAD, BRILLIANT OR ... In the vaulting confines of St Ekaterina’s Hall in the Kremlin, they sat like guilty children in detention as Putin, ensconced behind a desk, called on them one by one for their views. Everyone knew there was only one right answer. Not even the hawkish security officials close to Putin seemed at ease. No wonder: foreign intelligence chief Sergei Naryshkin was treated to a demeaning public reprimand when he became flustered. When he said he “will support” recognition (of the independence of the separatist regions of Luhansk and Donetsk), Putin curtly pressed him: “Will support, or do support? Tell me straight!”

After all, for the best part of two years, Putin has been kept in a biosecurity bubble of such severity that people scheduled to meet him spend a fortnight in guarded isolation, and even then have to pass through a tunnel fogged with disinfectant and bathed in ultraviolet light. Beyond a relative handful of his closest aides and friends, everyone has become a two-dimensional figure on a screen to him, his country a foreign land experienced through the TV news. No wonder he seems more isolated, even paranoid. Even without Covid, long-serving leaders don’t age well, and it is becoming increasingly clear that – like so many autocrats – Putin is becoming a caricature of himself.

I was once told by a former Russian spy that they had learned you “do not bring bad news to the tsar’s table” – and, certainly, the scope for him to be presented with inconvenient truths has shrunk, the circle of those to whom he listens has narrowed, and the gap between him and his closest officials, let alone his people, has widened.

After 20 years in power, he is less willing than ever to be disagreed with and appears to believe himself indispensable. He may occasionally flirt with the idea of stepping down, but that seems to be becoming less, not more likely over time. In part, this is a matter of trust. In a system without true rule of law, it would mean handing power over his and his friends’ fates and fortunes to a successor.

Putin is not a man to trust easily, at the best of times. 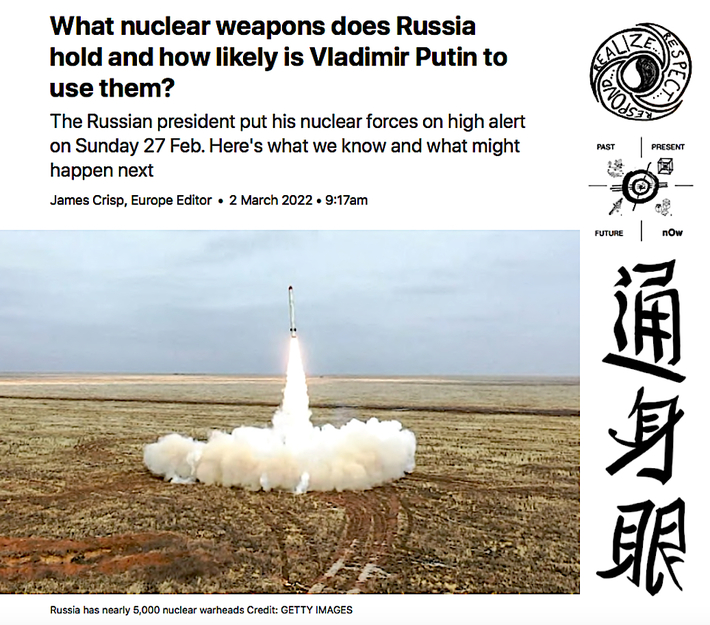 Russia may have drastically reduced its nuclear arsenal since the Cold War, but Vladimir Putin can still boast the biggest stockpile of nukes in the world. The Russian president put his nuclear forces on high alert on Sunday, raising fears that the war in Ukraine could escalate with horrific consequences. 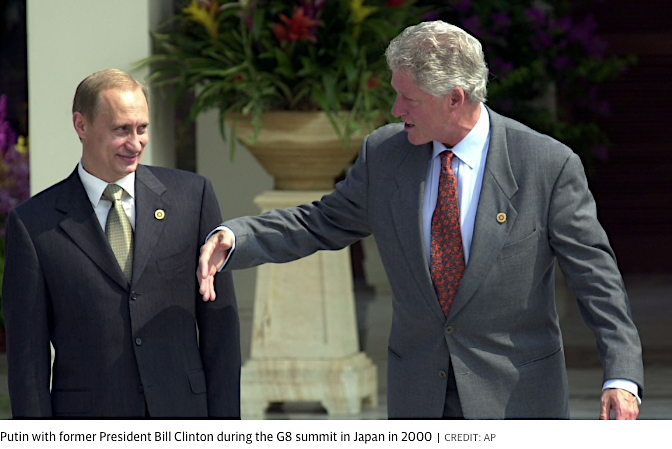 This is a man who grew up running with street gangs in the post-war ruins of Leningrad, and who was so eager to join the KGB – the biggest gang in town – that he tried to apply when he   was still a schoolboy.

Having made it, he was in East Germany when that state collapsed, nervously trying to face off against a crowd besieging the KGB offices in Dresden. Then, he returned to the Soviet Union just in time for that country to dissolve, and found himself no longer a member of a sinisterly powerful elite but desperately looking for work. He seems to have internalised the belief that to be weak is to be vulnerable; to trust is to be weak. He was presumably reminded of this in January.

Nursultan Nazarbayev, the dictator of neighbouring Kazakhstan, had granted himself a position that gave him status and immunity from prosecution for life, while he handed over the actual running of the country to a hand-picked successor, who then turned on him, forcing him to step down. That was a lesson Putin would hardly have failed to notice.

There is also the question of legacy, something that seems now to obsess Putin. His public appearances, like this week’s television address announcing the recognition, are larded with simplistic and often downright inaccurate historical parallels, all intended not only to justify his actions but to place him within a pantheon of Russian ‘greats’.

Yet even he must know that this is a hard sell now. 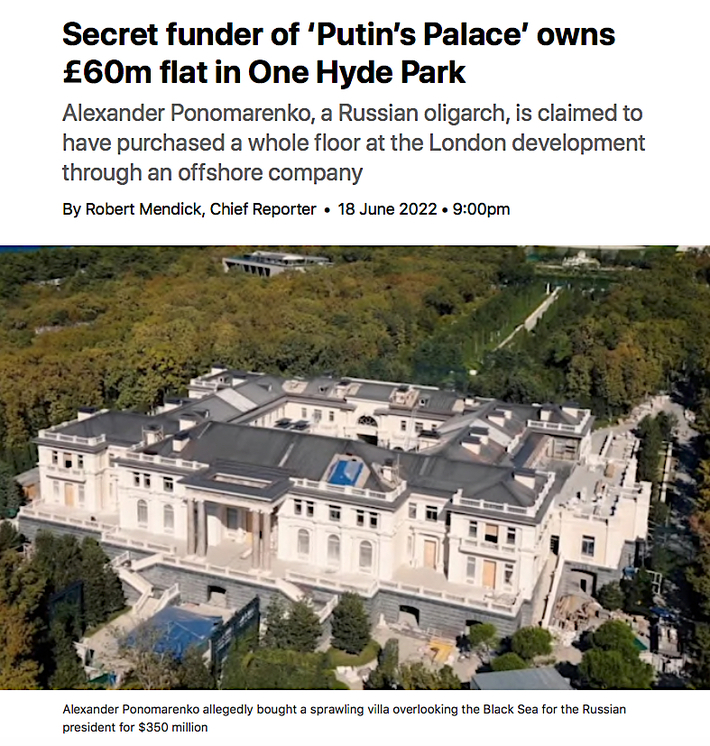 An oligarch accused of buying a palace for Vladimir Putin is the secret owner of a £60 million apartment in London’s most prestigious development which he purchased at the same time, it has been claimed.

Alexander Ponomarenko, who is on a UK sanctions list, purchased a whole floor at One Hyde Park in 2011, through an offshore company, it is understood.

A second oligarch, now under sanctions, bought an apartment registered through a UK-registered company, for his then teenage son amid inevitable questions over how a 19-year-old could afford a property costing £29 million. The block was developed by Nick Candy, a Conservative Party donor, and his brother Christian.

Mr Ponomarenko, 57, who made his fortune in banking and shipping and is the joint owner of Moscow’s biggest airport, was placed under UK sanctions in March following Russia’s invasion of Ukraine. The asset freeze prevents Mr Ponomarenko visiting the UK and bars any business here from dealing with him.