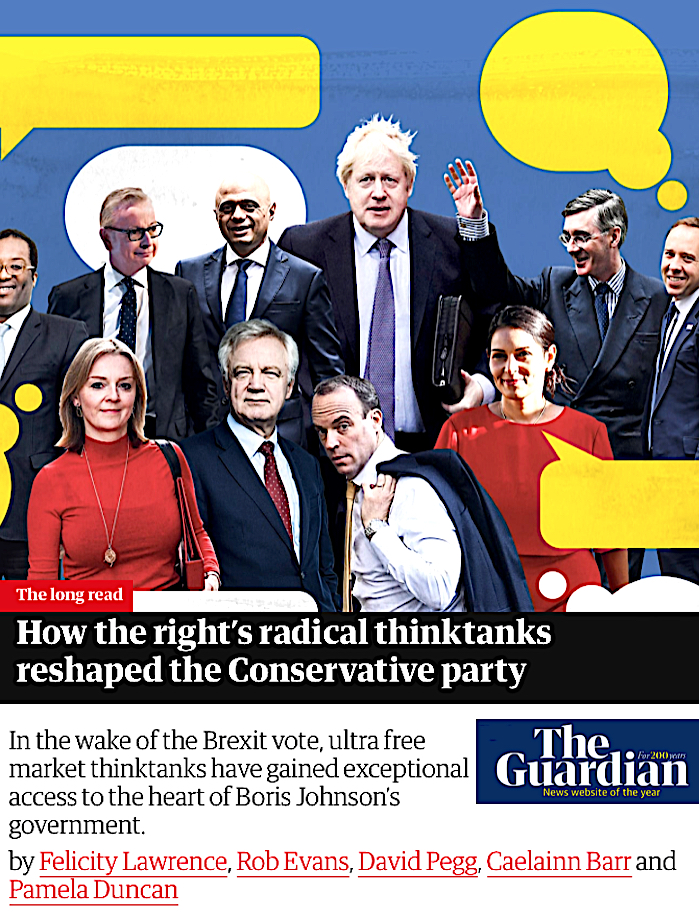 ... this year and proceeded, without the mandate of a general election, to appoint a cabinet that was arguably one of the most rightwing in post-second world war British history, many commentators called it a coup. The free market thinktank the Institute of Economic Affairs felt self-congratulation was more in order, however. “This week, liberty-lovers witnessed some exciting developments,” the IEA said in an email to its supporters. The organisation, whose mission is to shrink the state, lower taxes and deregulate business, noted that 14 of those around the Downing Street table – including the chancellor, Sajid Javid, the foreign secretary, Dominic Raab, and the home secretary, Priti Patel – were “alumni of IEA initiatives”. 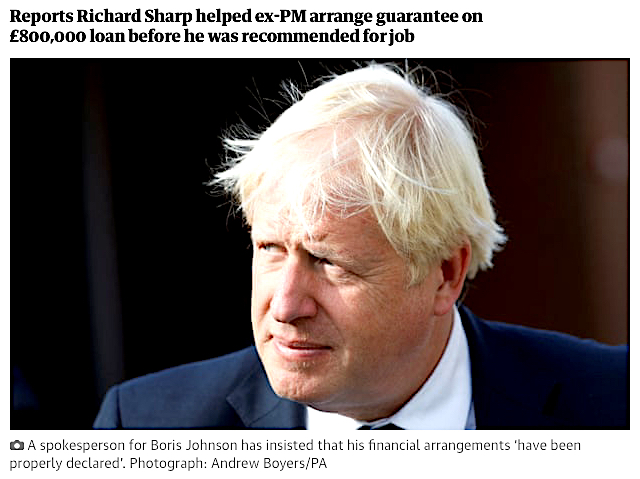 Labour is calling for an investigation after claims that the BBC chair helped Boris Johnson arrange a guarantee on a loan of up to £800,000 weeks before he was recommended for the job by the then prime minister. The party has written to the parliamentary commissioner for standards, Daniel Greenberg, after a report in the Sunday Times that Tory donor Richard Sharp was involved in talks about financing Johnson when he found himself in financial difficulty in late 2020.

Sharp introduced multimillionaire Canadian businessman Sam Blyth, who had proposed to act as the then PM’s guarantor for a credit facility to the cabinet secretary, according to the newspaper.