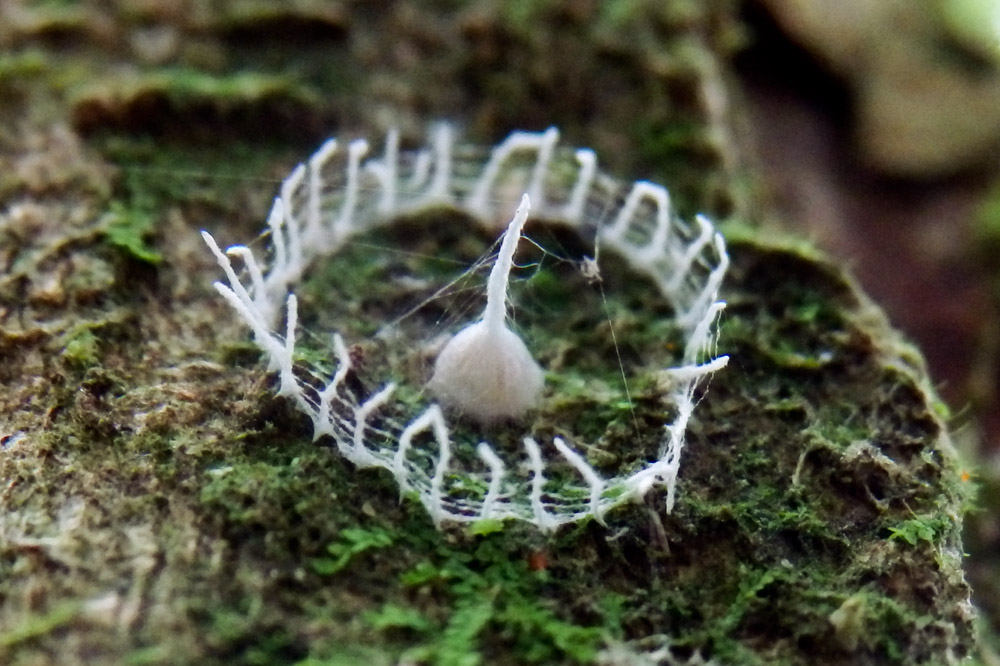 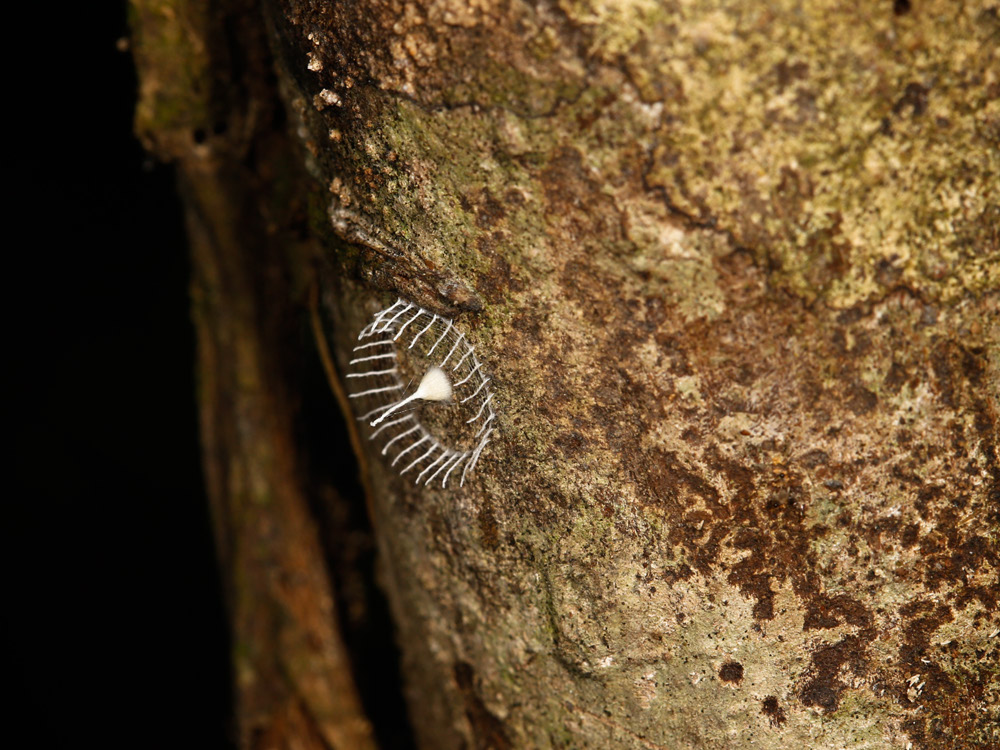 These Mysterious "Picket Fences" in the AMAZON

what their purpose might be. Georgia Tech doctoral student Troy Alexander

stumbled upon these two-centimeter-long white structures growing on trees

in Peru on June 7. Since then, the intricate handiwork has baffled scientists.

Although most agree it was likely built by an insect, no one can identify the

species that built it, or what the fence might be protecting. “I thought anything

worldwide and haven’t found an answer, so I don’t feel crazy saying that I’ve

found a new species, or at the very least, a new behavior ” Alexander said.

Alexander made the discovery when he was volunteering at the Tambopata

Research Center as part of the Tambopata Macaw Project. He noticed

for shade. (Read more about a new species of decoy spider that was

discovered at Tambopata.) “I looked up and thought, ‘What is that ?’”

Alexander said. “At the time, I thought a Urodid moth had started building

a cocoon and then just got distracted and didn’t finish or got eaten.”

Intrigued, Alexander snapped a few photos to show an entomologist back

at the center. But the expert had never seen anything like it. Neither had

anyone on Reddit’s What’s This Bug group, where Alexander also posted

the photo. Soon after, he saw several more of these structures, which

consist of a tall, white conical post in the middle, surrounded by what can

only be described as a small, circular white picket fence.

Having spotted several, Alexander knew that this wasn’t just the efforts of

a distracted moth. He posted these new photos on Reddit and got a few

Instead of spinnerets, or silk-spinning organs, some spiders have what’s

called a cribellum, which, instead of spinning silk fibers, pushes the

molecules through a fine mesh. “Looking more closely at the photos,

I thought, yeah, that does make sense. It does look like the silk was just

pushed through a mesh,” Alexander said.

A huntsman crawled onto my laptop
and the screen crackled into rainbows
and went white.
Jet black shadows slashed across the walls
of shapes I could almost remember.
“Let it all go,” said the huntsman.
“I cannot,” I replied,
“for the people on Twitter are mean jerks,
and Eckhart Tolle was just on the
Rubin Report,
and Bob Dylan made a Christmas album,
and everything is phony and stupid
and the bad guys always win.”
“Let it all go,” said the huntsman.


OH WHAT a SPIDER'S WEB WE WEAVE