THERE IS A CERTAIN IRONY ... 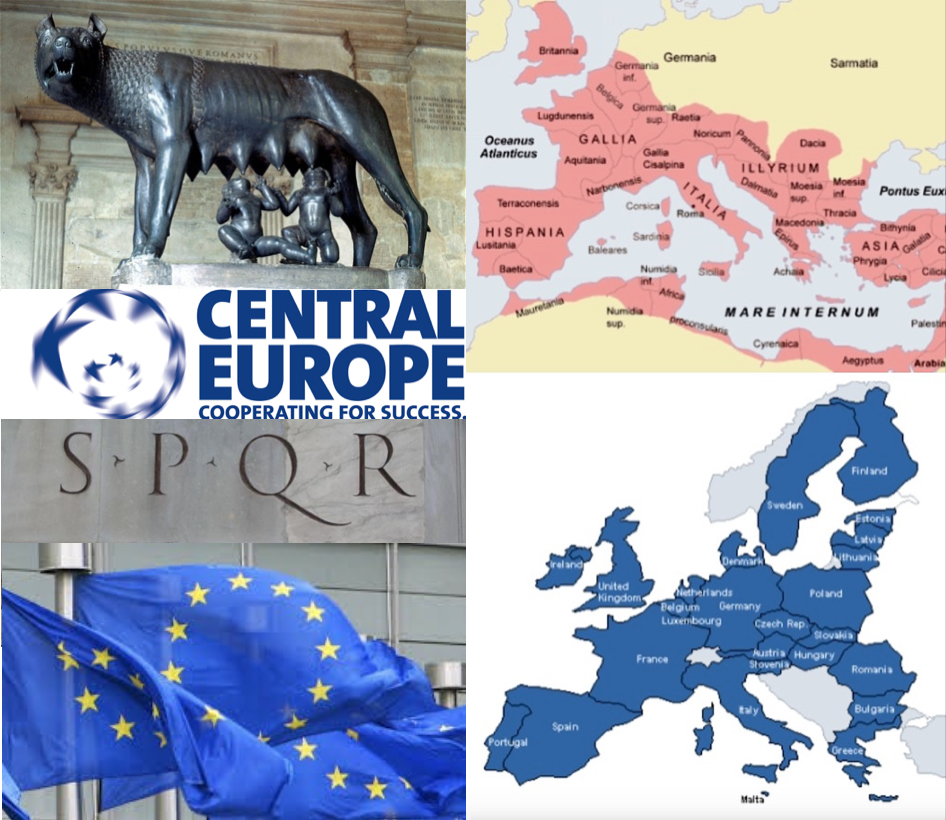 IS THERE NOT... that the undoubted success of the Roman Empire

included Britain but none of the other totally northern states of

Europe. This obviously had a lot to do with the fact that they

achieved, as a result of building the best warships and their

of the Mediterranean and the western, Atlantic-facing shores of the

continent. As well as the fact that ALL that was Roman for as long

as their influence has existed, was based on what the Greeks had

established themselves over a considerable period of time.

territorial extent of the Roman Empire and particularly the minerals

that were available in Britain. A country which also provided a milder

soon established by the Romans, in the grounds of what is now

Blenheim Palace, only a stone's throw away from the churchyard

where Winston Churchill is buried in Bladon. It was, of course, he

Union of European Nations, as opposed to the Benelux Coal and

Steel Model which the French decided to hi-jack from their

neighbours. I would venture to suggest that Churchill would be

somewhat dismayed by what has since resulted, because of the

creation of a Eurozone subset of the EU, using its own currency,

before the establishment of a European Political Union, which

should have been included from the outset.