memories of times past 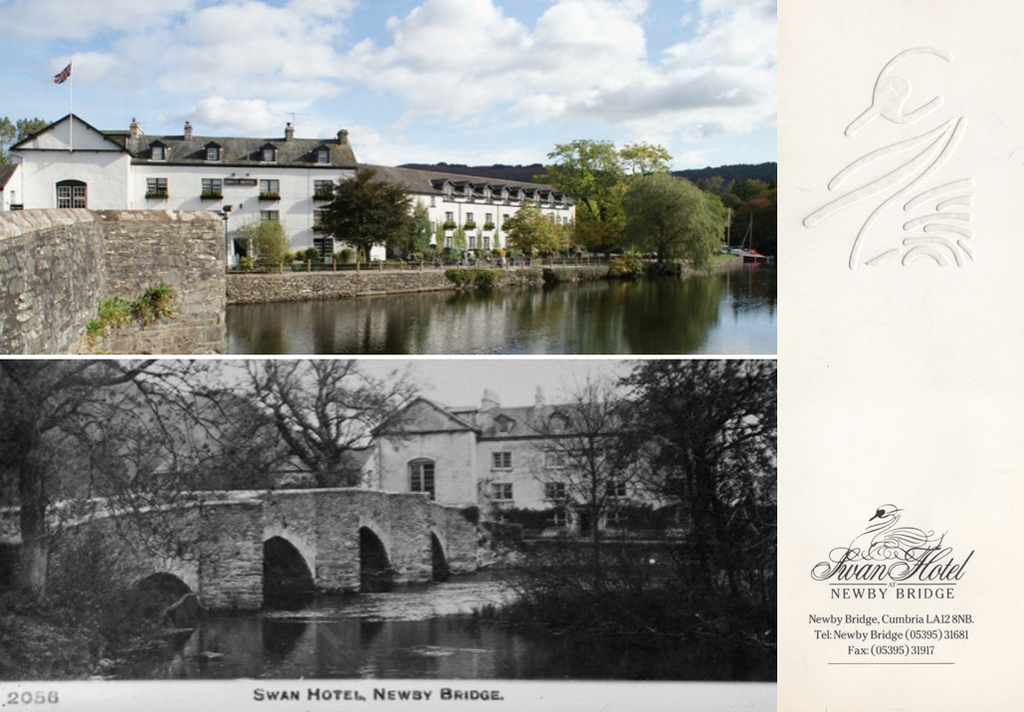 Situated at the southern tip of Lake Windermere in Cumbria, The Swan is

Lake District. Their comfortable and attractive, luxury accommodation is

It was during a long-weekend camping trip of a group of us, as mere

youngsters, that we first sampled the local brew of The Swan Inn, whilst

sitting on the stone-walled bank to the far right of the coloured photograph,

on a very hot summer's day with our feet dangling in the water. Needless to

say, we were not then able to even think about enjoying a meal in the

restaurant, freshly prepared by the chef from local produce - because fried

egg and bacon, cooked on a Calor Gas camping stove, back at the camp

site was the order of the day.

Nathaniel Hawthorne, a prolific nineteenth century American author, was in

1853, appointed American Consul in Liverpool. During his four year stay in

Great Britain, Hawthorne, together with his wife and family, travelled the

length and breadth of the land, keeping a journal as he went, which he

subsequently published under the title of The English Notebooks.

On July 10th 1855, their travels brought them to the Lake District and

their stay at the Swan Hotel, Newby Bridge, which he described so ...

"We reached home somewhere about eight o'clock - home I see I have called it; and it seems as homelike a spot as any we have found in England, the old inn, close by the bridge, beside the clear river, pleasantly overshadowed by trees "

long week-end, at the Swan Hotel, enjoying everything that was on offer

and recollecting memories of times past.