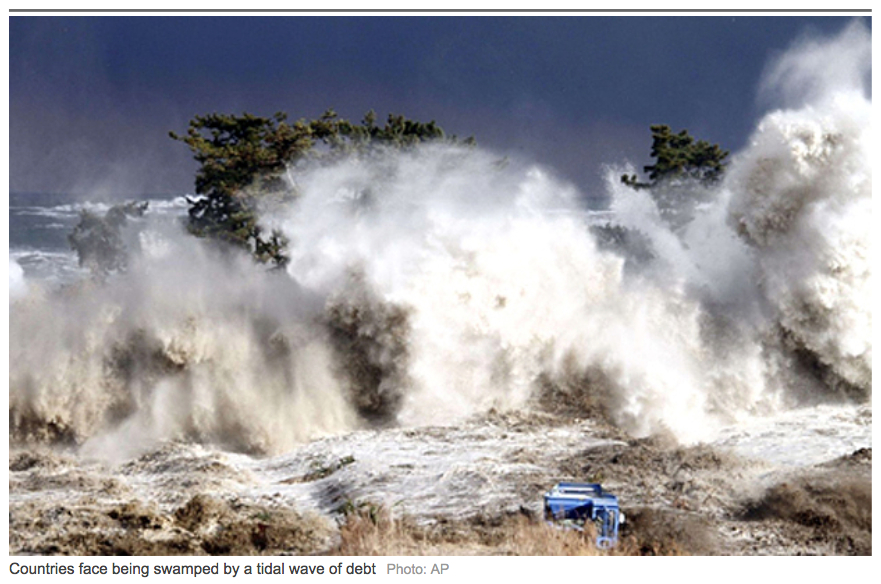 as WORLD SINKS beneath a SEA of DEBT

a vehicle called Delta Two, that I chose to retire in June of 2007, having

decided that the financial crash was well on its way to fruition.

before launching a takeover bid worth 600p per share, or £10.6bn in total

but this bid eventually failed and Qatar Holding retained its stake of 26pc.

Not long after, the Northern Rock 'Run on the Bank' began.

losses of more than £1.5bn from its investment in J Sainsbury after a

downbeat trading update from the supermarket retailer sparked a slide

in its shares. The irony of ALL of this IS that the entirety of 'the market',

including their political cohorts, continue to preach the supposed fact

and Lidl's VALUE for MONEY, at a time when families are faced with less

and less disposable income for food on the plate. As Jeremy Warner has

suggested in his Telegraph article ...

As if the fast degenerating geo-political situation isn’t bad enough, here’s another lorry load of concerns to add to the pile. The UK and US economies may be on the mend at last, but that’s not the pattern elsewhere. On a global level, growth is being steadily drowned under a rising tide of debt, threatening renewed financial crisis, a continued squeeze to living standards, and eventual mass default.

I exaggerate only a little in depicting this apocalyptic view of the future as the conclusion of the latest “Geneva Report”, an annual assessment informed by a top drawer conference of leading decision makers and economic thinkers of the big challenges facing the global economy.

Aptly titled “Deleveraging? What Deleveraging?”, the report points out that, far from paying down debt since the financial crisis of 2008/9, the world economy as a whole has in fact geared up even further. The raw numbers make explosive reading.

Contrary to widely held assumptions, the world has not yet begun to de-lever. In fact global debt-to-GDP – public and private non financial debt - is still growing, breaking new highs by the month.

to maintain the self-serving maximisation of profit status quo, than

Tesco's rather imaginative 'creative accounting' practices, which are now

subject to a Financial Conduct Authority investigation and yet another of

the ever more potentially destructive 'accidental fat finger trades' - as