But summer isn’t what it used to be. 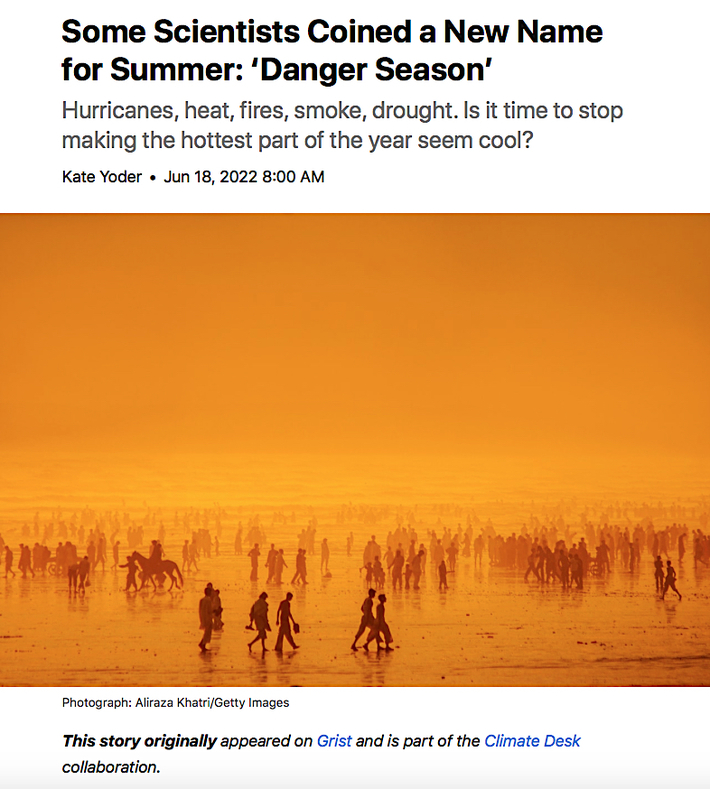 Summer has remained mostly the same for a millennium or more. Around the year 900, Old English speakers were already using the word sumor for the warmer months. Some say the word summer is probably close to the version heard 4,000 years ago, when people spoke the prehistoric Indo-European language believed to be the ancestor to many languages spoken across Europe and India today. But summer isn’t what it used to be. The season is getting so hot that it might be time for a new name: “danger season.”

The phrase, part of a new campaign by the Union of Concerned Scientists, refers to the period from May to October marked by a drumbeat of disasters in the United States. During these months, people across the country still splash in pools and head to the beach, but increasingly, they also suffer through heat waves, flee from wildfires, breathe smoky air, and board up homes as hurricanes approach.