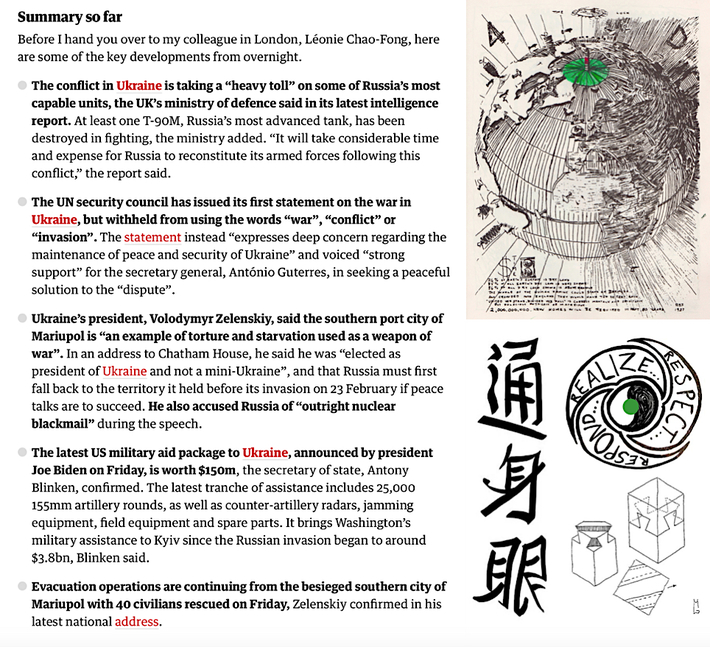 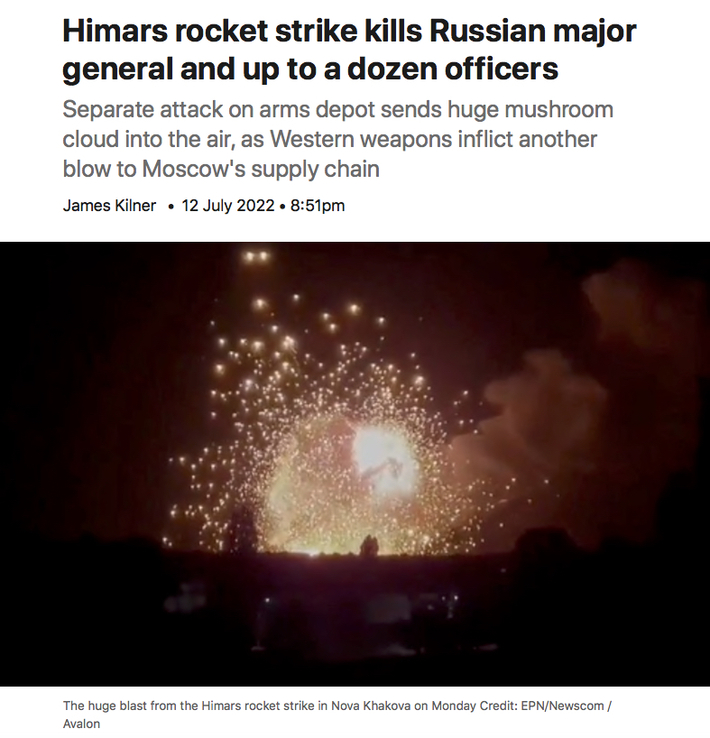 A major general and up to a dozen Russian senior officers have been killed in the latest wave of strikes by Western precision weapons that have crippled Russian logistics. Major General Artyom Nasbulin, the chief of staff of the 22nd Army Corps, was killed in a Himars rocket strike on a command post near Kherson, said Sergei Bratchuk, a spokesman for the Odesa region.

If confirmed, he would be the 12th Russian general killed in Ukraine since the war began. Another strike on an arms depot in Nova Khakova on Monday night sent a huge mushroom cloud towering into the air, and exposed Moscow's reliance on railways to deliver weapons. Videos showed ignited munitions flying out of the explosion that shattered windows in nearby houses. Monday’s blast was the largest of a series of devastating explosions to hit Russian munitions supplies over the past two weeks. 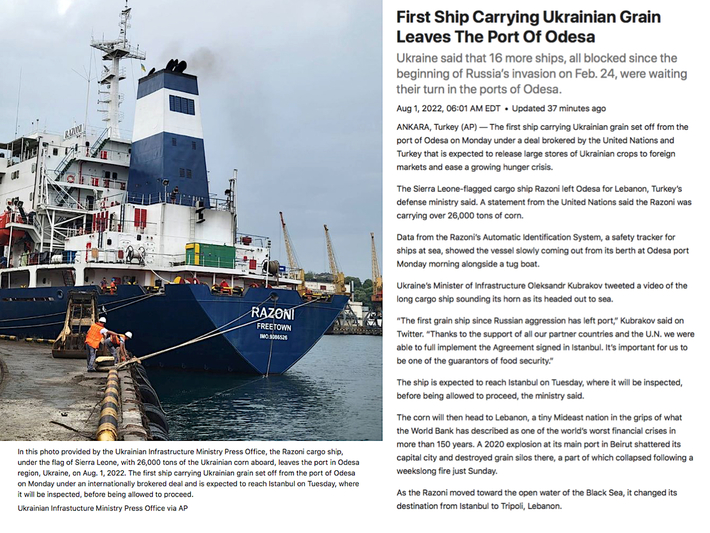 In Kharkiv, two people were wounded by a Russian strike in the morning. One was wounded while waiting for a bus at a stop, and another was hurt when a Russian shell exploded near an apartment building.

The southern city of Mykolaiv also faced repeated shelling, which triggered fires near a medical facility, destroying a shipment of humanitarian aid containing medicines and food.

“The danger remains: The Odesa region has faced constant shelling and only regular supplies could prove the viability of the agreements signed,” said Volodymyr Sidenko, an expert with the Kyiv-based Razumkov Center think-tank.

“The departure of the first vessel doesn’t solve the food crisis, it’s just the first step that could also be the last if Russia decides to continue attacks in the south.” Here is a summary of events today: