Those who made us FAT & then ROBBED us BLIND 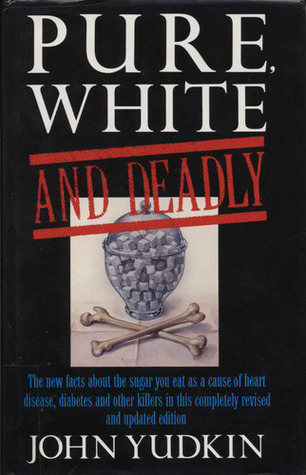 AN evening of "entertainment"

watching a re-run of

from the BBC - under the

guise of their latest epic

"The men who made us fat"

Around the world, obesity levels

are rising. More people are now

our eating habits to find out how

decisions made in America 40

years ago influence the way we

"The Untouchables" from PBS

bankruptcy, sparking the biggest financial crisis since the Great

Depression. When the anniversary hits, many legal experts agree, any

chance federal prosecutors will have had to hold Wall Street accountable

will have come and gone with the passing of the statute of limitations.

So is Wall Street breathing a sigh of relief ?

In The Untouchables, the FRONTLINE correspondent Martin Smith

examines why not one major Wall Street executive has been prosecuted

for fraud tied to the sale of bad mortgages. Many of the same issues

when considering whether to prosecute large financial institutions.

That question first drew the attention of lawmakers shortly after the

The Untouchables premiered. A week after the film, Senators Sherrod

Lanny Breuer, the former head of the Justice Department’s criminal

In any given case, I think I and prosecutors around the country, being responsible, should speak to regulators, should speak to experts, because if I bring a case against institution A, and as a result of bringing that case, there’s some huge economic effect — if it creates a ripple effect so that suddenly, counterparties and other financial institutions or other companies that had nothing to do with this are affected badly — it’s a factor we need to know and understand.

as JPMorgan Chase among its clients. Nonetheless, the criminal division’s

lawmakers and the Department of Justice.

In February, the department wrote back to Brown and Grassley to say

that, “No corporate entity, no matter how large, is immune from

prosecution.” The senators responded by calling the letter “aggressively

evasive.”  Regulators came under renewed criticism in March, when the

banks has become a factor.

“I am concerned that the size of some of these institutions becomes so large that it does become difficult to prosecute them,” Holder said. “When we are hit with indications that if you do prosecute, if you do bring a criminal charge it will have a negative impact on the national economy, perhaps world economy, that is a function of the fact that some of these institutions have become too large. It has an inhibiting impact on our ability to bring resolutions that I think would be more appropriate. That is something that you all need to consider.”

Last week, Holder sought to walk back his comments, telling lawmakers his

words had been “misconstrued.” “Let me be very, very, very clear,”

Holder said. “Banks are not too big to jail. If we find a bank or a

financial institution that has done something wrong, if we can

prove it beyond a reasonable doubt, those cases will be brought.”

The Justice Department, said Holder, has brought thousands of financially

based cases over the last four-and-a-half years. One of the most recent

in February alleging that the credit-rating giant knowingly understated

the risk behind many of the financial products that caused the

With S&P now facing as much as $5 billion in potential liabilities, the case

is one of the largest to come out of the crisis. It may also be one of the

last. In February, the Supreme Court ruled that the SEC cannot extend the

time limit for seeking penalties in civil fraud cases, a ruling that largely

ensures few if any new charges will emerge from the crisis.

story of high-fructose corn syrup. The sweetener was championed in the

use of the excess corn grown by farmers. Cheaper and sweeter than sugar,

it soon found its way into almost all processed foods and soft drinks.

HFCS is not only sweeter than sugar, it also interferes with leptin, the

hormone that controls appetite, so once you start eating or drinking it, you

don't know when to stop.

Deadly, first published in 1972, and was one of the first scientists to claim

that sugar was a major cause of obesity and heart disease.

of HFCS but his findings were discredited at the time. Lustig has spent the

on the central nervous system and metabolism. He is the Director of the UCSF

the Obesity Task Force of the Endocrine Society. Lustig recently assisted with

the completely revised and updated edition of  Pure, White and Deadly.

million hits and his book Fat Chance: Beating the Odds Against Sugar,

Processed Food, Obesity, and Disease was published in Autumn 2012.

A US Congress report, however, blamed fat, not sugar, for the disturbing

rise in cardio- vascular disease and the food industry responded with

ranges of 'low fat', 'heart healthy' products in which the fat was removed -

BUT the substitute was yet more sugar.

campaigns to promote the idea of snacking between meals. Outside

burgers cooked and served with a very un-British zeal and efficiency.

Twenty years after the arrival of McDonalds, the number of fast food

outlets in Britain had quadrupled.