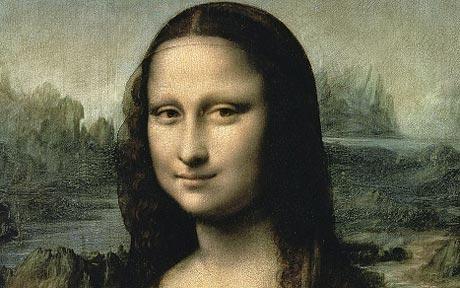 human form, that FORM would undoubtedly be FEMALE NOT MALE.

GOD is FORMLESS - which Leonardo da Vinci, as the bastard son of

of an important lawyer, very well understood when he painted the

last supper and characterised  the ORDER of NATURE with the

smile of the Mona Lisa.

the one female jewish biker - which all of the men woke up  to,

every morning of their 4000 mile trip from Toronto to Miami.

best be crystalised by his following statement -

“Briefly, what I am proposing is that the psychology of the mature human being is an unfolding, emergent, oscillating, spiraling process, marked by progressive subordination of older, lower-order behavior systems to newer, higher-order systems as man’s existential problems change.”

The lower-order behaviour systems which equate spirituality to
the creation of religions based on the patriarchal interpretation of dreams and visions entirely unrelated to THE ...

Universal Law of Gender which IS the expression of  YIN & YANG

The law states that these two principles reside  WITHIN  ALL  THINGS,

and IT IS through these principles that HUMANITY is ABLE to CREATE.

the inner into the outer world. IT IS the force of the ONE & ONLY GOD.

It creates LIFE, even that which is born into the solidity of the physical

manifestation of our planet of  THINGS, for both of the principles of

YIN and YANG, in ABSOLUTE BALANCE & HARMONY, must be present

to BUILD and to MANIFEST in our multi-dimensional reality, as well.

the POSITIVE/negative and NEGATIVE/positive or MASCULINE and

FEMININE principles, within each and every one of our SOULS, brings

the PERSON to a POINT of ANDROGENY, that state of BALANCE of

THE ONE MIND that aligns the individual with the HIGHER SELF.

“Travelling across the US on a Harley, with a gang of North London Jewish bikers,

is not an opportunity that comes along that often.”