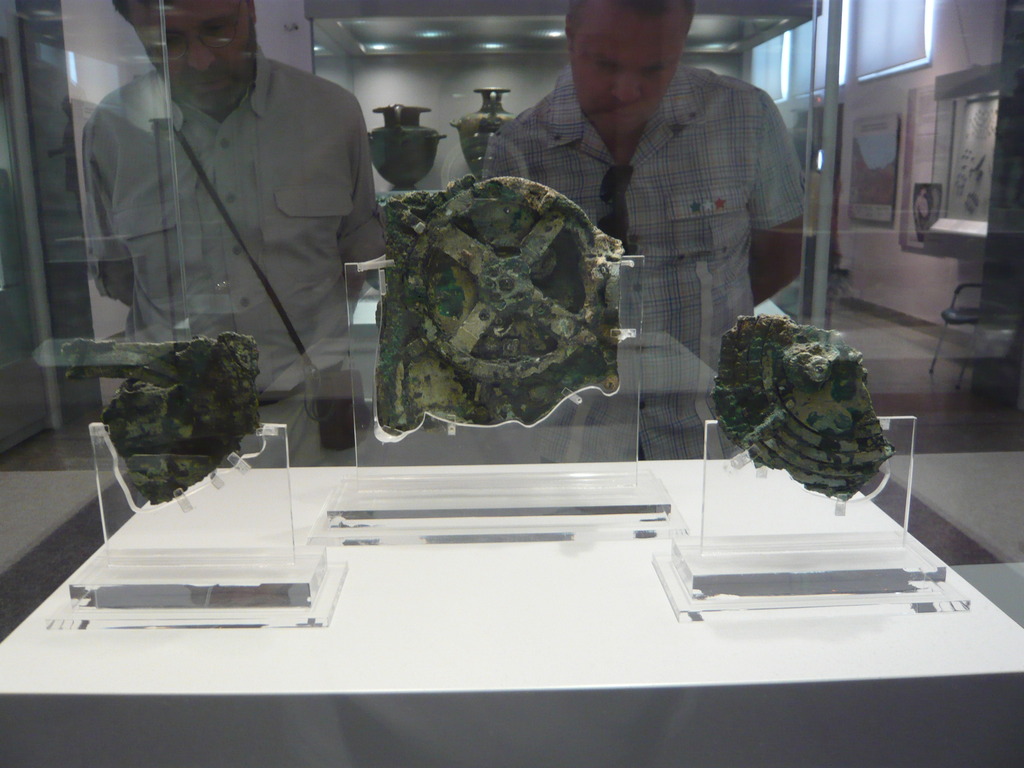 The story of the world's first computer -

built over two thousand years ago, by a greek genius.

Capturing the theory of (almost) everything that the

greek belief system of the day subscribed to - 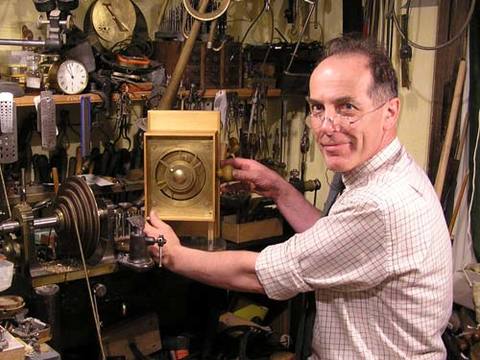 I have been following the progress

of understanding the significance

of this "TIME prediction machine"

ever since I first became aware of

the work of musical instrument

attempt to create a working model

of the Antikythera mechanism.

more than a hundred years ago, by sponge divers at the bottom of the sea near

the island of Antikythera - that has taken more than a century to decipher.

It astonished the whole international community of experts on the ancient

world.  Was it an astrolabe ?  Was it an orrery or an astronomical clock ?

to include all the known features of this complex device.

For decades, scientific investigation failed to yield much light and relied

more on imagination than the facts. However research over the last half

century has begun to reveal its secrets. The machine dates from around the

end of the 2nd century B.C. and is the most sophisticated mechanism

known from the ancient world. Nothing as complex is known for the next

thousand years. The Antikythera Mechanism is now understood to be

dedicated to astronomical phenomena and operates as a complex

mechanical "computer" which tracks the cycles of the Solar System.

complex mysteries. From 2005, a new initiative is building on this previous

The Antikythera Mechanism Research Project  is an international effort

of collaboration of academic researchers, supported by some of the

reassess the function and significance of the Antikythera Mechanism.

my fascination with this device, its maker and the culture which

underpinned its creation - IS so profound. The fact that the exhibition has

fascination with the subject.

Romans - subsequent to their sacking of Syracuse and the eventual demise

to the west as its secret moved eastwards to the Persians, who presumably

utilised its power to consolidate their own understanding of the heavens -

straights of Gibraltar to conquer the Spanish mainland and instigate the

creation of University Libraries such as at Cordoba.

Muslim Spain. Not only was it artistic, scientific and commercial but also

tolerant and poetic. Moors, as the Spaniards call the Muslims, populated

Spain for nearly 700 years. It was their civilization that brought Europe

out of the dark ages and ushered in the renaissance.

Their influences still live with us today.

model following the Romans carnage in Syracuse; and the subsequent demise

multi-cultural tolerance of the early Muslim World, which has tragically

transmogrified into the devisive collection of shiite/sunni/fundamentalist

created the problem in the first place. What goes around comes around.

Which in the context of precession, still brings me

back to the conclusion that IT is ALL GREEK to me !!??

its  head  to be able to reproduce the inner workings of


a piece of art  long lost to our amazement & gratification.

You can just imagine what Leibnitz would have made of the

function and significance of the Antikythera Mechanism !!!???

The properties of space have been postulated by many, from ancient Vedic philosophy,

Eastern Mystics, various ancient civilizations throughout human history all the way to Descartes,

Greek astonomers pioneered the work of calculating the sides and angles of triangles. Islamic

scholars used trigonometry to determine the direction to Mecca. Muslims like to pray facing Mecca.

killing animals for meat. It was Al-Khwarizmi who wrote about the practical use of decimals and

also clarified and popularised a method for solving certain mathematical problems. He explained

the method in his work The Book of Restoring and Balancing.

The term al-jabr in its Arabic title, Kitab al-jabr wa’l-muqabala, is the source of the English word

mathematical tool ever devised, and one that underpins every facet of science.”

high esteem because of his clear explanations regarding the use of equations. Al-Khwarizmi’s

descriptions paved the way for further studies in algebra, arithmetic and trigonometry.

and to advance studies in astronomy. In time, al-Khwarizmi’s works were translated into Latin.

The Italian mathematician Fibonacci (c. 1170-1250), also known as Leonardo of Pisa, is generally

credited with popularizing Hindu-Arabic numerals in the West. He learned about them during his

travels in the Mediterranean world and thereafter wrote his Book of Calculation.