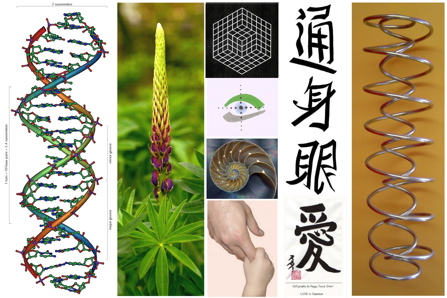 THE FACT that every

LIVING THING is a

and each and every one of the “strands of DNA”,

have a propensity to BE WHAT IS ?

Spiritual Flute: The Beauty of Nature

NOT the "collective consciousness" of our

new masters of the globe as custodians of

the collective consciousness of the peoples

The propensity for the British people to adopt an open-minded attitude, during the last 10,000 years of manifestation of ALL of THIS, has of course been in juxtoposition to those whom have aspired TO BE THE BRITISH PEOPLE in control of the rest.

Karl Marx, when writing Das Capital, well understood this in essence, BUT misunderstood, from the perspective that the british people would not rise against their BRITISH PEOPLE MASTERS, that revolution according to his “communist blueprint” would NOT take place in Britain unless there was a collective common-sense reason to DO SO.

the be-heading of King Charles I, poll tax et al ...

THAT IS the real way of THE BRITISH

I SEE Barack Obama’s inauguration, this coming Tuesday, as the dawn of the NEW ENVIRONMENT and Barack Obama himself as one who potentially has the wisdom of knowledge of understanding of ALL of THIS and as such has the potential of leading the peoples of the world towards a GLOBAL MIND-SET of RESPONSIBLE ACTION.

From the VISION to the REALITY via a

moment by moment VOYAGE of DISCOVERY

The "fusion motor" dreamcatcher [to the extreme right of the picture above], which spins in our kitchen at home, IS symbolic of the " dual " bottom-up, top-down processes of the BIG PICTURE, acting in unison as ONE

you’re that part of me that continually inspires my BElonging

ditto, amazingly brilliant about the science of technology, and connection he is ducky…thanks Michael I have learned so much from you! You will have
to show me how to make all those links somehow. And thanks for helping
me figure out how to put up my video request to sing with the children
yesterday. Hopefully Josh will see it! Say a prayer, and love to
mickelinnie and co please :) HUG!

Nice discussion of such a all-encompassing subject. A minor point, but the DNA line at the start of you discussion prompted me to consider the
lowly RNA virus and the prion.
The former hijacks the DNA of others to go about the replication
process. The latter ‘life form’ seems to be merely a ‘protein structure
which can replicate without the use of nucleic acid.’

The TRUTH is: we were already global citizens before we were born.

It began with our own DNA.

The genes that provide the blueprint for our bodies are more than
99% identical to the genes of all other humans.

Genomic research has now established exactly who our ancestors
are and where they came from.

Our genes are, in fact, an evolutionary ‘Global Positioning System’
because they establish with uncanny accuracy our family tree
going all the way back to the beginning of Homo sapiens.