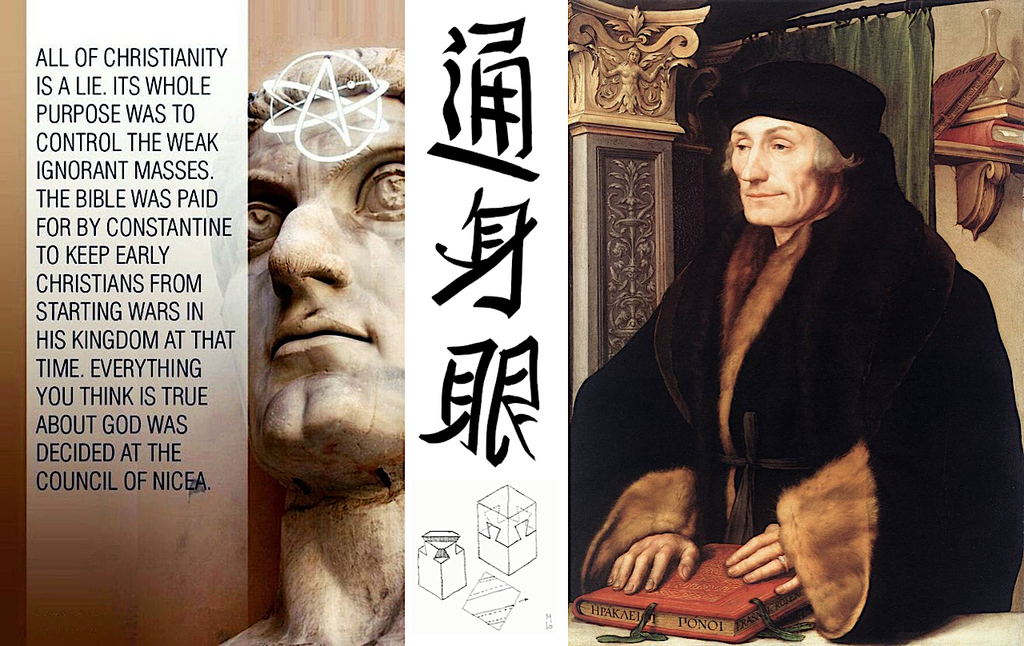 THE [ONE]eyed MAN IS KING

During TIMES of UNIVERSAL DECEIT, telling

the TRUTH becomes a REVOLUTIONARY ACT

THE GAME OF MIND CONTROL OVER the people's of the

subcontinent of EUROPE • IS finally approaching the end of

this particular cycle. AS IS often the reality in a high-profile

divorce case, [IT] IS becoming increasingly apparent, as a result

of the intransigence of the EU Commission and its cohorts, in

so-called respect for the effect of BREXIT on the unaudited

EU BUDGET, that they have actually run-out of money, as a

consequence of the proliferation of unaudited spending, on

the likes of self-engradisment of the whole project of uniting

EUROPE, without even a chance of majority support for the

establishment of the Five President's Report.

IT WAS over 360 years after the al-Qarawiyyin Library in Fez,

Morocco, had been opened, subsequent to the Moorish invasion

of Spain, that Frederick II was crowned Holy Roman Emperor in

1220, during a period, when the Church of Rome believed the

SUN revolved around the EARTH and science was akin to heresy

and asking questions about the universe could get you burned

at the stake. The Holy Roman Empire had survived over a

thousand years when it was finally destroyed by Napoleon

and the French in 1806. It may not have been holy or Roman or

an empire, as Voltaire remarked, but whatever it was, it had

survived for more than a thousand years since the coronation of

Charlemagne in the year 800, at which time he united all the

Germanic tribes in western Europe, but after his death his sons

split the empire into three parts: France, Burgundy-Lorraine and

Germany-Italy, such that Switzerland was part of the Holy Roman

Empire together with Germany, Austria and Italy during the so

the status of Switzerland as a Confederation, and after the end of

the Napoleonic period, the Swiss Confederation underwent a

creation of a federal constitution in 1848. The modern history of

Switzerland since has been largely one of success and prosperity.

economy, and Swiss neutrality during the World Wars as well as

the success of the banking industry furthered the ascent of

Switzerland to its status as one of the world's most stable

economies. Switzerland signed a free-trade agreement with the

European Economic Community in 1972, and has participated

in the process of European integration by way of bilateral treaties,

but it has notably resisted full accession to the European Union

(EU) even though its territory has been surrounded by EU member