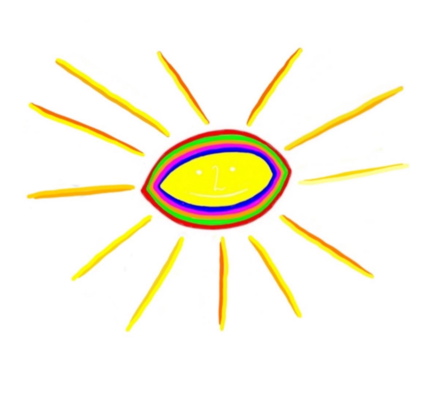 as EASY as "THIS"

to truly understand the significance of TIME.

A Labour M.P. stood up in the Houses of Parliament yesterday and started to preach to the conservative Tory benches opposite, politically pontificating about how the problems of the financial market were far more complex than the Tories understood and how THEY the Tories should understand that the ever evolving nature of the economic problems could best be described by “chaos theory”.

Labour had a better grasp of what to do than the Tory opposition.

ONLY time will tell.

Most of those people who voted Mr. Blair into power, as leader of the party of

NEW LABOUR and the middle way, to the tune of “things can only get better”,

truly believed that a NEW ORDER ENVIRONMENT would -

FULLY acknowledge the existence of “chaos theory” in the running of the economy.

fully implement the OLD LABOUR policies which the electorate didn’t vote for !

In the context of those who WILL have to pay for ALL of THIS, our children and their

children’s children, and the children within ALL of US adults, what better way for us all

GOES TO THE MOVIES. We could then appreciate fully what John Elbert has long told

us about the workings of the mind, in preparation for an appropriately applicable

understanding of how important the acknowledgement of the concepts of

Spiral Dynamics Integral are, to the survival of LIFE on EARTH.

It was Clare Graves who said in 1974 … that a version of George Orwell’s 1984, embodied in tyrannical, manipulative government with glossed over communitarian overtones, was a distinct possibility as a result of the playing out of the

Despite the fact that ALL Governments since Ronald Reagan and Margaret Thatcher have completely neglected their responsibilities, in regard to oversight and regulation of the financial services industry, the financial chaos which ALL taxpayers now face IS less to do with scientific analogies than a common sense understanding of the financial chaos which has ensued as a result of self-sophistication, arrogance and greed. It would seem that this common sense of the people in cutting back everywhere possible is not being mirrored by the majority of the political establishment or banking elite. As I have posted elsewhere, THE AMERICAN REVOLUTION was NOT a social but a political one.

The one that the British have endured for the last decade or more, was in the same vain more political than social, perhaps "the times are a changing", such that the NEW OBAMA administration will at least establish a BALANCE betwixt the political and the social, en-route to a revived version of democracy when the politicians will truly BE at the BEHEST of the people.

to benefit future generations. WE should be optimistic that civilization will

survive this challenging century, and put some effort into creating the

best possible world for those who will inherit our efforts.

for today the 13th VALENTINES day of the 21st century

Michael, you were one of the few who understood me when I asked WHY “we” tend to believe in the reality of the concept of “nothing.” For truly, how can
“nothing” exist? It's just about useless to put this into words,
because there is no referent for the “no-thing” that I'm talking about.


So, how it is that our children, grandchildren, and maybe great-grand children will end up paying off a deficit is WAY beyond me!

If the situation is absurd as it is presently framed and thought about,
then it's time to think about it in different ways. And you're
certainly giving us a good start and heading us in that direction. May
I politely ask for more? :)

…and on a previous topic, but still under the general banner of “if only it
was this easy,” I certainly wish “just an email” could do the trick.
And only TIME WILL TELL! :) “LOL” as they say on the internet!
:)

WHAT IS, IS and sure ain't NO ISER and Ain't IT just so !

YOUR polite request WILL B granted and SO B IT !

“Brick in the Wall” says that too much “education,” sophistry that keeps us all doing our busy-busy every day for the sake of the economy, can keep the truth
from being spoken, and that's certainly the case. However, I think
that what you are saying is not that type of talk at all. I DO think
you are going somewhere new, and I'm looking forward to the postcards
from your travels. Thank you! :)

Karl Jaspers said … ”Other men of great stature may have been equally important for smaller groups but when it comes to broad, enduring influence over many hundreds of years, Socrates, Buddha, Confucious and Jesus are so far above all others that they must be singled out if we are to form a clear view of the world's history”

I HAVE been “in the planning” of a very special series of postcards for several years and IT IS absolutely apparent that NOW IS THE TIME to share them with, whomever would listen. Brick in the wall IS predominantly a manifestation of just one of the TWO SIDE PERSPECTIVES of the mobius-strip-like journey of LIFE but, as with ALL stages of that journey, Brick in the wall offers the alternative perspective that ”you can't have your puddin' unless you eat your meat laddie” and it's as much for the human race to understand that the real change solution design can only happen IF the “laddies” first take on board that they are as much to do with the problem as the problem itself.

ALWAYS, of course, being cogniscent of the fact that the real change solution design must be one that works from within the OLD ORDER MIND-SET, as the Trojan Horse it self, to facilitate the transition to the NEW ORDER MIND-SET without having to create a NEW ORDER Trojan Horse, the difficulties of which were so well understood by Machiavelli himself.

Jürgen Habermas and other great temporary thinkers and scientist took lots for his work about communication and communication theory from work of
Jaspers.

Some -like Tich Nhat Tanh -speak about a collective Buddha-

However, without written teaching of personally identiyfable living teachers
and pioneers I see no possibilty to name new ones for 21st century.

And it IS necessary to proclaim a new axis age.

Children are the greatest teachers IF you take them on board, and give them opportunites to help.

I spent the afternoon with a 5 yr old girl who made get well cards for kids in the hospital. They know what to do, instinctively…feel it in
their hearts without bias. I would give anything to see a bunch of
world leaders in a room with some 5 year olds and asking them for
answers to this beauty, and mess they will inherit. Start by giving the
political leaders children advisors. And make a rule no one can wear a
tie to the meetings, and everyone has to wear slippers and bring
colors and paper…..and draw a picture of Humpty at the end of the
meeting to donate to some kids in a hospital.

Oh and of course they have to bring a nutritious lunch with them….no expensive heart
attack on a plate lunches. I am a strict mother….but the crew has got
to be able to sail……..hence tend the mast of hope. :)


FOG HORN BLAST….Big bright light from the lighthouse…..right on the children.

HELLO CAN ANY BODY HEAR?

ONLY IF THEY ARE LISTENING !

THE MAN who could tell the truth.

Orwell's work is always about the basic question - WHY do we live like this?
and “Nineteen Eighty-Four” is the best demolition of totalitarianism.

A welcome reminder, however Stalinesque Mr.BIG BROTHER Brown becomes,
that there IS light at the end of the tunnel, even IF the VOICE of the PEOPLE
will not be heard for another 360 days !

In the meantime there will be no recovery without sound finances;
immigration is not an insoluble problem; David Cameron must
NOT rest on his laurels if the PEOPLE of the UK are to be convinced of
the fact that his agenda can actually KILL OFF big government for good;

and LIFE inside the Downing Street Bunker will no doubt GO ON and ON ?

THANK GOODNESS someone was listening to Jeff Randall !

As Albert has quite rightly commented above -

Jürgen Habermas and other great temporary thinkers and scientist took lots for his work about communication and communication theory from work of Jaspers.

Some like Thich Nhat Hanh speak about a collective Buddha.

However, without written teaching of personally identiyfable living teachers and pioneers I see no possibilty to name new ones for 21st century.

And IT IS necessary to proclaim a new axis age.