I WOULD HUMBLY 'PROPOSE TO SUGGEST' THAT THE ... GLOBAL MODEL FOR POST COVID SURVIVAL of ALL the

PEOPLES of EVERY NATION • as CUSTODIANS of the entirety

of THE PASSENGERS of SPACESHIP EARTH  •  should 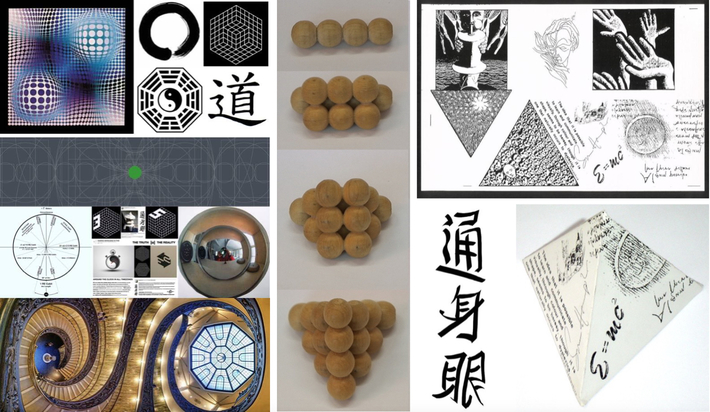 SO in the context of first starting with Escher's most

artistic spherically mirrored [RE]presentation of SELF,

[BE]ing utilised to establish a 20 strong structure of ten

female and ten male individuals, in no dissimilar manner

constructed • as well as a children's magnetic ball & stick

standing concept of establishing a NEW MODEL for the UN,

would now comprise an equal number of female and male

representaties • totalling 1200 persons in all • working

on a PLAN of ACTION to implement the concepts of

Michael's VISION 3000 in a manner that reflects the

LIFE [IS] NOT A RACE but in[DEED] a JOURNEY

THE POWER of VISUOSPATIAL THINKING IS THE POWER which ... SETS THE WORLD on FIRE to the BEAT of NATURE's DRUM which Gregory has so succinctly proposed thus...
"There is no doubt that a new era is merging for consciousness to be liberated and the actual archetype is the taiji yin

yang and its little known relationship to time [4D]. That said, a partnership with Nature shifts and we become [ONE] WITH•NOT separate FROM and this amounts to a new beginning that recognizes Nature with a capital "N". This time frame restores order putting man made time in perspective as an invention not reality."

JUST imagine how a Global System such as this could

equitably address the issues of ethnic, religious and

political mind[SETS] and replace them with a singular

solution • mind[SIGHT] which would mirror NATURE's

own yin&yang development of the SARS/COVID VIRUS

to keep us all in our place, as the potential gatekeeper

of the FUTURE of LIFE on this PLANET EARTH.