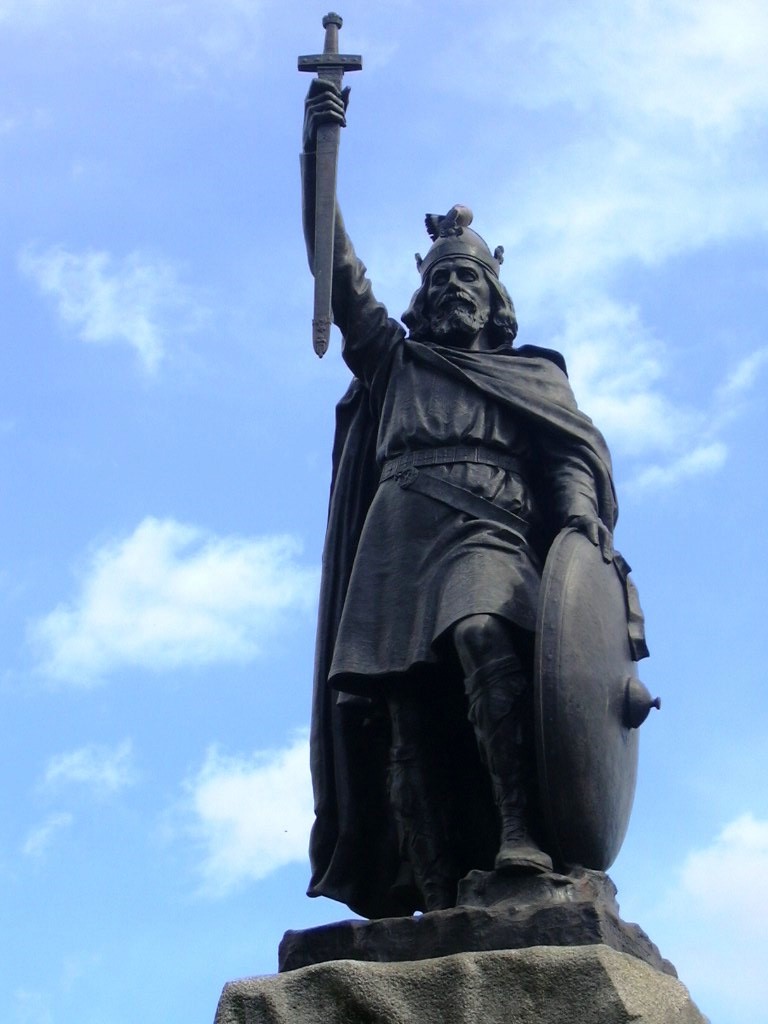 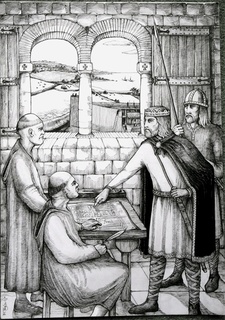 Everyone knows of the Runcorn-Widnes railway bridge, but of the thousands who cross it, few will know that it is officially the “Queen Ethelfleda Viaduct”, because the LNWR when building the bridge discovered the foundations of her ninth century castle.


Ethelfleda’s name is also spelt Ethelflaed, Ethelfrida and Aelfred. This “Lady of the Mercians” was the daughter of Alfred the Great, of Wessex, sister of King Edwrad & wife of Ethelred, Earl of Mercia.

She was a formidable character in English history, with many Cheshire connections. Little is known about her personally, because of the shortage of documents written in the so-called “Dark Ages”, but also for another reason. Her brother, Edward the Elder, did not like his enemies to know he was dependant upon his sister to hold the North West for him.

His chroniclers therefore tended to ignore, or belittle HIS efforts - in no uncertain way than has been the case, throughout history, for the mediating influence of the feminine on the predominately patriarchal control of our masters.

Alfred the Great's grandson, Athelstan was the first king of all England. He reigned between 925 and 939 AD. A distinguished and courageous soldier, he pushed the boundaries of the kingdom to the furthest extent they had yet reached.

In 927 AD he took York from the Danes, and forced the submission

of Constantine, King of Scotland and of the northern kings. All five

of the Welsh kings agreed to pay a huge annual tribute. He also

eliminated opposition in Cornwall. In 937 AD, at the Battle of

Brunanburh, Athelstan led a force drawn from Britain, and defeated

an invasion made by the king of Scotland, in alliance with the Welsh

and Danes, from Dublin.

A few pieces of very fine examples of Opus Anglicanum have survived,

St Cuthbert, probably in the 930s, after being given by King

Athelstan; they were however made in Winchester between 909

and 916. These have been referred to as "works of breathtaking

brilliance and quality", including figures of saints, and important early

examples of the Winchester style, which were no doubt discussed by

the Pope. Under Athelstan, law codes strengthened royal control over

his large kingdom; currency was regulated to control silver's weight

and to penalise fraudsters; buying and selling was largely confined to

the burhs, encouraging town life; and areas of settlement in the

Midlands and Danish towns were consolidated into shires. Overseas,

He was also a great collector of works of art and religious relics, which

their support. He died in 939 AD at the height of his powers, and was

buried in Malmesbury Abbey. This was a fit burial place for him, as he

had been an ardent supporter and endower of the abbey.

Little is written of this man, who with the guidance of his grandfather

and an unbelievable depth and breadth of education - through strength

of will and negotiation, continued the work of his grandfather to

establish the code of legal civilisation which endures to this day.