On the fourth day of Vladimir Putin’s ... ... deranged war with Ukraine, the Russian president’s plans appeared to be going awry. Russian troops were deserting and others were being forced to scavenge for food, looting local supermarkets while armoured vehicles were being abandoned at roadsides, having run out of fuel. In Kharkiv, the advance into Ukraine’s second city was repelled on Sunday after fierce fighting and in Kyiv, the city’s mayor said Russian soldiers were no longer in the capital and that “saboteurs” continued to be “detected and neutralised”.

Putin had hoped the costly war - estimated at £15 billion a day - would be over quickly. The next 48 hours will be critical and there will be a deep, deep concern that the Russian military, in desperation, will use more violent weaponry against Ukraine’s civilians to force the country into submission. But for now Putin’s troops are bogged down and his war is a mess. 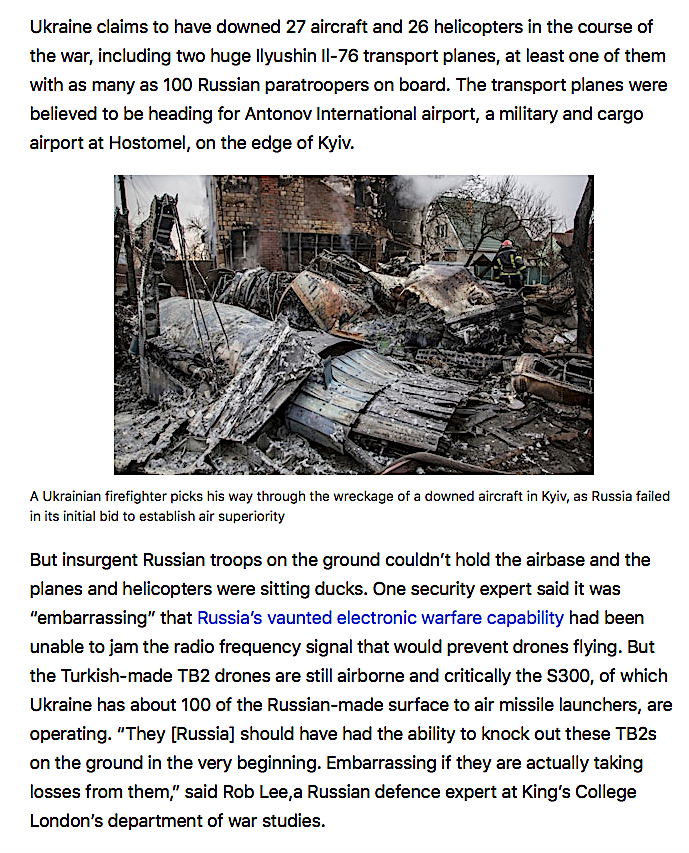 Britain is Europe’s superpower in cyberwarfare. It has the most advanced offensive capability in European Nato, with the means to retaliate all the way up the escalation ladder in an economic and digital war with Vladimir Putin over Ukraine.

The cyber divisions are worth more than aircraft carrier battle groups or nuclear weapons in the particular circumstances of the Ukraine crisis. They are enough to weigh seriously in Kremlin calculations over the next two critical weeks. After that, Mr Putin’s temporary gas advantage depreciates rapidly day by day. “The US and the UK are the West’s number one and two in cyberwarfare,” said David Livingstone, a cyber expert at Chatham House. Israel is at the same level.

“The Russians know if they attack our critical infrastructure or go for the National Grid, they can be absolutely certain of a tit-for-tat response in kind. I think Putin would be extremely cautious about using cyber as a weapon beyond Ukraine,” he said. 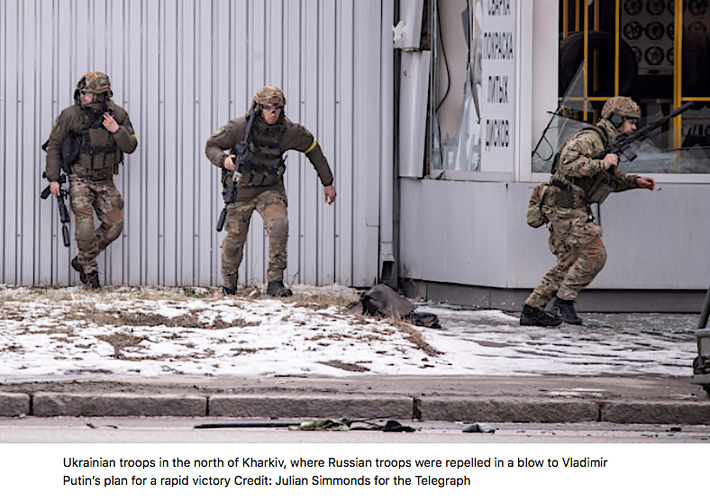 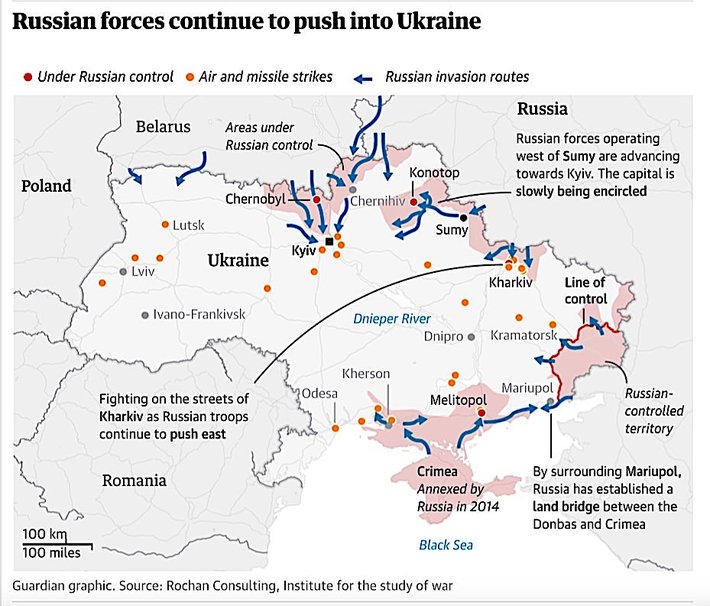 The EU announced it would fund weapons supplies

to the Ukrainian armed forces, including fighter jets,

including the private jets of oligarchs, and banned

the Kremlin’s propaganda channel RT, and its news

agency, Sputnik. BP announced it would divest its

Rosneft. Turkey declared that it would close the

Bosphorus and Dardanelles straits to the Russian

navy, stopping its vessels moving between the

Mediterranean and the Black Sea.

Sweden will send military aid to Ukraine, including

Sunday. A rare emergency session of the UN general

assembly has been called to discuss Ukraine,

starting on Monday. Russia voted against it, but was

unable to stop it. It is likely to underline Moscow’s

meeting between the president, defence minister,

Sergei Shoigu, and the chief of the general staff of 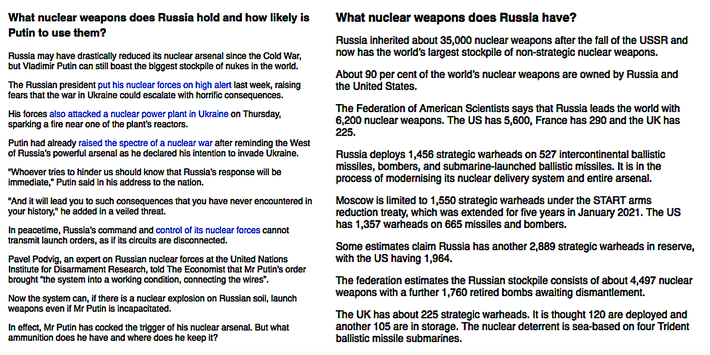 The United States immediately denounced the latest escalation by the Russian President. Linda Thomas-Greenfield, the US ambassador to the United Nations, said: "President Putin is continuing to escalate this war in a manner that is totally unacceptable."

Liz Truss, Britain's Foreign Secretary, had earlier warned any use by Russia of its tactical battlefield nuclear weapons against Ukrainian forces would represent an "extremely serious escalation" of the conflict. On Monday morning, Ben Wallace, the UK's Defence Secretary, accused Russia of posturing.

"We've looked at their posture. There isn't a significant change," he said on LBC radio, adding that the Russian leader was trying to "flex muscles" with his invasion of Ukraine bogged down. Mr Wallace said he had assured his 12-year-old son: "No, we're not going to have a nuclear war. "What I've said to him is, look, President Putin is dealing at the moment in a rhetoric, he wants to distract from what's gone wrong in Ukraine, and he wants us all to be reminded that he has a nuclear deterrent." However The Nato Chief, Jens Stoltenberg, said: "This is dangerous rhetoric and irresponsible behaviour on Putin's part."