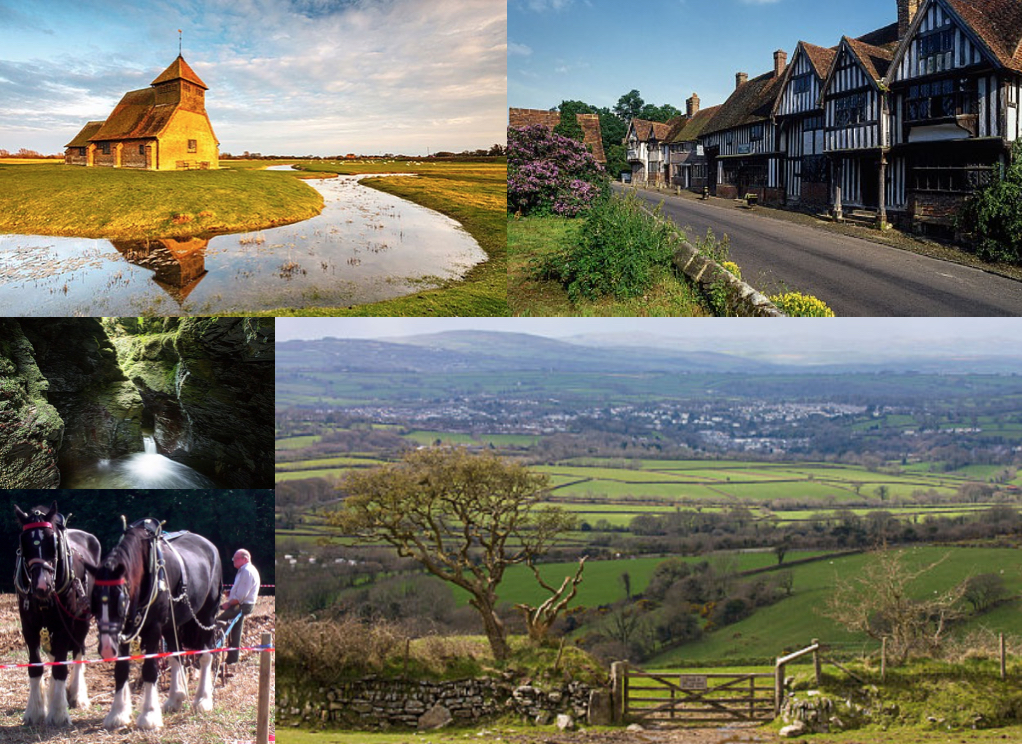 let alone Canada or the United States, you can drive for miles and

the countryside looks the same. On the edge of a continent, our

geology is so mangled and crushed that the scenery changes


If Miss Huntingdon-Whiteley looks west from Devon, she sees Cornwall, all coves, granite and pixies. I’m brought to my knees by the wild flowers of the Lizard. When she turns east, she’s got Somerset (combes and King Arthur) and Dorset (manor houses and Thomas Hardy) – two absolute stunners, each quite different from Devon and each other. And that’s not even to mention Yorkshire, which is obligatory on occasions such as this because, good heavens, will somebody from Yorkshire tell you about it if you don’t.

This is an English thing. We’re passionate about counties. Alas for the Scots and the Welsh, they’ve lost their old counties, and the modern ones are too two-bit to care for. I suspect that even the old ones were the wrong scale. I enjoy lecturing to Americans about Floors Castle (rhymes with “purrs”) in Roxburghshire (which swallows its tail and is pronounced “roxburrah”), but the county is too pint-sized in dimension to achieve critical mass. By contrast, English counties are ancient – some go back to the Saxon period – and are just the right size.

However, Miss Huntington-Whiteley was right about Devon only up to a point. It isn’t the very nicest place on the planet. Obviously, that’s Kent.

I don’t need to spell it out, do I? Picture a half-timbered village, folded among apple orchards and hopfields – that will be Kent. Think of the loveliest of country houses – Penshurst, Knole, Leeds Castle… Kent again.
Winston Churchill, with his unerring feeling for Englishness, loved Chartwell, looking over the blue remembered Weald.

Then there’s the Channel. That slip of water didn’t just keep people out – though if you wanted a symbol of English fortitude, look no further than the White Cliffs – it was for centuries the highway that brought people here. Julius Caesar, St Augustine… both landed in Kent, the latter founding Canterbury Cathedral, which I was privileged to see by moonlight last month. Sublime.


Devon? The greatest county IS ...

On the other hand, is this diverse variety of NATURE not at the

core of what constitutes, THE curious case of BEING BRITISH.