operations of the CIA/USA took place, when US-trained Tibetan guerrillas,

who had been flown back to Tibet after training outside the country,

helped the legitimate spiritual and state leader of Tibet, the Dalai Lama,

hundred's of miles through tortuous mountain passes to the Indian

and equipped guerrillas and he and his escort were sustained continuously

with supplies dropped by C-130 Hercules that, finally enabled his

successful escape from the Chinese Communists. Since the Dalai Lama

fled Tibet and was given refuge in India, relations between India and the

People's Republic of China have continued to deteriorate, following the

Chinese takeover of Tibet and their subsequent unprovoked invasive crossing

of the border into India, which was a direct response to India providing

sanctuary for the Dalai Lama and his government in exile.

about the need of a.n.other 'invasive crossing ' of a geographical border,

Always assuming of course that the world does not

awaken to the prescient warnings of  Jaron Lanier. 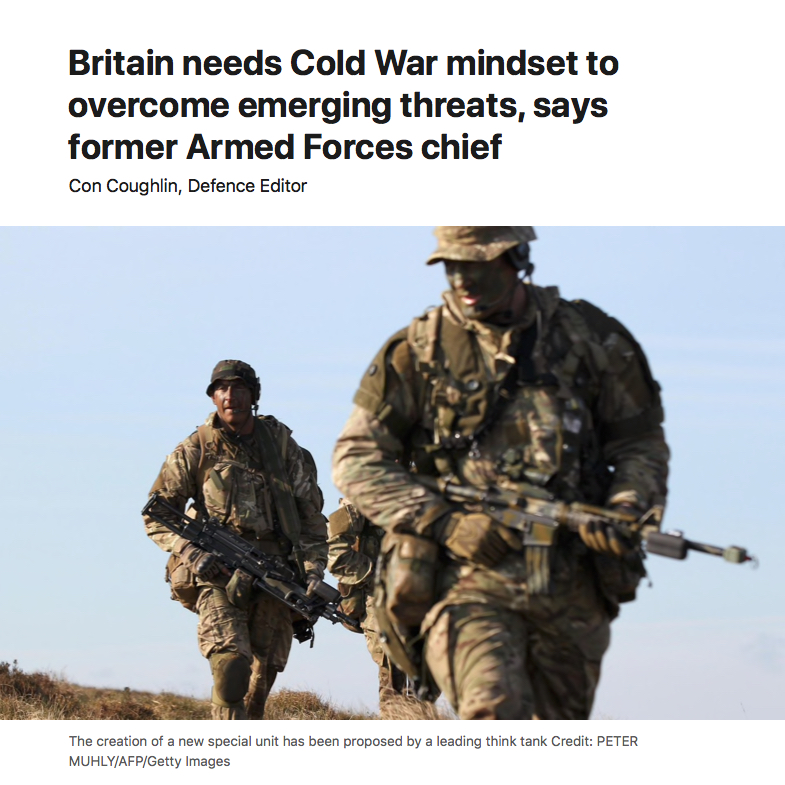 The former head of the Armed Forces has backed a proposal by a leading think tank to create a special unit based at the Ministry of Defence which is dedicated to identifying and assessing emerging military threats. "Britain needs to rediscover the mentality that helped to win the Cold War if we are to deal effectively with emerging threats like Russia and Iran,” said Lord Richards of Herstmonceux in an exclusive interview with The  Telegraph.

"All too often in recent years, Britain has found  itself being caught by surprise by the actions of hostile states, whether it is Russian acts of aggression in Crimea and Ukraine, or Iranian meddling in the affairs of pro-Western Arab countries, such as the Gulf states.”